I am excited to unveil the cover to the third, and final, Beyond the Spiderwick Chronicles book. This is also the grand finale to my favorite faerie series. 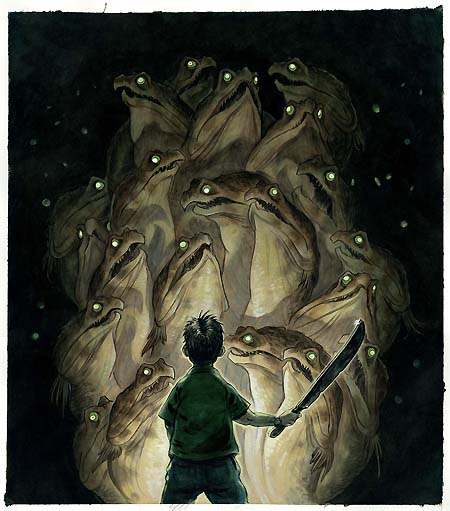 This arrangement, of a character facing off with another, is a composition I’ve used throughout all of the Spiderwick books starting with book 1. I thought it would be fitting to use it here as our hero, Nick, faces the “big bad” of the trilogy – a creature not described in Arthur’s Field Guide… 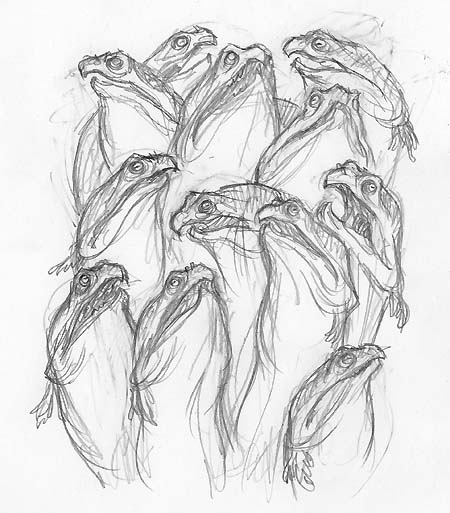 The preliminary sketch was done in pencils, and a tonal study followed which was rendered digitally. Once the sketch was approved, it was enlarged and transferred to bristol board where the final painting was rendered in Holbien acryla guoache. 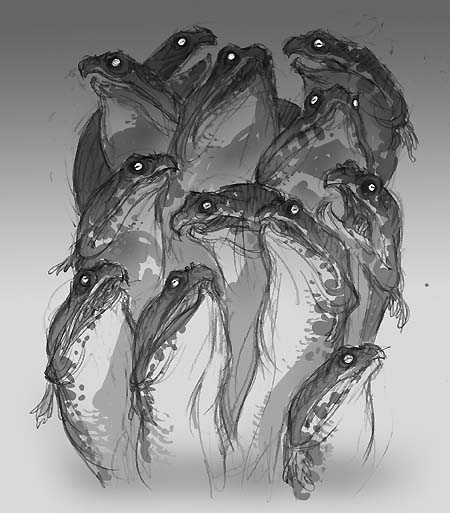 The art director and I thought the scene would read more dramatic if Nick was reduced in size, giving the creature a more ominous presence. This change was done in Photoshop, and you’ll be able to see the slight difference once the book comes out this September. Below is a quick draft with the scale change: 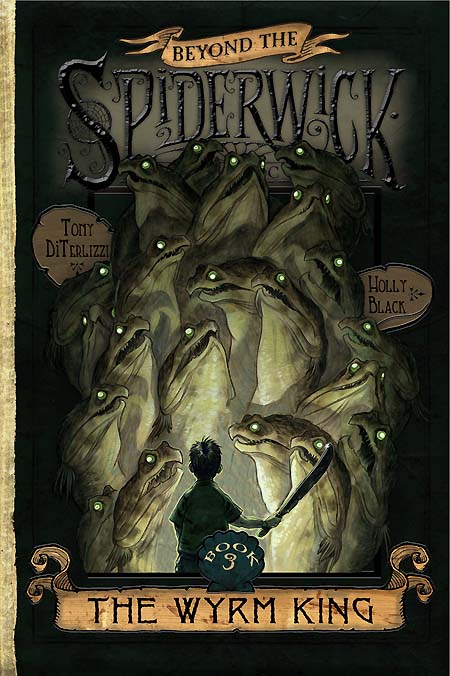