“Wonders of the Future” Winners!

My latest contest seemed simple enough, but in fact, it was a rigorous exercise in imagination: show me your vision of the future.

We’ve held several contests on the site in the past, and I am always touched by the amount of time and thought that go into each entry. Fellow judges Angela and Ashley (my assistant) enjoyed going through the wonderful imagery.

We received creative entries like Caleb’s “Splotch Bot” (which I could use in my studio): 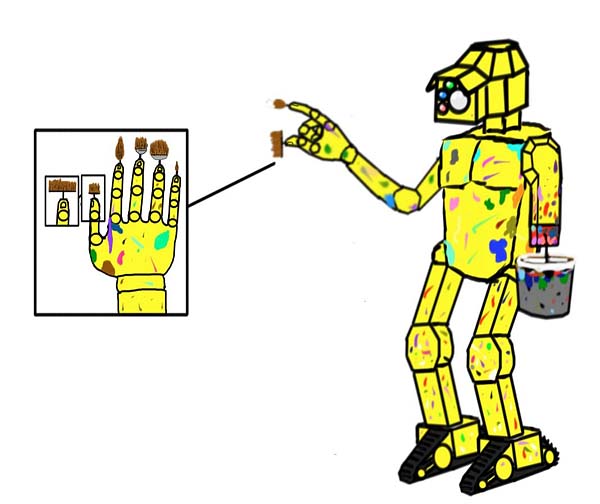 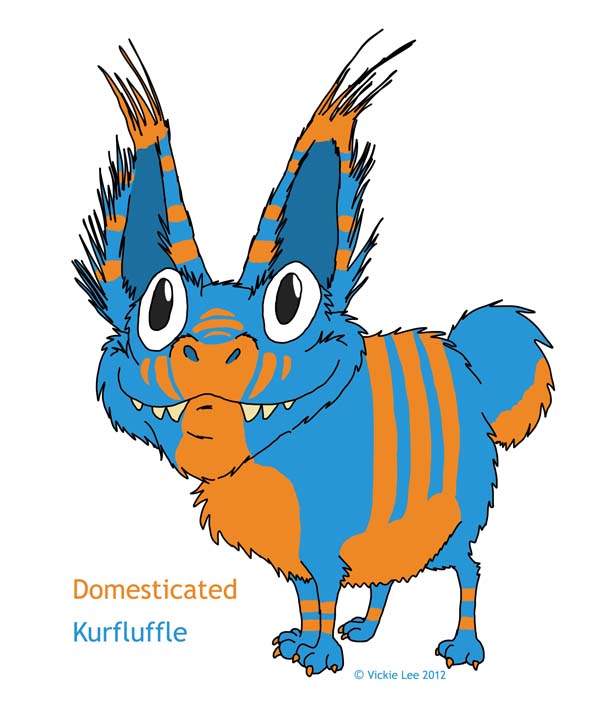 …both of which were fun, well-rendered designs. We also loved Grace’s “Mammoth Earth Star”, which she says:

“Fungi on Earth has adapted well to hundreds of years of drastic climate change; the Mammoth Earth-star is a fungus that grows 50 feet in diameter.Because the earth stars are hollow inside, they’re frequently used as homes for people living on plains and in forest areas. They only have a 6 month life span before they start to decay, but people harvest the spore pods on the top of the fungi to grow new homes while they’re current home is still stable.  Because the fungi grow so fast and the spores are so plentiful, no one has to be homeless, and everyone (even city-dwellers) has the option of living the nomadic life.” 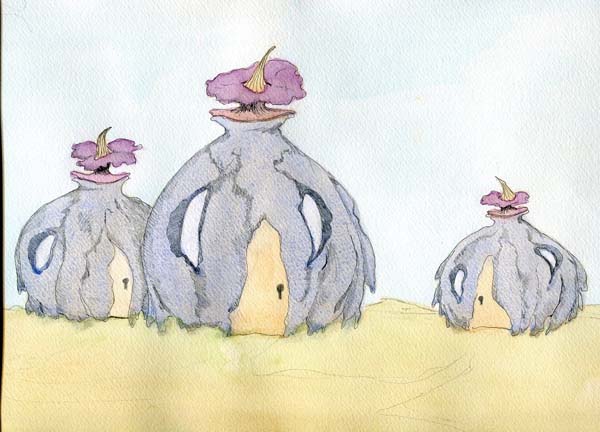 Pretty cool, huh? The entries were so fantastic that we decided to award two runner-ups (each receiving an Advanced Reader’s Copy of Hero for WondLa). The first runner-up is Rachael for her “Dream Sphere”. Check it out:

“Have you ever had trouble explaining the images inside your head?  If you’re an artist it usually isn’t hard to transfer your ideas into reality. Unfortunately, not everyone is an artist, and I believe everyone should have the opportunity to express their imaginations.  Enter the DreamSphere!  With this lovely gadget, anything that goes through your head (pictures, dreams, thoughts, poems, anything!) can instantly be displayed for all to see.  They can even be printed or instantly transferred to the Internet!” 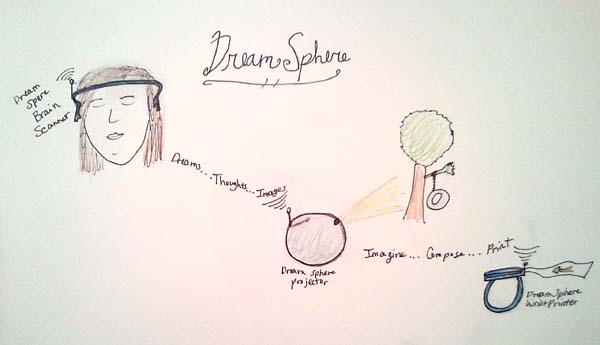 I’ve worked for 40+ years to have the ability to get what’s in my head onto paper. I’d love to don my “Dream Sphere” and go to town. And I’d likely do it in my cozy studio within our second runner-up, Tori’s, “Green City”:

“My vision of the future is a green city that includes little use of natural resources. The Eco-friendly buildings are built above the treeline so they can best take advantage the energies from the sun and wind. The earth below is left to rejuvenate as its original design dictates. The technological advances include floating buildings and flying cars, all of which take advantage of being green. The architecture reveals the unification of all cultures in that man is no longer warring against man and nature.” 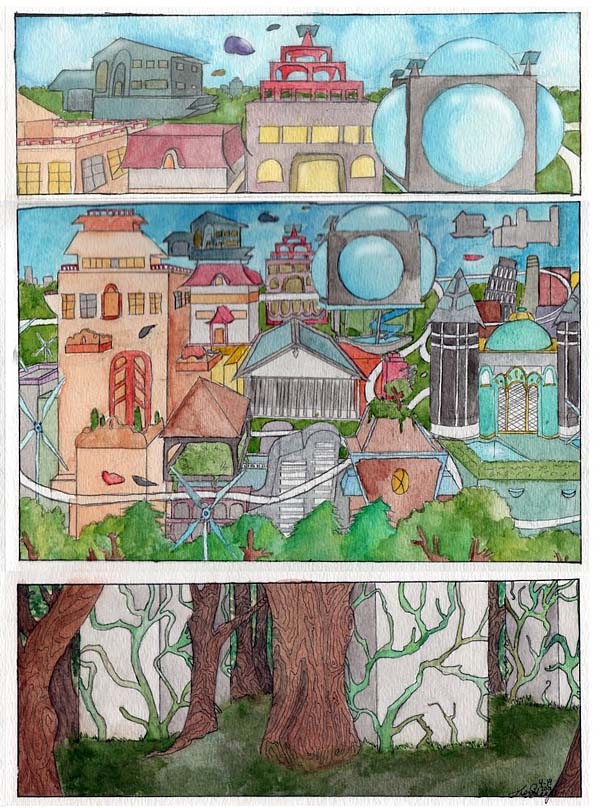 Tori’s was one of several entries that dealt with trying to alleviate the footprint that mankind has put on the planet, which inspired me greatly.

The grand prize, however, went to 14-year old Gabe. His artistic ability is exceptional for his age and is rivaled by his unbelievably awesome imagination:

“In the future, I believe that humankind’s meddling in genetics and science will create a vast range of strange creatures. I chose to depict a few choice selections from this menagerie of the future in their natural habitats. Included here is the Diamondeer, the e-Owl surveillance comp, and the electric daffodil. The few explorers who have ventured into the wasteland-tundra outside of any future metropolis have returned as very different people.” 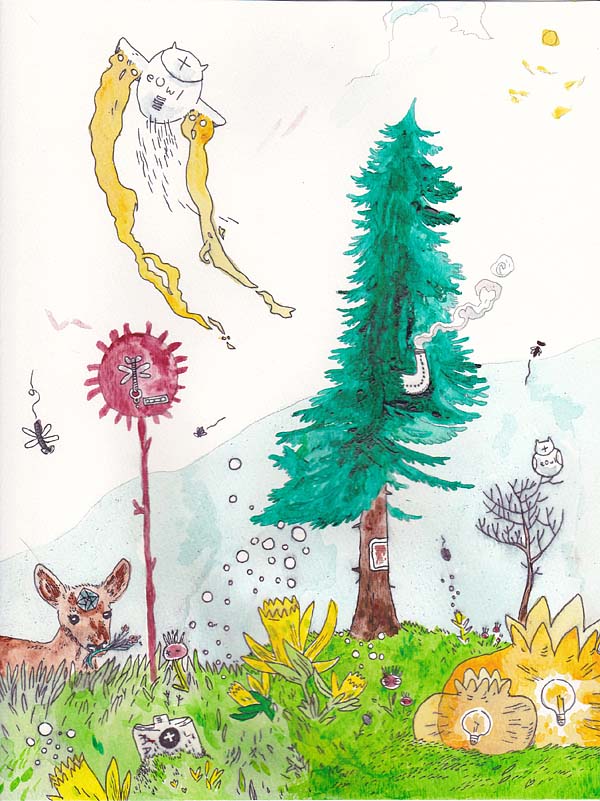 Congratulations to the winners and THANK YOU all for participating in such a challenging contest. Let’s do it again real soon!