Whoa, they made a film? Outta my books!?

Angela and I just returned from the Los Angeles and New York premieres of The Spiderwick Chronicles movie. We watched the film in both venues (this makes it my 6th time seeing it) and celebrated its completion with Holly and the cast and crew. It was a whirlwind of interviews, photographs and fancy clothes…and in the blink of an eye it was over (that is, until we head out to promote it in the United Kingdom next month). 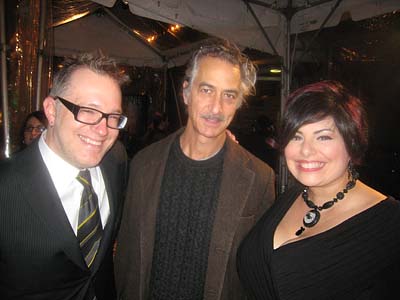 So, as many have asked, what has this been like? How does it feel to have a film adapted from your books, stories, characters and art? Many words come to mind:

..but I don’t think they quite convey the mixture of emotions that myself, Angela (and Holly) have gone through. So I’ll tell this little tidbit of a tale in hopes that it illustrates how I truly feel about all of this. 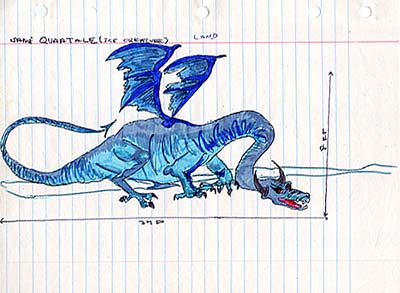 Back in the summer of 1982, I made a little book called Gondwanaland. In it, a group of scientists discover an island full of fantasy creatures and record their habits, habitats and images. It was written and illustrated by a 12 year-old incarnation of me, and it came from a naturalist’s perspective. I was greatly inspired from the game Dungeons & Dragons, books like Brian Froud & Alan Lee’s Faeries, and films like Star Wars and The Dark Crystal – all things I’ve rambled on about in this blog before. 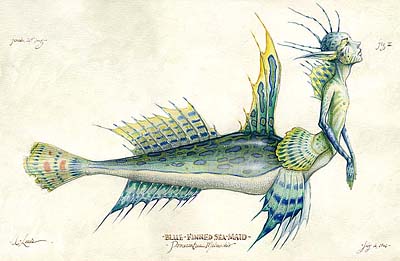 I forgot about the book for some time, but returned to it in the 90’s while I was contributing regularly as an artist for D&D and the Planescape role-playing game. I began redoing some of the illustrations and approached TSR about publishing a field guide to faeries, trolls and goblins. They declined, and I moved on to achieving my dream of creating books for children. 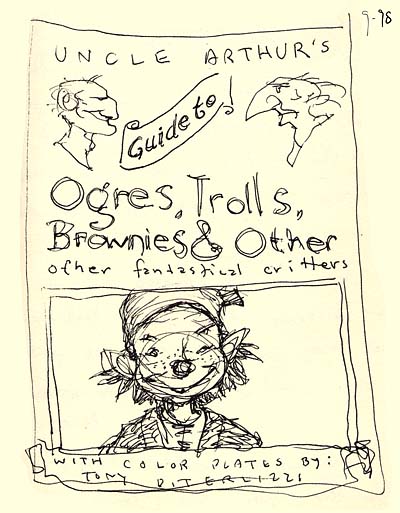 I did some picture books, won a couple of awards, and (at last) had the opportunity to create my field guide with the help of my good friend, Holly. On top of the Arthur Spiderwick myth, we told the story of Jared, Simon and Mallory Grace – and how dangerous the real world of faeries can be. We had no idea if children would like it, but we sure enjoyed crafting the tales. 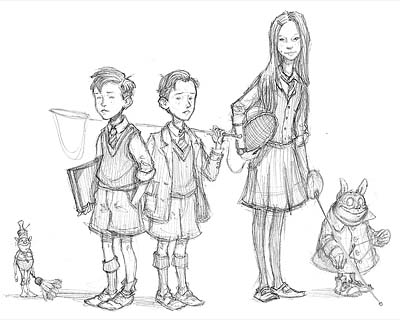 To our delight, the books were well received: teachers, librarians and critics loved them, kids and parents loved them, and Nickelodeon & Paramount Pictures loved them – I figured I was dreaming: I was still 12 years-old, and my mom would wake me up for school any minute.

Mark Waters signed on as a director (fresh off of his hit Mean Girls). John Sayles wrote a draft of the script. Phil Tippett and Industrial Light & Magic came on to create the special effects for the film. Celebrated actors like Nick Nolte, Martin Short, David Strathairn, Mary Louise-Parker, Sarah Bolger and Freddie Highmore signed on to play the roles of characters Hol and I created – and all the while, all I could think was “My mom is going to wake me up any minute now.” 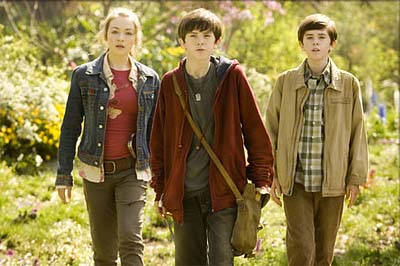 In short, the final film is fantastic. It breathes the same air the books do. It’s dirty, organic, richly visualized, and fast paced. There are no glittery tinkly faeries here, just celluloid spirits re-forged from the old folklore that had inspired me all these years. It’s a thrilling, raucous ride with a little heart and soul, and I feel like…like…a 12 year-old when I watch it.

Maybe I am dreaming – or simply, this is what it feels like when a boyhood dream comes true.

I hope you enjoy the faeries (and the film).