TO INK OR NOT TO INK?

Because Kenny and the Dragon is aimed for the same age reader as Spiderwick, I wanted to make a conscious effort to give it its own identity. To that end, my editor suggested illustrating the book in halftone pencil drawings versus the ink drawings that I’ve done for the Spiderwick books.

Since I am captivated by the work of sketchy-type artists (like Peter DeSeve and Heinrich Kley), and curious about that initial doodle that comes straight from the mind, I was excited about this approach. So, for the initial book layout, I did quite visualized and detailed sketches – more so than the loose gestural stuff that I do for a Spiderwick book. 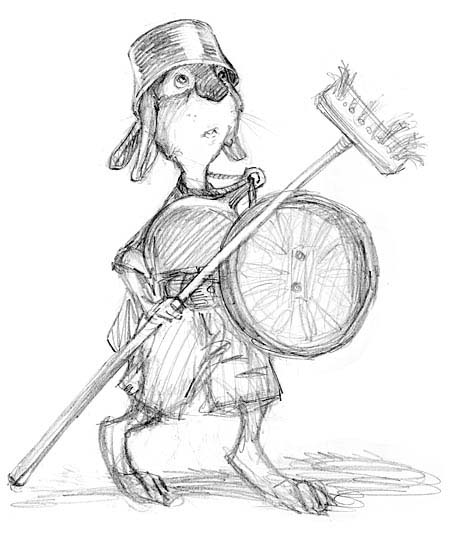 Then, after we (“we” being myself, the editor, and art director) agreed on the sketch (and its success when dropped in with its adjoining text), I’d go back into it and tighten it up here-and-there until it was completed. 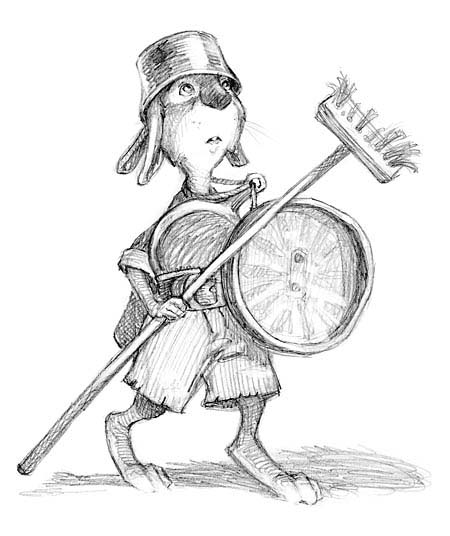 I liked the softness of the sketch. I felt it perfectly suited the tone of the story and, with the text, would make great page-spreads. But when I got the initial layouts for the book, many of the images seemed grey and ghostlike – and not integrating at all with the wonderful black type. Uh-oh.

Sure, I could bump up the contrast, but doing so would burn out some of the halftone that I was working hard to maintain. I assumed the only way the art would have equal presence was to ink it. So, despite my instinct, I went ahead and inked up a piece. 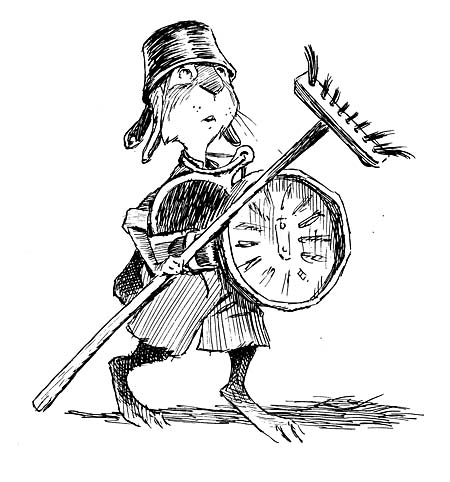 That didn’t work for me either. One of my mantras is always “to push the boundries” both story-wise and artistically – I feel it is the only way I’ll grow expressively. Inking my next non-Spiderwick chapter book seemed like a sideways move artistically more than a forward step. So I was creatively stuck. Then I thought of John Tenniel.

Sir John Tenniel, as some may know, was an illustrator for Punch magazine as well as many books including the original Alice’s Adventures in Wonderland. In fact, his images for that book have become literary icons. 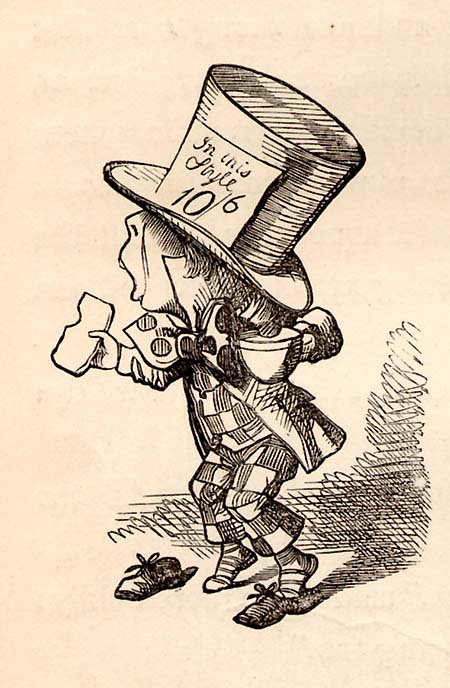 But, the finished illustrations we know and love are the product of finely detailed wood block engravings, which were how illustrations were reproduced back in the 1800s. They may look like Sir John rendered them in pen and ink, but in actuality he rendered them in pencil on a block of wood, which the engravers (in this case the Dalziel Bros. – remember my mention of them a few posts back?) would prepare for printing. 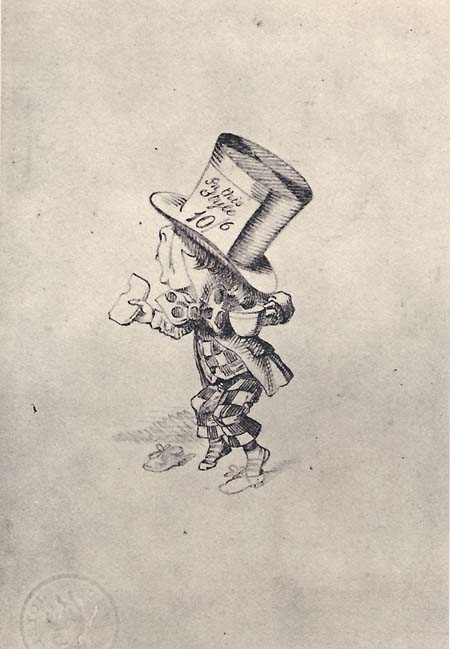 Studying a few Tenniel reproductions set me on the right path: Draw the Kenny illustrations in pencil, but render them as if you were inking it. The strokes became concise and clean, I was able to then push the contrast up on them a touch, and (most importantly) I was artistically satisfied. Whew! 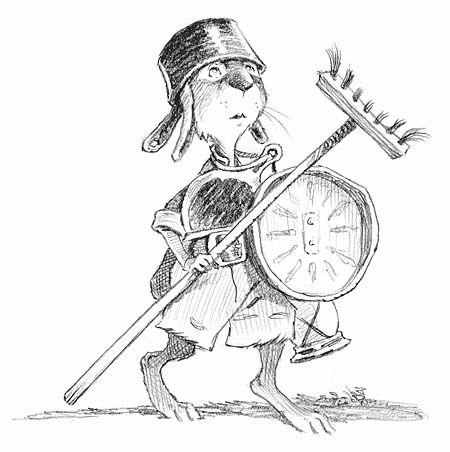