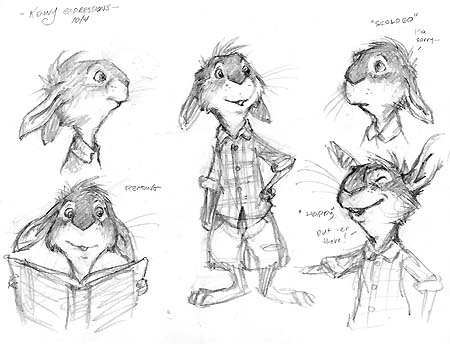 With my cast of animal characters starting to take real shape (and personality) I began building the world that they all lived in. 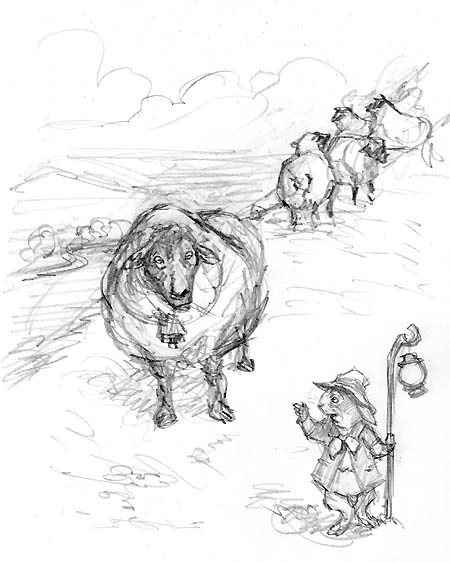 Kenny resides in a little town called Roundbrook. It is a farming community, and was inspired by our life here in Amherst, Massachusetts. Amherst is a college town, but it is surrounded by agricultural areas and the land is blanketed by rich farmland. (As an aside, they grow asparagus and corn here which Ang and I eat our weight in every summer.)

The vast spaces of fields and farms represent “the world of possibilities” both to me, when we relocated here from NYC, and to the hero Kenny. So I wanted the reader to experience the wide open landscape with most of the action taking place atop a large hill (aptly named Shepard’s Hill after the illustrator) where Kenny and Grahame can see the whole world. 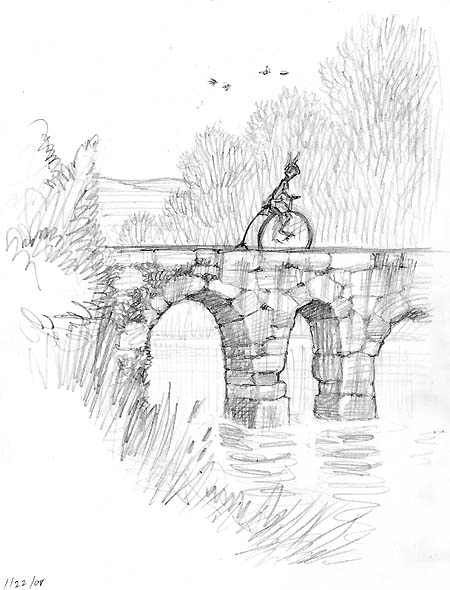 Though Kenny lives in a little farmhouse, he loves going into town. I would imagine he’ll become quite a cosmopolitan character once he leaves home to set out on his own. I based his character on myself, and my assistant Will (who does ride a bike everywhere, and would rather ride a penny-farthing over a traditional bicycle if given the opportunity). 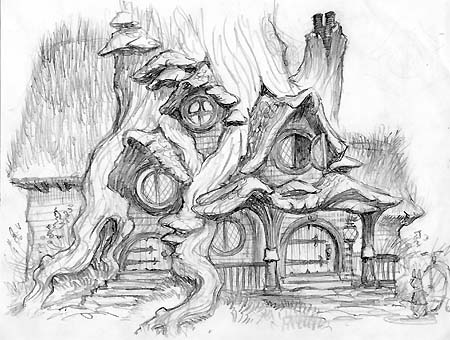 I needed to know all of this before I began designing Kenny’s world. His environment had to be an extension of him. It is steeped in nature and natural forms with hints of human elements added. I wanted the house to be so comfy you couldn’t wait to go and visit. 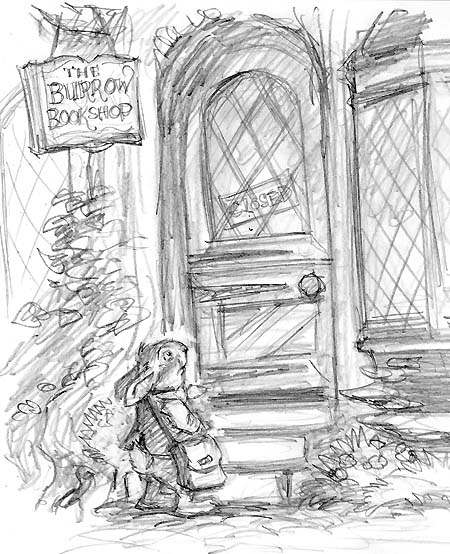 And I wanted the town to be an evolution of that. So I explored the building design of Kenny’s house and grew it into a small little bustling village – much like the main street in Amherst. Here’s one of the finished images from the book: 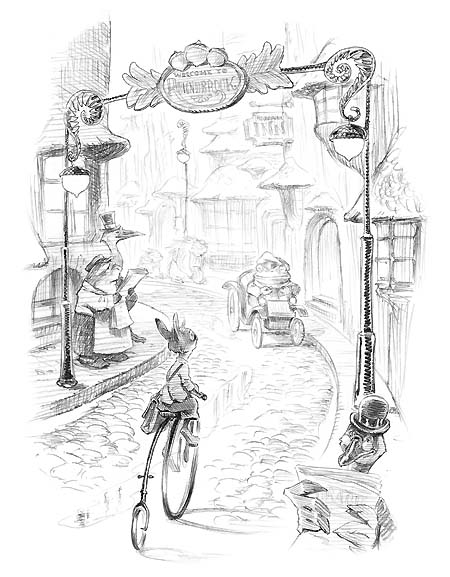