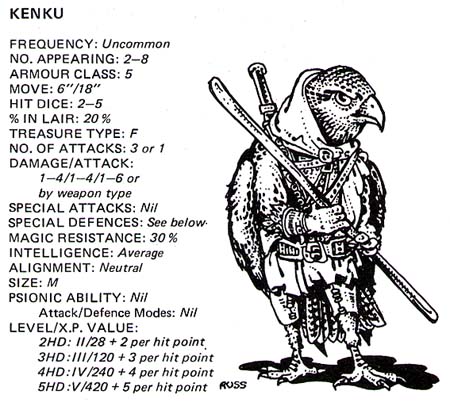 Anybody remember a critter called the “Kenku” in the old AD&D Fiend Folio? I loved that guy! I think, because I liked the idea of an intelligent human-like animal adventuring in a fantastic setting. I have always wanted to draw him, so I doodled one out a couple of years back, here it is: 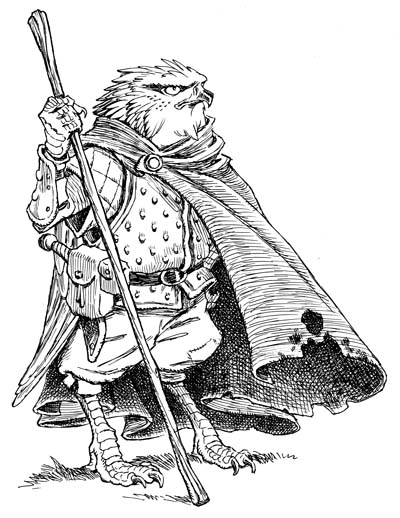 That got me thinking about creating a fantasy world where there were no humans, but animals that had taken on certain traits like walking upright, making clothes, reading, learning spells, etc.

Sure, its been done before. Obviously Brian Jacques’ Redwall series comes to mind, but then so does Disney’s film adaptation of Robin Hood (as my brother has pointed out, some of the Kenny art bears a resemblance to Milt Kahl’s work). And, of course, there is my fav, The Wind in the Willows. 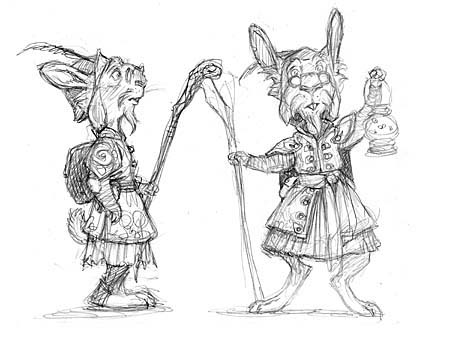 So I started with a doodle of a rabbit wizard. I thought a rabbit was a good median character: they are quite intelligent, found in a variety of environments, and are social animals – the perfect adventurer!

This sketch of my rabbit-wizard sat in my files for some time waiting patiently for a world to be created around it. Ultimately, it would set the design tone for the characters inhabiting Kenny an the Dragon. If a rabbit was this sort of persona, then I needed something obvious that could be the warrior, the gallant knight, of my tale. Immediately I thought of a badger. 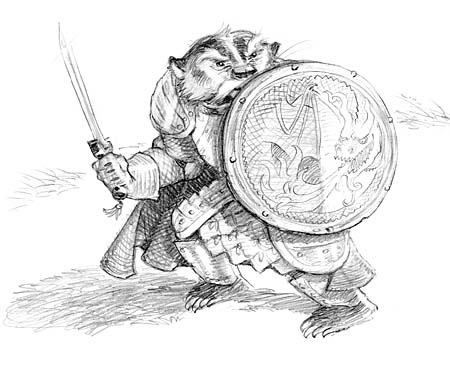 See how this begins building? My agent, Ellen, was right – a fantasy animal world was indeed the perfect setting to for my dragon to arrive in. I feverishly began to design the cast of main characters, and then began creating the environment for them to inhabit…more on that next time.