Before I post more sketches of the characters and world I created for Kenny and the Dragon, I thought I would share some of the inspirational art that I looked at while writing the story. 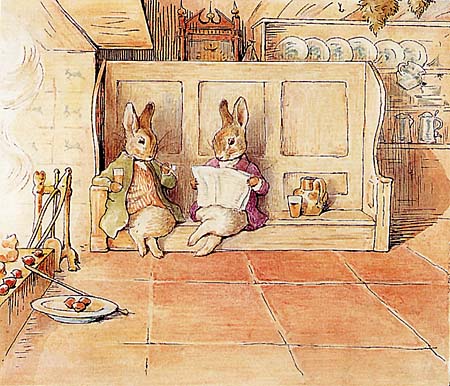 I started with the best known rabbit artist of all time, Beatrix Potter. Her technical skill and eye for detail in her numerous nature studies made her a master of creating anthropomorphic animal characters. The above shows her knack of placing these characters in an inviting environment as well. Look for Beatrix Potter Artist & Illustrator, by Anne Stevenson Hobbs, for more of her wonderful watercolors. 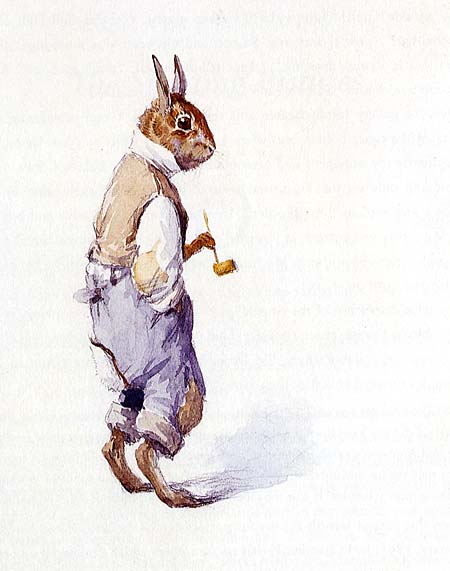 Around the turn-of-the-century, when Beatrix was becoming huge in England and abroad, the American artist Arthur B. Frost was dazzling many with scratchy frenetic pen line. Probably best known for his work on the Uncle Remus books, he also illustrated books for such greats as Lewis Carroll. Though he gained a lot of accolades for his later paintings of hunters and fisherman, I prefer the inky gesture of his book illustration. The above watercolor is from The A.B. Frost Book. 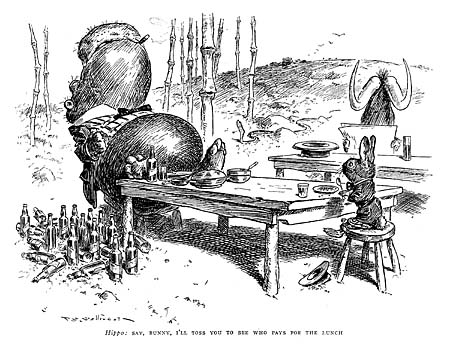 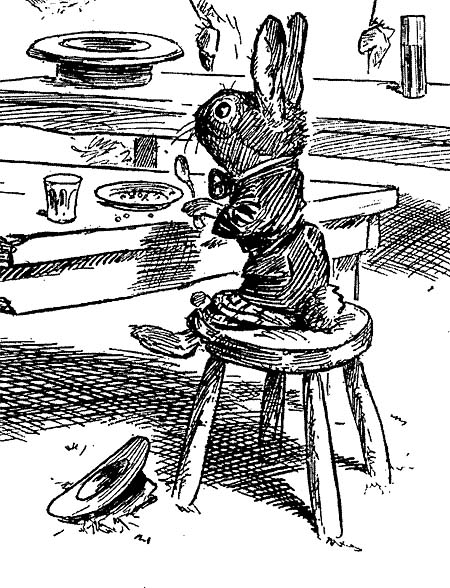 Alongside Frost was an editorial illustrator named Thomas Sullivant whose work is bit harder to find (since he worked primarily for magazines and newspapers), but Jim Vadebonceur has featured Sullivant’s deft line-work in his many issues of the magazine, Images. 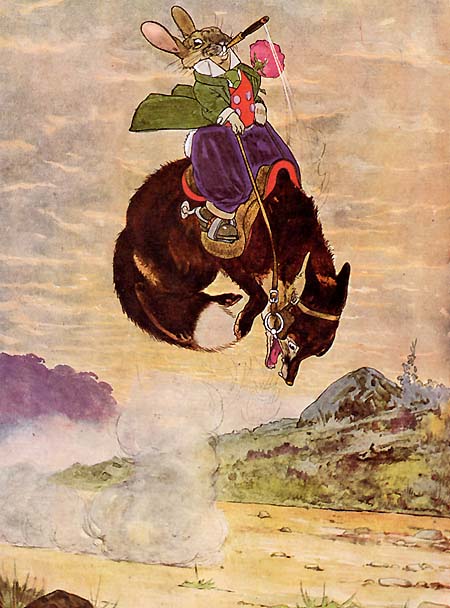 Over in New Zealand, Harry Rountree was creating fully animated scenes for children’s books and advertisements with his line and watercolor work. His rendition of Alice’s Adventures in Wonderland, done in 1908, is one of the best. The above is from his version of Uncle Remus. 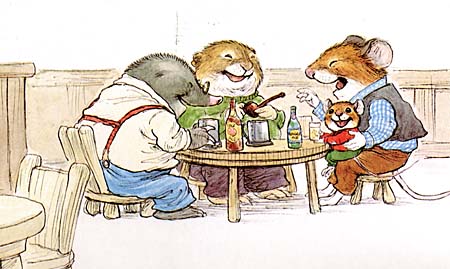 Moving forward in time, I looked at Garth Williams (as Jim G. mentioned) and Lillian Hoban (I mentioned Emmet Otter back when I was discussing dragon designs). But Wallace Tripp’s work really had a lively quality which reminded me greatly of Garth’s work. The above is from 1976’s Granfa’s Grig Had a Pig.

..so there are some of the main influences in the character designing that went on in Kenny. I hope this was an introduction to some lesser-known illustrators who will delight you as they did me. Track some of their work down, you won’t be dissapointed.