The Battle for WondLa

For my loyal readers following the adventures of Eva Nine and company, I can finally reveal the title of the third and final book in the WondLa trilogy.

The Battle for WondLa plot picks up shortly after the end of the second story, A Hero for WondLa. The story has been outlined thoroughly and I am in the process of writing the first draft, which I hope to complete this spring. In all, the writing and illustrating will take most of this year putting the release date for Battle early in 2014. 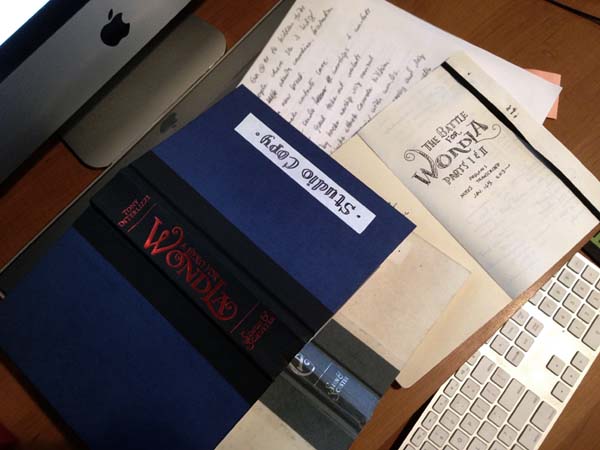 That’s a long wait, I know. But I want this finale to be exciting and deliver what has been promised in the first two installments. You will see a return of most of the main characters from both books. This includes fleshing out of smaller characters that were introduced already in the previous stories, like Caruncle from book 1:

“A grotesque, lump-faced, heavyset character strolled over to Eva. Striking cobalt blue wattles hung near its tusked snout in front of large mustard eyes. Its heavy natty jacket was worn and frayed, and it dragged on the ground, concealing most of the creature.”

Yes, the adjectives do go on a bit here. That is because I didn’t have time (or the page space) to add an illustration of Caruncle. I had sketched him out early on and used the sketch as my point of reference when I was writing him in. 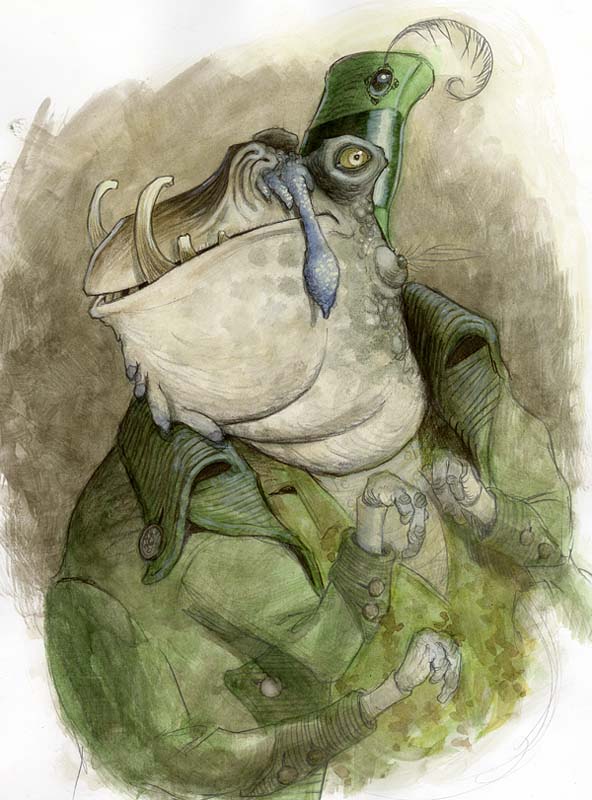 Besides revisiting some familiar faces, there will be a new character introduced as well. And sadly, there will also be a some characters that don’t make it to the end of Eva’s story. Hopefully in the end, it will make for some entertaining and imaginative reading.

Thank you all for your kind praise, interest and words of encouragement. It keeps me going. Look for more WondLa news here soon!