About a month ago I posted a bunch of old Dungeons & Dragons art from the early part of my career on my facebook page, (which were well received to my utter delight). As I scanned the dingy drawings, I realized that some were pushing 20 years old already…yikes!

This was on the heels of my reminisce of breaking into the RPG industry for Wizards of the Coast’s creative director, Jon Schindehette. On top of that was a revisit to Planescape (sort of) for Black Gate magazine’s series on the history of gaming illustration. 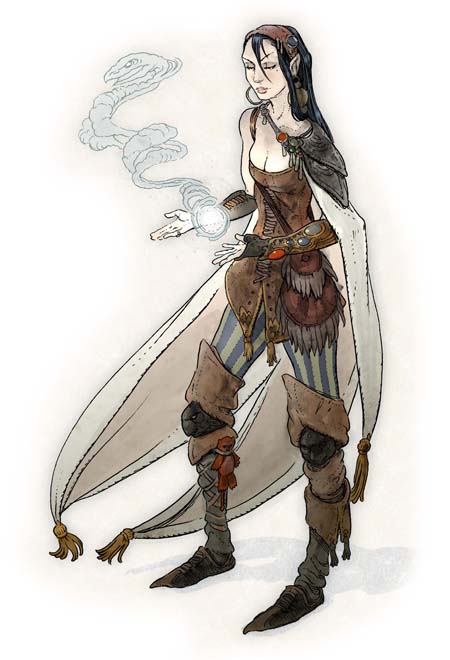 The editor for Black Gate had asked me to create a new piece using the same mediums and tools I had used in my 90’s heyday. However, I was down in Florida at the time working away on the final art for WondLa and had very limited time and art supplies. Instead, I opted to create a piece that was a more modern approach. The result was a hybrid of both art styles found in WondLa and Planescape. 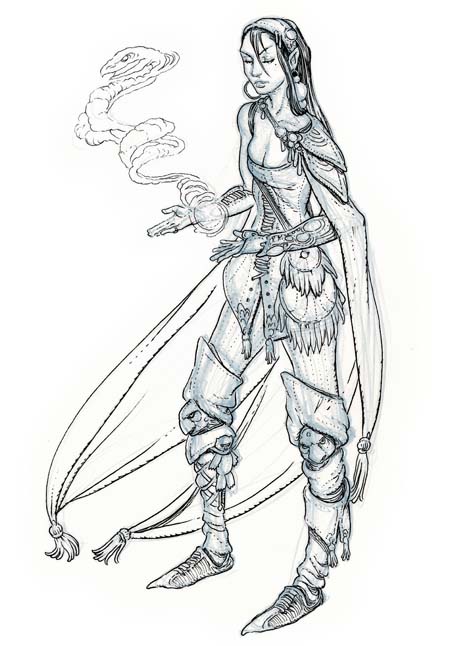 Despite the fact that the drawing style for WondLa was cleaner and tighter than Spiderwick, the inking process for the illustrations involved the usual warm-up exercises. Leading up to the Black Gate piece were a handful of old D&D and Planescape warm-up drawings (something I’ve done before).

Most of the warm-ups I do are a hodgepodge of doodles, usually focused on an aspect of the piece I am preparing to ink (like hair, buildings or plants). Sometimes, I will stick with the warm-up and complete an entire image. However, the drawing is then discarded as I slide right into inking the final art. Its sort of like stretching and jogging in place before beginning a morning run. 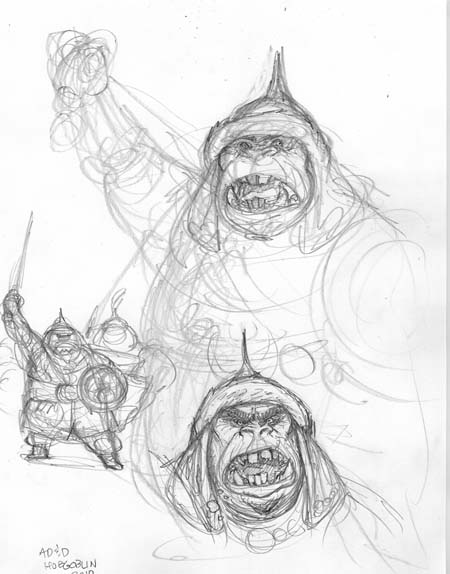 Many times these doodles are inconsequential to what I am working on. They can be favorite scenes from books, explorations for possible new characters for a story, life drawing and studies. So here’s an ink warm-up done last summer during the WondLa art session of a D&D goblin. 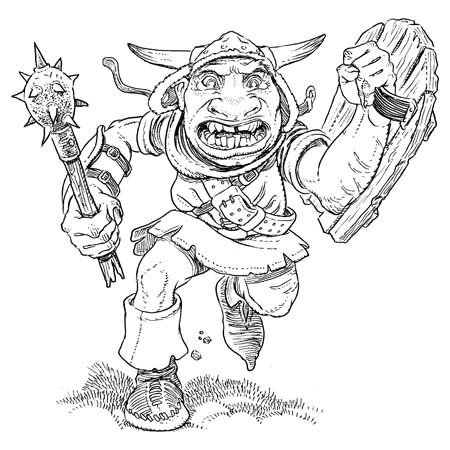 Recognize the pose? You old timers will, it’s after David Trampier’s goblin done for the AD&D Monster Manual back when boomboxes and Rubik’s cubes ruled. And as many remember, the enigmatic Trampier simply signed his work DAT. 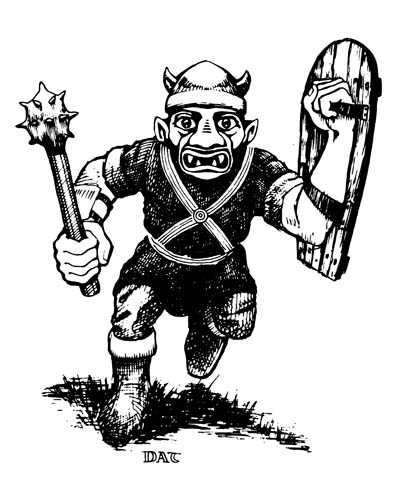 As you can see, I’ve been a fan of this piece for many years. 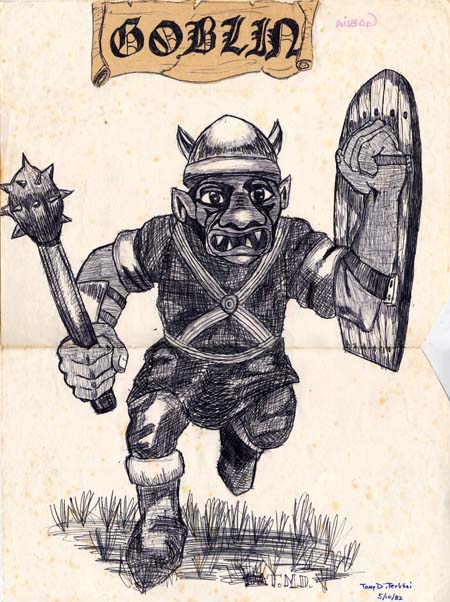 …and wanted to do a new version 29 years later(!) I hope you like’em. (Click for a larger image) 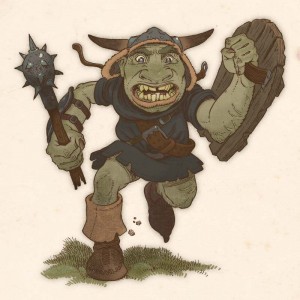 As I came off of the Black Gate piece and returned to my work on WondLa I thought of the journey I had taken thusfar. Its a journey that I am happy to say I am still traveling on and sharing with my longtime fans.