This ran in today’s Publisher’s Weekly:

A Tasty Promotion for Spiderwick
By Karen Raugust — Publishers Weekly, 1/17/2008 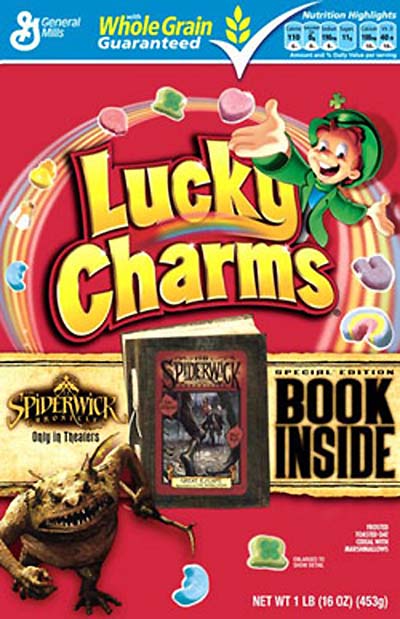 Simon and Schuster has partnered with General Mills for a 10 million-box, five-brand cereal promotion tied to the Spiderwick Chronicles. Running from January 1 to March 1, the promotion’s timing is tied to the Spiderwick film being released in February. But its focus is entirely on the books. In fact, when the two companies started talking about the partnership, the film was optioned but didn’t have a green light, so it wasn’t a factor in the deal, according to Laura Ferguson, S&S director of premiums, CDP and corporate sales.

Specially marked boxes of Lucky Charms, Cocoa Puffs, Reese’s Puffs, Cookie Crisps and Honey Nut Cheerios will include one of three collectible books based on the second title in the Spiderwick series, The Seeing Stone. The three will be evenly distributed among the 10 million boxes, with each store receiving some of each title. The cover is visible through a clear window in each box.

Each book features a third of the original story with a special introduction and conclusion, followed by a brand-new prequel story and illustrations created by Tony DiTerlizzi and Holly Black in conjunction with GM and S&S. The new material, which comprises about 10 to 15 of the 64 pages in each book, is available only through the GM promotion. 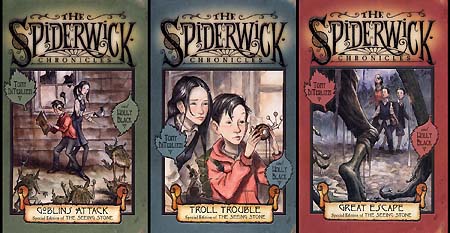 This project has taken almost 2 years to complete. But, having VERY fond memories of getting a cool prize in a cereal box as a kid, I do think it was worth it. Holly and I created “Lost Chapters” (with new art) for the Spiderwick universe.

One lost chapter is about Thimbletack becoming a boggart, another is how the troll’s bridge was destroyed, and the last one was how Hogsqueal (or Hoggy, as I call him) was captured by the goblins. 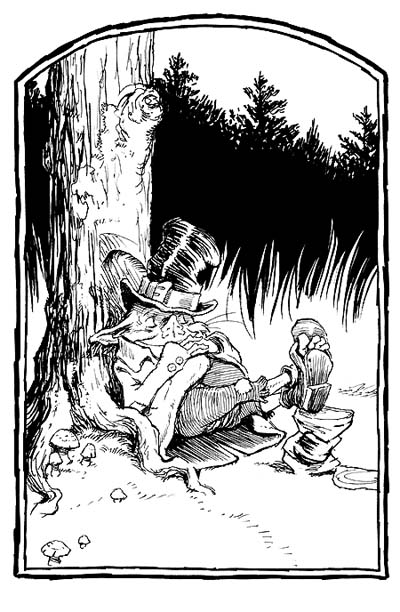 Hopefully, if you are already a fan of the books, you’ll enjoy these little sidetracks. The cool thing is that the boxes have a window showing you what book is inside, so you won’t have to eat your weight in Lucky Charms only to find a duplicate prize…man, I hated when that happened as a kid.