Last month I visited with Sharon Sharry, Library Director of our public library, the Jones Library. At the suggestion of author extraordinaire, Norton Juster, she’d asked if I could discuss a new award honoring the Pioneer Valley’s local literary luminaries.

The award was called “The Sammy” named after Samuel Jones, the library’s first benefactor and namesake. Since Norton would be receiving the inaugural award, he had a say in how it looked…so he said, “have Tony design it.”

Along with some of the committee members, Sharon and I chatted about what the award could look like. I soon realized it should not be gender, race or age specific. The children’s book illustrator in me thought the best solution would then be an anthropomorphic animal. The obvious choice was an owl.

Beside being one of my favorite birds, owls symbolize wisdom, perfect for a literary award. Plus there are several species of owls indigenous to the Pioneer Valley, just ask Heidi Stemple – daughter of Jane Yolen and star of Jane’s Caldecott medal book, Owl Moon. In fact, for Jane’s 70th birthday I painted her as an owl. 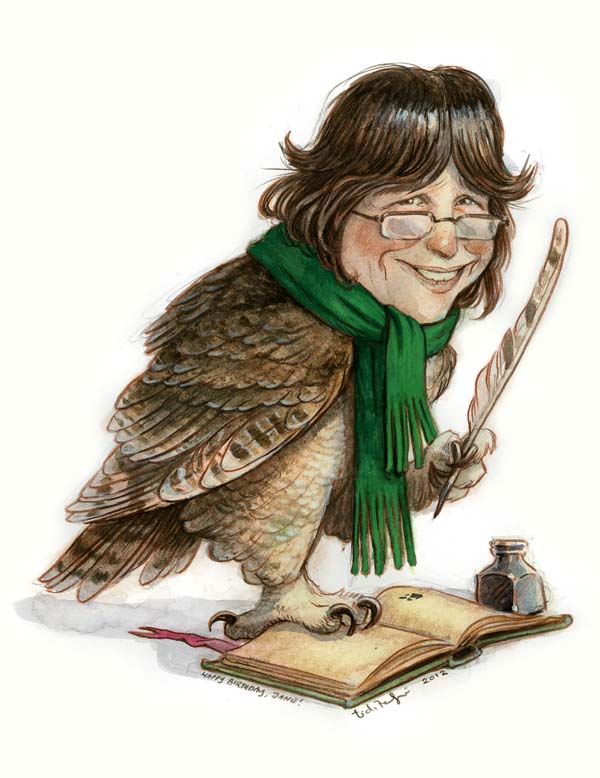 I remembered how I thought the scarf was a nice transition between the owl and the human. 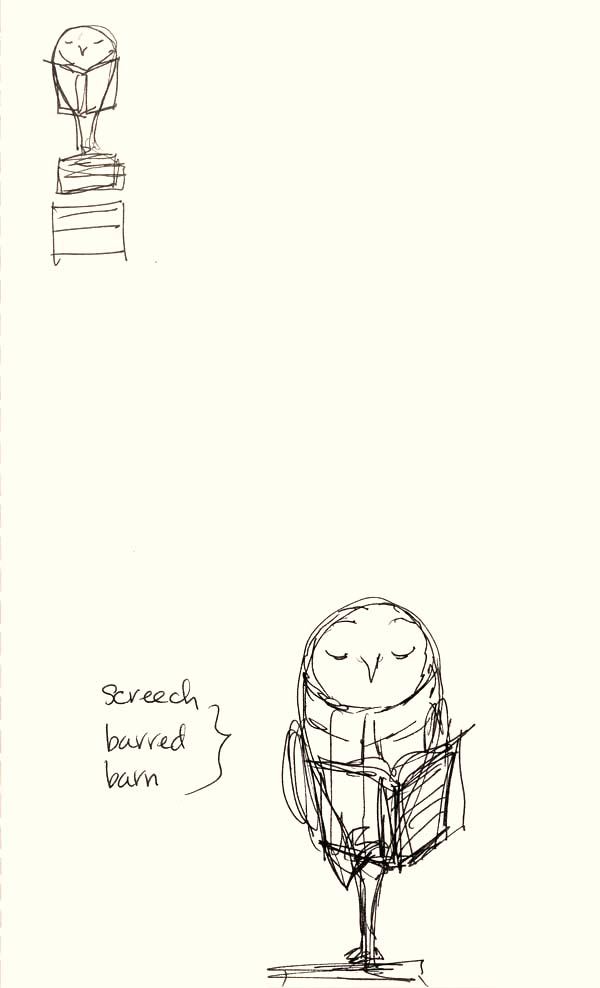 In a couple of quick doodles we had the beginning of the design for the award and I was off and flying. Sharon then shared with me that the library had been looking for a new logo to replace the one they had been using for the past 100 years. (Yup, you read that right.) Sharon wanted something a little more playful, fresh and identifiable. So we decided that Sammy the Award Design should also be Sammy the Library Logo. 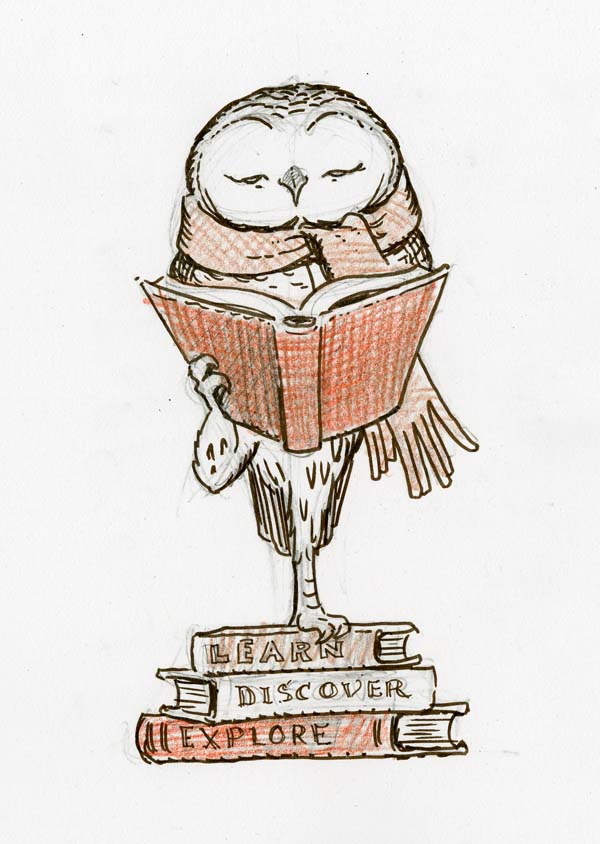 Since the owl-reading image can be cliché, I had to design carefully. Unlike Jane’s piece, I avoided glasses but kept the scarf (perfect for New England). Though the oft-used Great Horned Owls can be found here (I’ve been hearing them at night in the field behind our house), I went with the less iconic Barred Owl, also found in our area. Instead of a tree perch I went with books. Nowadays libraries offer a variety of media outlets for gathering information, but I had to return to the original foundation of their collection as the foundation for my owl. 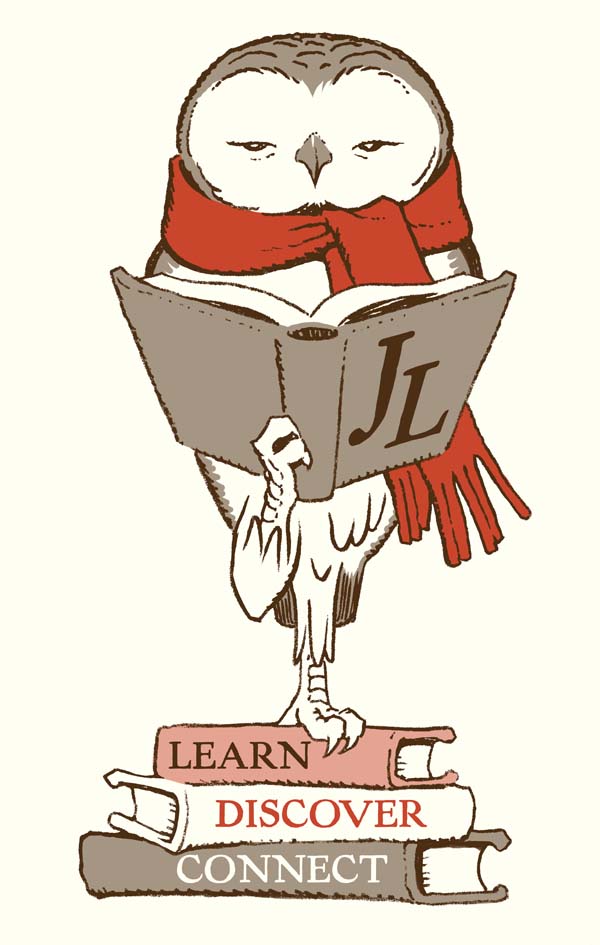 I was honored and thrilled to donate my time to redesign the identity of our local library (I hope this one can last another 100 years). Libraries are the repository our collected wisdom and whimsy, librarians the keepers and caretakers of our story.