Let me start off by saying the obvious: I am a Star Wars nut. I was seven years-old when I was first whisked off to a galaxy far, far away. I’ve collected the toys, the ephemera, met the actors…heck, I’ve even reported on Star Wars. Like many of us, George Lucas’ vision had a tremendous impact on my imagination as I am sure Buck Rogers and Flash Gordon had on his.

As the story and characters of WondLa developed, I conjured up the things I loved about Star Wars. My hope was to instill some of that boyhood wonder into my own story.

After toying with the possibility of re-illustrating Edgar Rice Burroughs’ A Princess of Mars, I found a form and shape that I liked for my alien character…but something wasn’t quite there yet. He looked a little lighthearted, perhaps a bit comical, and that wasn’t the curmudgeonly mentor figure that I was writing about. So I held onto aspects of his design that I liked, such as the long legs and thick forearms – features that seemed Star Warsy, but not too Star Warsy (its an adjective. You know what it means. Feel free to use it). 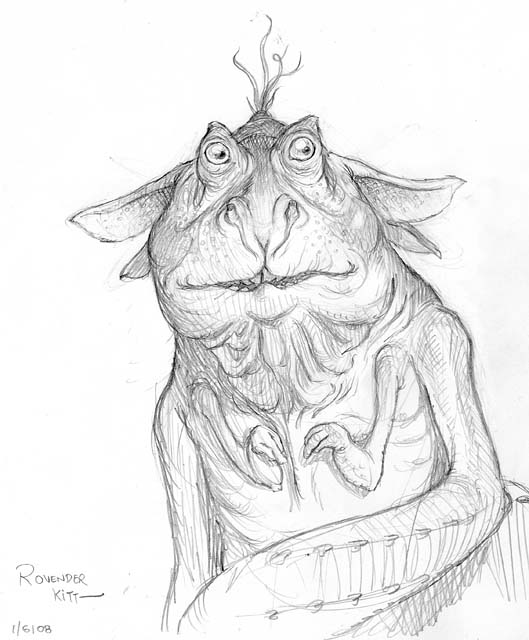 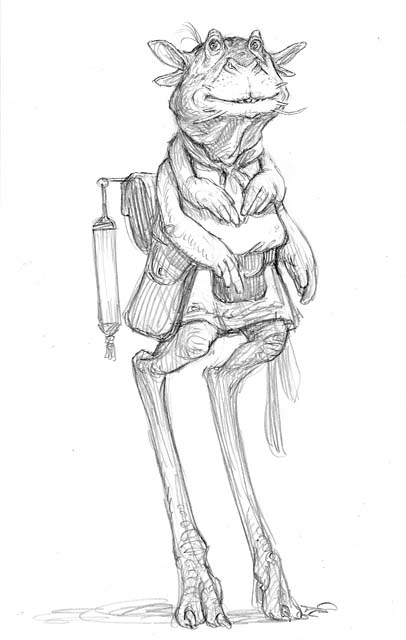 This “cat-frog” design didn’t work for me. Somehow, Rovender looked too much like a Spiderwick creature here, and I wanted a character design that said “alien”. Then, one night while watching a documentary on penguins of the Antarctic (from the BBC’s Planet Earth series), I sketched this. 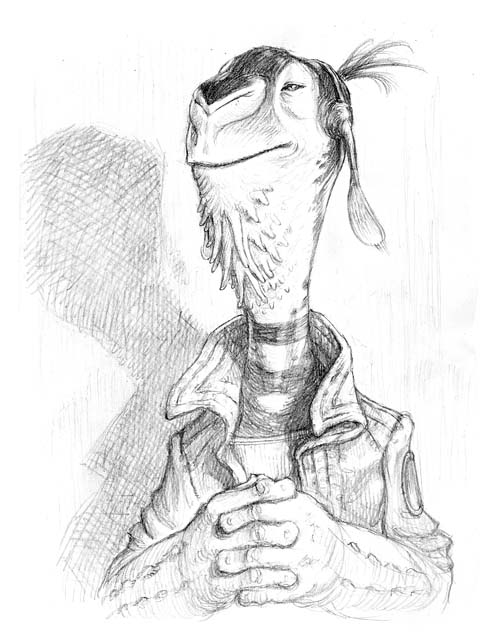 This looked like an alien that was intelligent, that could talk, that was capable of expressing many moods. And the flight jacket was just the right amount of Star Warsiness that I wanted (you can use that word, too). On top of that, I’d hit upon the notion of “distinctly-marked” alien types as opposed to incorporating the earthy, mottled patterns I had continually used in Spiderwick. (Bear in mind, this was back in 2008, so I had no idea what sort of brightly-patterened aliens James Cameron was cooking up for Avatar ).

(Its interesting to note that I have listed two films for my alien reference here instead of my usual book and illustrator inspiration. I believe it is because I could not find a whole lot of illustrated sci-fi/fantasy middle grade books to look at AND when I do find a film that I am inspired by, I usually track down the accompanying “Art of” book. So, I am not just taking note of the designs in the final film, I am also drawing inspiration from the concept art done in the pre-production phase as well.)

I began pattern and texture tests in Photoshop over my inked drawings to see how the final art might be created for the book. As I did so, I tried out different bird markings on Rovender’s form. I started with markings inspired by a Belted Kingfisher… 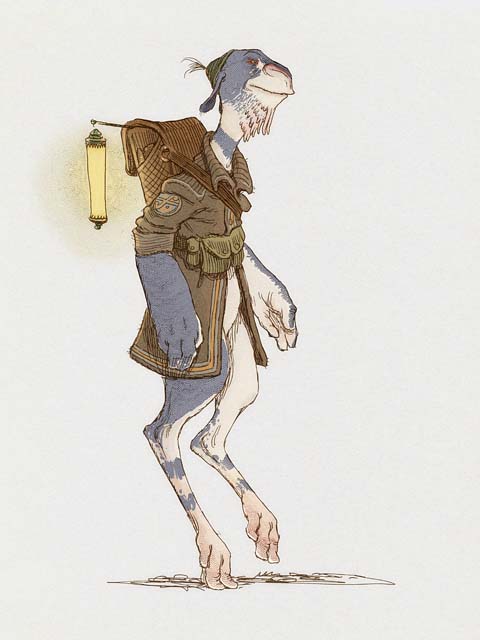 …and then a small shorebird known as a plover… 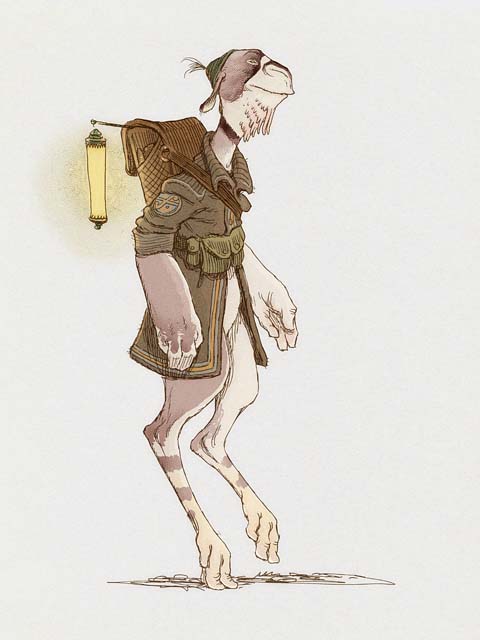 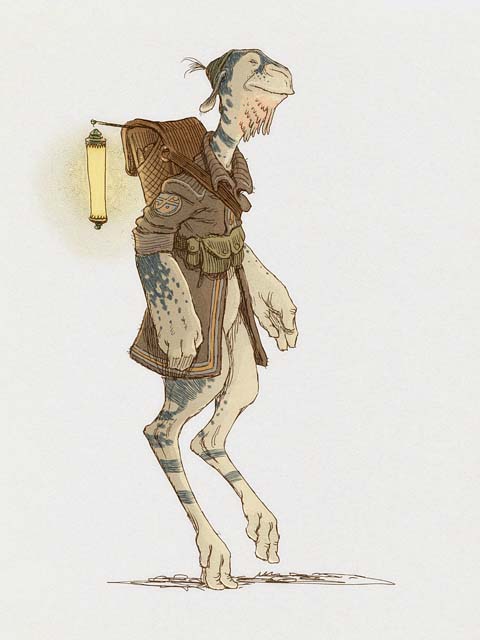 …but ended up with a pattern that used elements of both.  The Lima bean green skin-tone changed as the story evolved. Rovender is described as a washed-out cerulean at the beginning of the tale, but becomes a rich iridescent blue by the end. Here he is from the cover to the paperback edition, due out early next year. 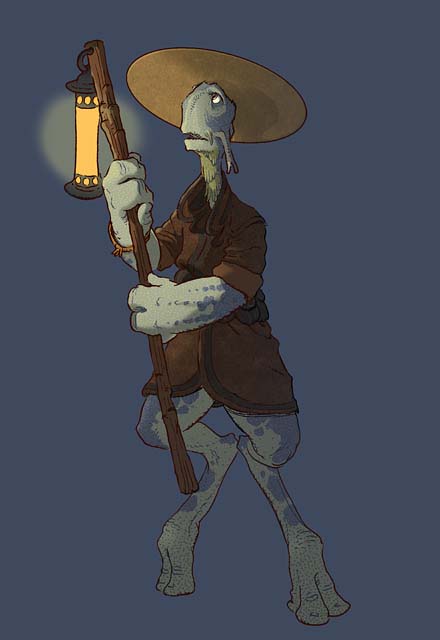 Rovender’s role as Eva’s mentor will change and grow throughout the second story and this will continue into the third. Though his physical form is finalized, I plan on trying out various costume and accoutrement combinations so that his look remains interesting.

It has been a wonderful journey so far, and I can’t wait to see where this roving, wandering alien takes me next.