In 2002, Angela and I said farewell to my Favorite City in the World and moved out to Amherst, Massachusetts. We were excited to hang out with artist-friends already living in the Pioneer Valley who were part of its thriving kid’s lit community, but it was the opening of a grand museum dedicated to the art of the picture book that really drew us to the area.

That fall in ’02, Ang and I had just returned home (from The Spider & Fly book tour) before attending the grand opening of the Eric Carle Museum of Picture Book Art (aka The Carle). It was a beautiful modern building showcasing all the things that we love in books including Eric’s iconographic art and an exhibition of Maurice Sendak’s work. Amongst the throngs of press, locals and fellow kid’s lit folk, I made my way to Eric Carle, introduced myself and congratulated him on this momentous achievement. 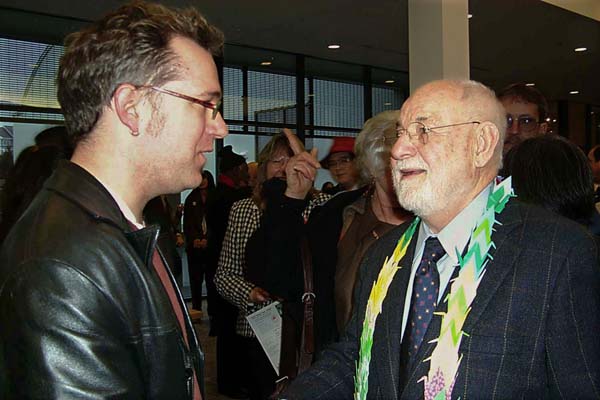 With only three picture books to my name, I think it is safe to say he had no idea who I was.

However, some years later (2007), I was blown away when the museum held an exhibition of my Spiderwick artwork. In fact, Eric agreed to put our exhibit in the permanent gallery that normally displays his artwork(!) Wow. 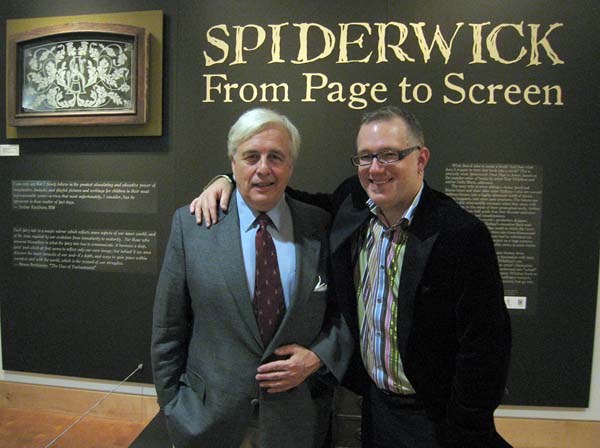 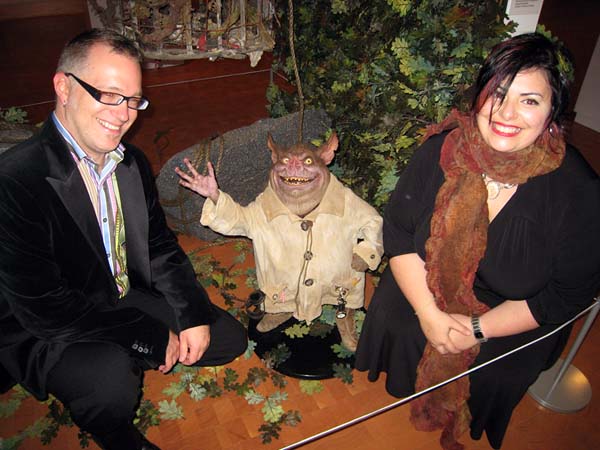 …and here is Holly and I posing with an early prototype of Hogsqueal (sculpted by Miles Teves).

This was the first exhibition of a body of my work and I was thrilled, honored and validated all at once. On top of that, I was just happy to be raising a family in a neighborhood that was home to such a treasure as this museum. 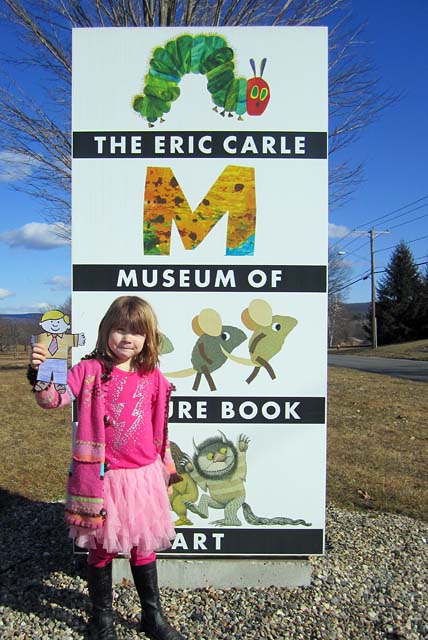 So perhaps you can imagine my sheer delight when I was invited to share in the 10-year anniversary of The Carle (celebrated this past weekend). I was asked to draw alongside Eric and Peter Laird (co-creator of Teenage Mutant Ninja Turtles) in a fun fundraiser called Doodles for Dollars. For $10 each you’d got a sketch from us. There was a limit to 100 sketches, consequently; the fundraiser sold out in no time. 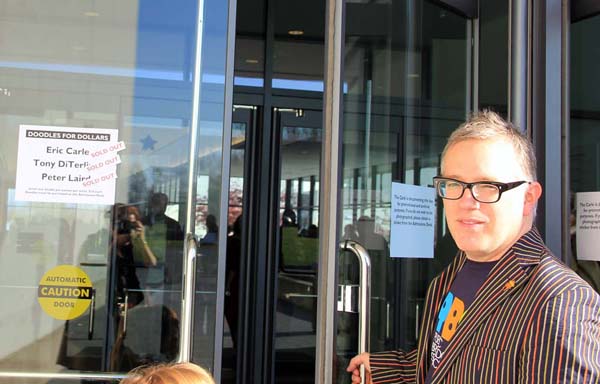 Fortunately, I was able to finagle a doodle from Eric. 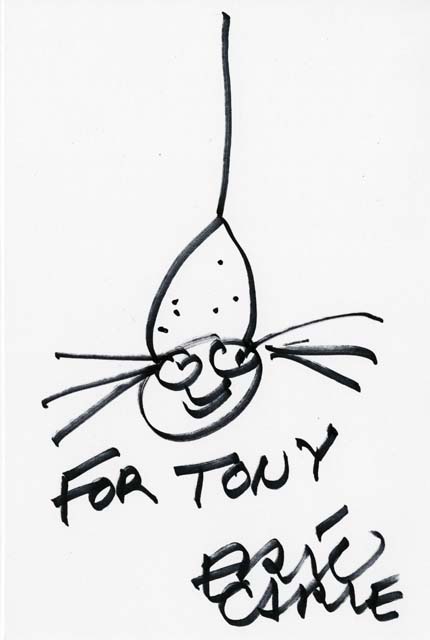 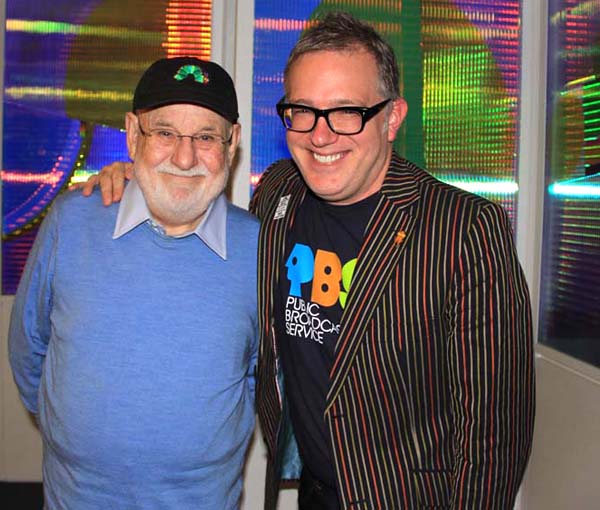 And here I am sketching away for some fantastic fans. 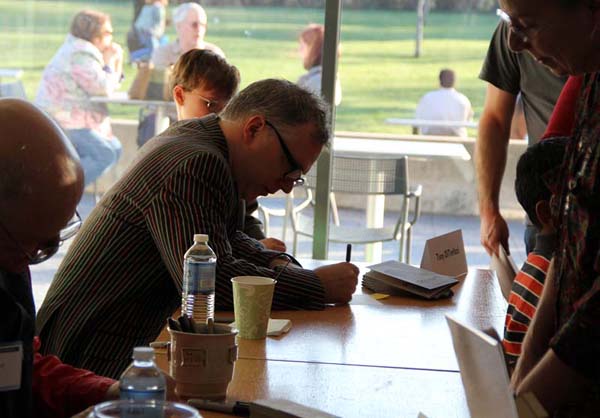 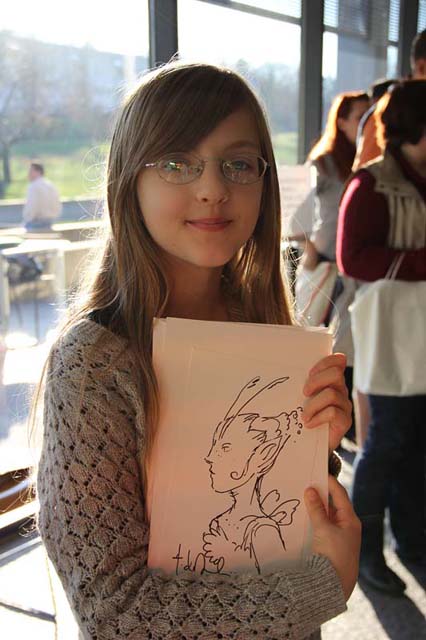 …and here is Peter sketching a Ninja Turtle. Kowabunga! 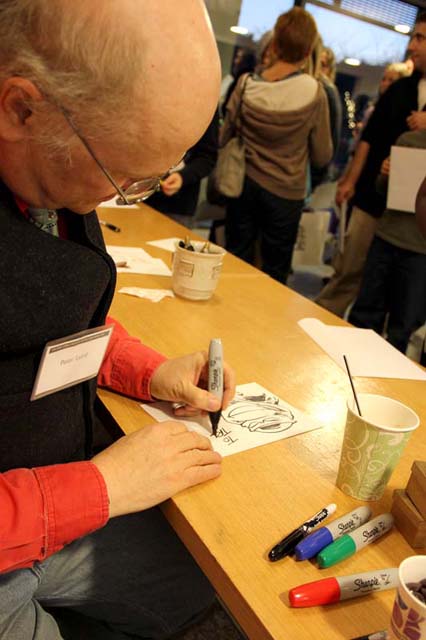 Sophia even joined me in the draw-a-thon. I think that moment is a highlight in my career. 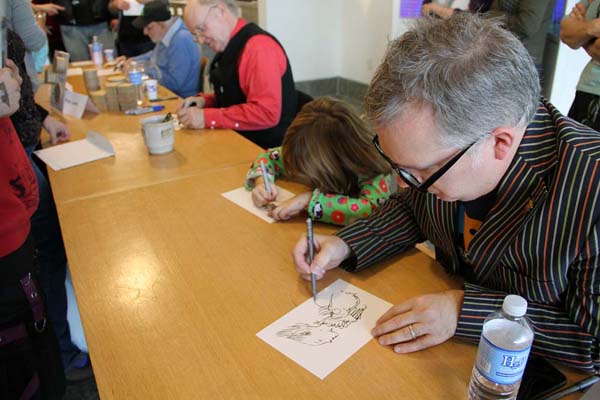 I hope all who attended this event had as great a time as I did. I’d like to thank the fabulous museum staff and Eric for having me. Perhaps I’ll see you at the 20th… 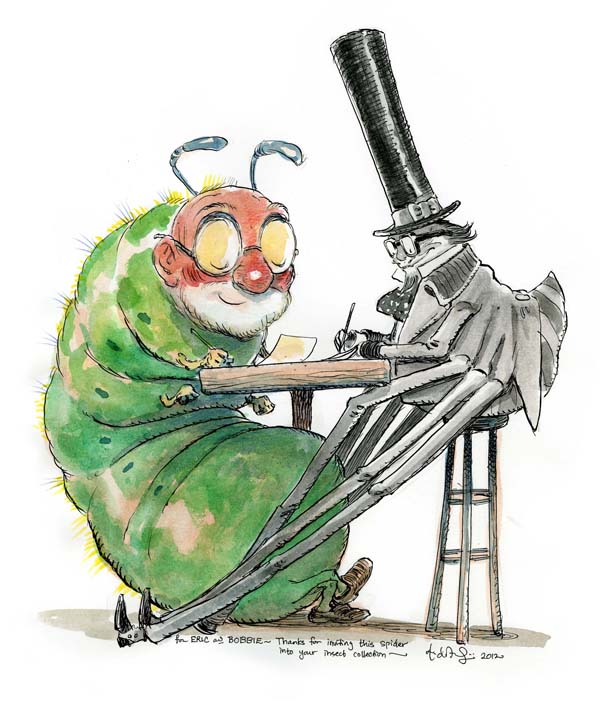 PS – Wanna see more pics from the “Doodles for Dollars” event? Take a browse through my old Photo Albums.