It is a sad day in DiTerlizziland as I mourn an artistic visionary, Jean Giraud (known as “Moebius”) who lost his battle with cancer this morning at age 73.

Moebius blew my mind when I first discovered his comic, Arzach, in a Heavy Metal magazine back in high school. His distinct drawing style, matched with his otherworldly sense of imagination, placed Moebius light years ahead of many comic book artists. I still boggle at the unending fountain of bizarre imagery that seem to flow effortlessly from his pen and his work has always had an influence on mine since my humble beginnings as an illustrator for Dungeons & Dragons. In recent years, I referenced his art in preparation of the illustrations for The Search for WondLa, as can be seen in this image of Eva navigating a hovercar over a barren Arzach-ish wasteland. 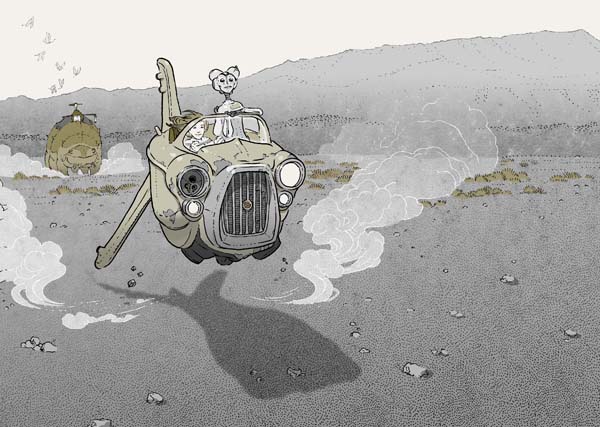 I never knew Moebius personally. I only met him once at the San Diego Comic Convention back in 1997. I was brought out by Wizards of the Coast to sign Magic the Gathering cards along with fellow artists, Rebecca Guay and Terese Nielsen. Moebius sat down at a booth just across the aisle from us and began signing. 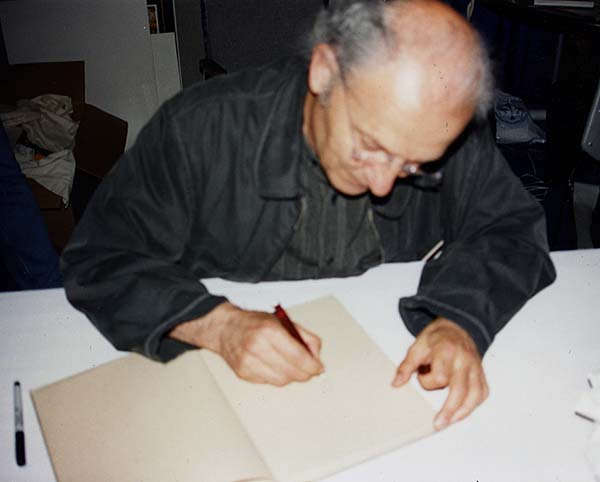 Having no idea that he was attending, and therefore not having a single book of his in hand to get signed, I grabbed my satchel and hopped in line. I simply wanted to shake the hand of a person that had become a legend in my eyes. As I stood in line pondering what I would say, I realized I had only one burning question that needed answering, “Who is your inspiration?”

I knew Hergé (Creator of Tintin) was in his DNA, but there had to be more. Where did the swirly, embroidered costumes come from? Or those distinctive mushroom hats (which Thimbletack also wears). What about the rusting, dinged up vehicles zooming over the desert landscapes? The organic aliens forms? It was all so original, so fresh and vibrant, I couldn’t fathom that it was all created by one person. It was enough to drive this struggling artist mad with envy. WHERE DID MOEBIUS GET HIS RICH IMAGINATION FROM???

I introduced myself and shook his hand. I sputtered out what a fan I was and that I, too, was an artist, then I asked my question. He sat back and studied me. “You are an artist, eh? Do you have any of your work with you?”

All I had was my sketchbook. It was 1997, so it was full of Magic card sketches, but also drawings of Jimmy Zangwow and even the beginnings of Wondla. He flipped through it carefully, pausing from time to time to pore over my scribbles. He arrived at the last few blank pages of my sketchbook, uncapped his pen and answered my question: “I get my inspiration from everything and everywhere. Now, you, your work has inspired me.” And he drew himself leafing my sketchbook on the last page of my sketchbook. 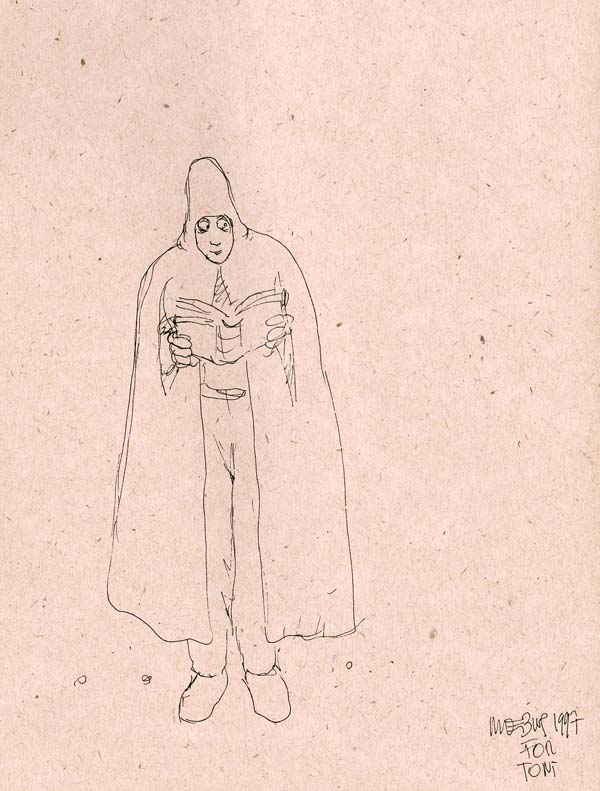 Thank you, Jean Giraud. Your legacy has impacted (and will continue to inspire) so many, especially this dreamer. I hope you are flying high with Arzach into the mists of a new world.