I’m (There and) Back Again

(Yes, it is Friday, but I am going to file this one under “TD-created Friday Fan Art”) 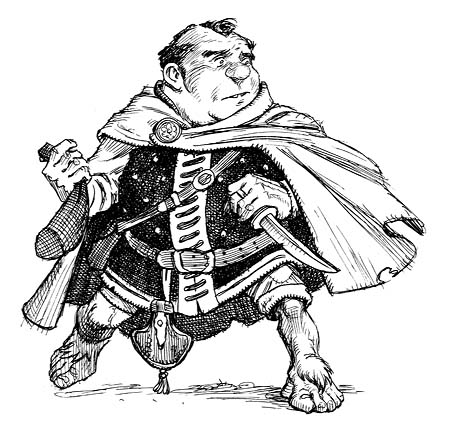 I’m a bit swept away by the response from last week’s homage to Tolkien’s masterpiece about his miniature hero. Between here, Rivendell and facebook I’ve realized that there are many elves, dwarves and orcs who love Middle Earth as much as I.

So, as a reprise, I thought I’d dig into my Mines of Moria (aka my Art Archive on My External HD) and see what scraps and bits I had floating around in the digital ether from my brief stint as an “Official Cover Painter for Hobbitses”. 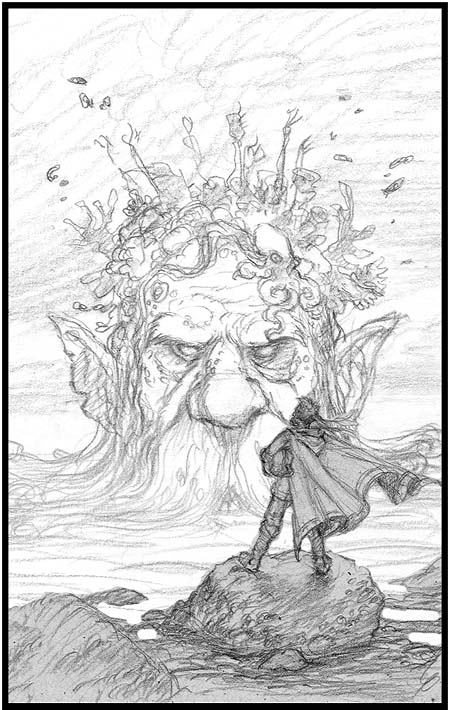 What I found right away, (that I’d completely forgotten) was a decent sketch of the great hero, Tuor, as a possible alternative to cover for Unfinished Tales. Clearly, this would have projected a much more epic image for the book jacket, but the coziness of Tolkien’s own hobbit-hole won out. Below is the color study for that. 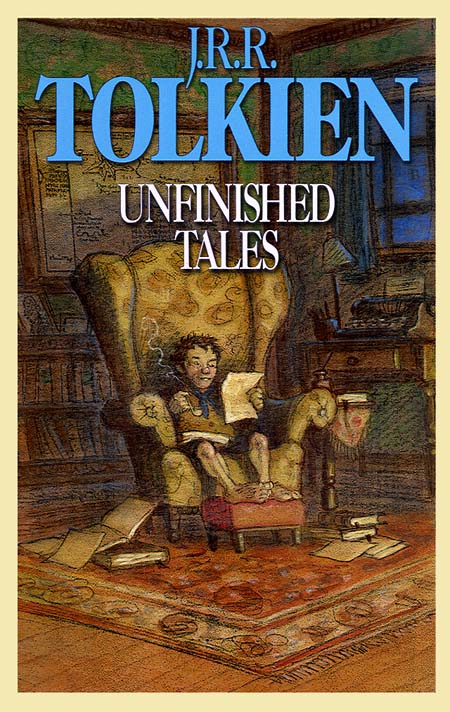 After the sketch was approved, I donned my fanciest hobbit-made attire and struck a quick pose. As with any photographic reference, no one photo captures all the elements you need, and so several photos were utilized to create a final sketch of Mr. Baggins. 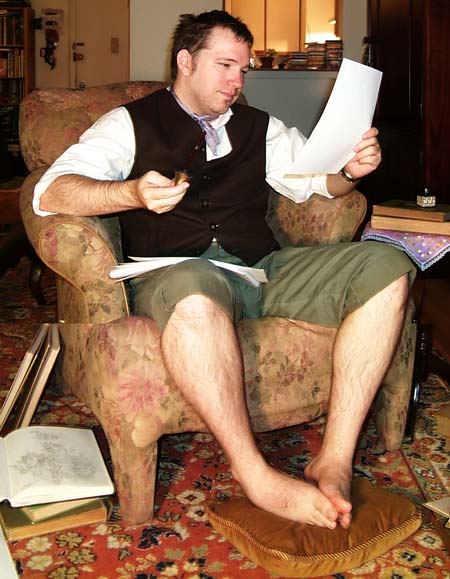 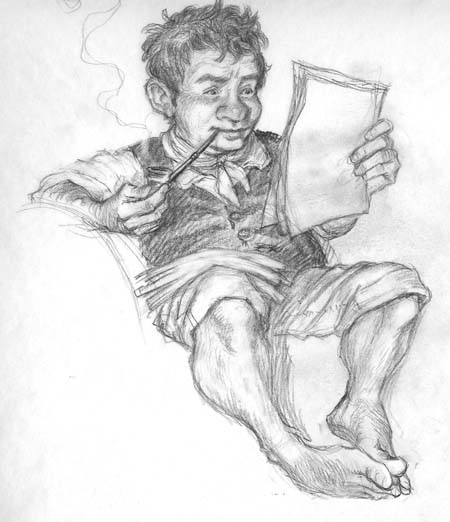 You can check out how it all came together in the final painting posted last week. 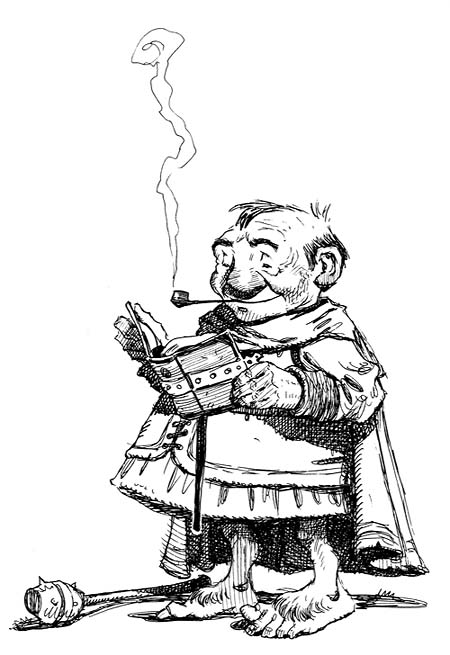 Also in my Illustration Mines of Moria, I discovered some pen & ink drawings of D&D (ahem) “halflings” that were done for player-character sheets that I sold back in my gaming-art days. As mentioned before, my halfings were inspired by the hobbits of my childhood, though I also realized there was a bit of Frank Frazetta in there, especially from his “Lord of the Rings” portfolio released in 1975. 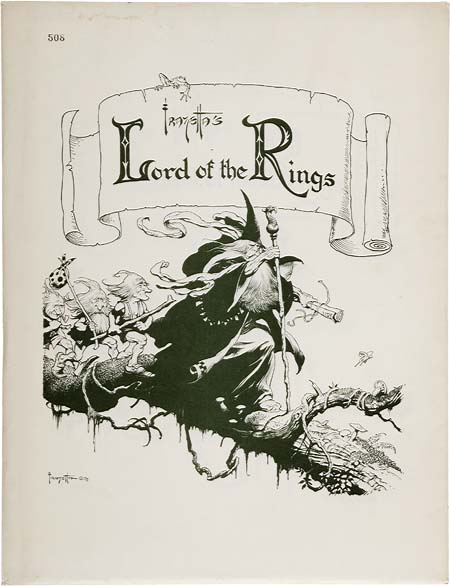 Click the image below to marvel at Fraz’ fabulous inkwork. 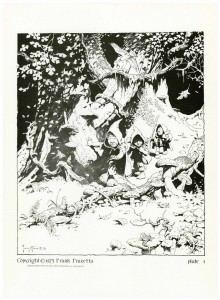 Have a wondrous weekend My Preciouses and DON’T LEAVE THE PATH.