Note from T: Fifteen year-old high school student and artist, Gabe, contacted me sometime back about a summer internship. And, though its crazy nuts here in DiTerlizziland, I obliged. I did this because Gabe has real drive and talent and because I longed to hang out at Brain Froud’s studio when I was Gabe’s age. Wanting to make this a special experience, my assistant and I devised an assignment for Gabe to do while visiting: describe what it is like in my studio with words and pictures (no photos). Read on to see what this little mastermind dreamed up while hanging out with us.

When I picture an illustrator in a studio, the image that comes to mind is that of a pale creature that has never seen the light of day hunched over an immense stack of paper, feverishly attempting to finish his passionless task before the deadline runs him down like a tractor.

But, if I did think that, then Tony Diterlizzi’s studio would be a real shock.

The Diterlizzi Studio is bright, inviting, and pleasantly cluttered. Tony works at his desk, cheerfully singing along to 80’s rock music. (Maybe we should all listen to it? Songs that are good enough for the Spiderwick mind are good enough for mine…) After meeting Tony a few years ago (and being a fan for half of my life) I proposed the idea of an internship, and he responded with an invitation to write a guest post on his blog. Jumping at the opportunity, I prepared this portrait of the artist in his habitat (guided by his loyal canine, Mimi.) 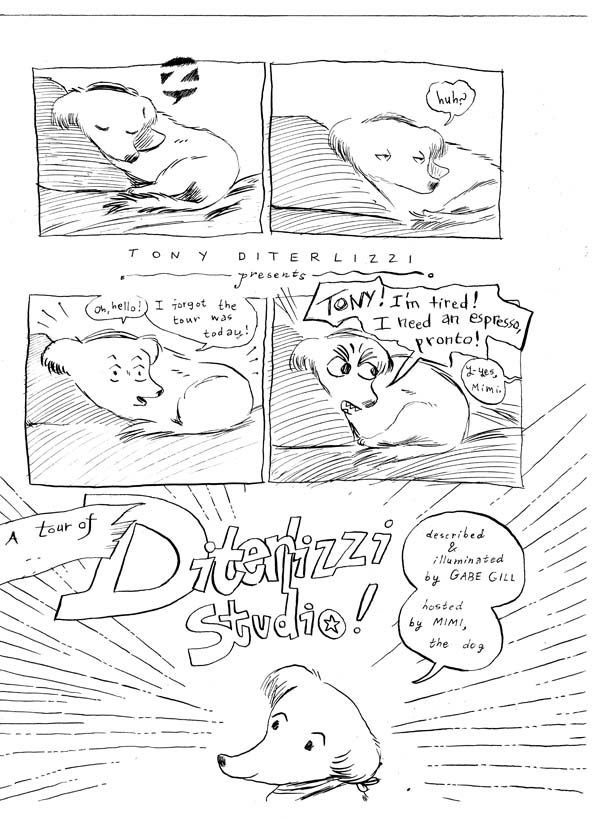 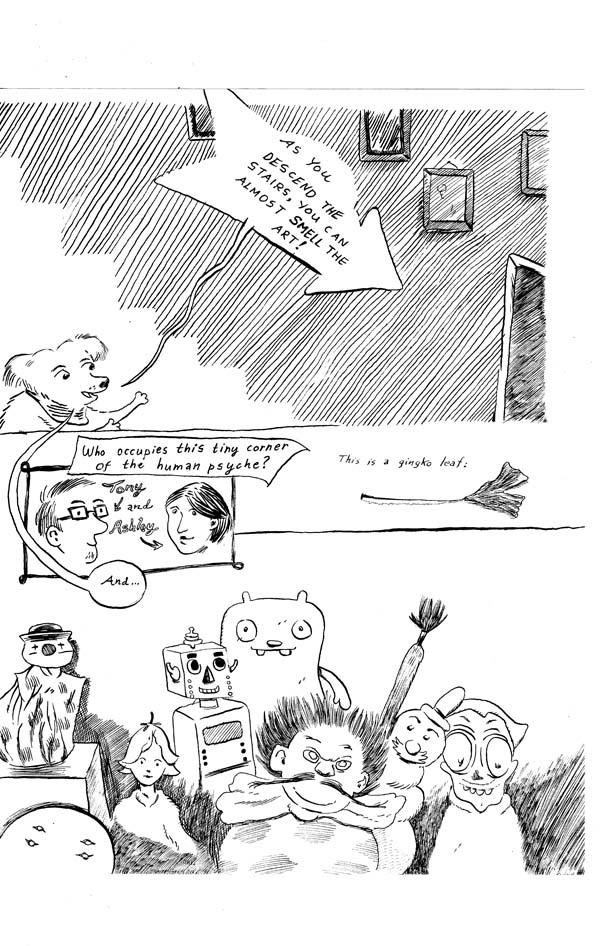 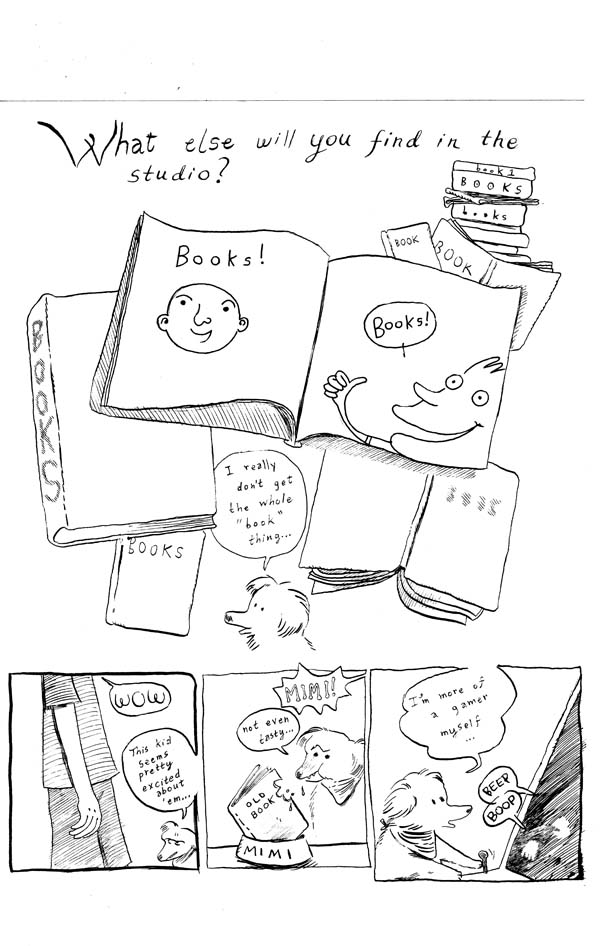 The book collection in the studio is fantastic. At one point I mentioned that I didn’t understand how Jon Bauer’s art was the inspiration for Jim Henson’s 1982 fantasy film The Dark Crystal. Tony immediately grabbed two books off of the shelf and explained how Brian Froud had included a Bauer-inspired scene in his first art book, The Land of Froud, which director Jim Henson had (in turn) been inspired by. A slightly tweaked version of the character in Froud’s painting appears in the film as the peaceful race of Mystics. Wow. 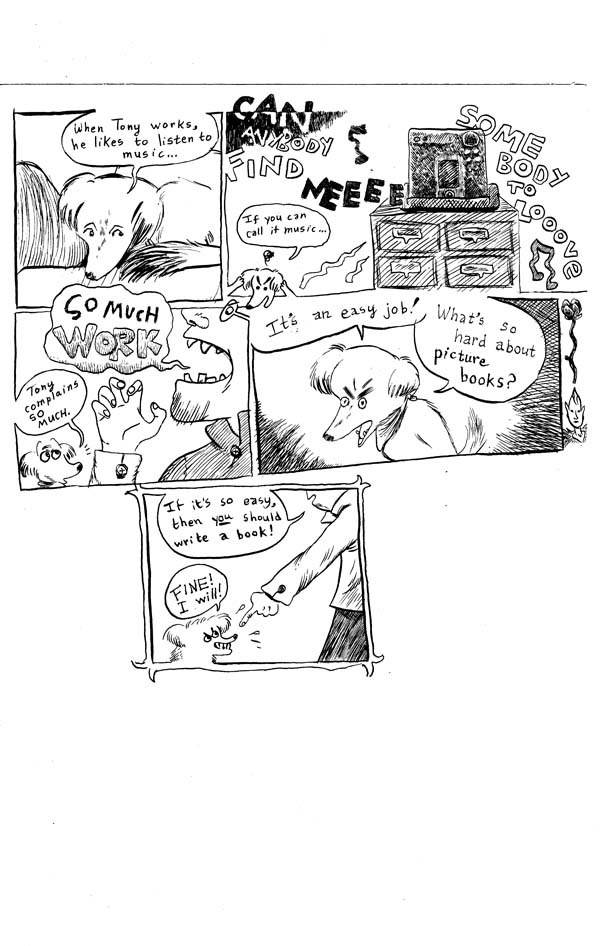 Mimi is a harsh critic. 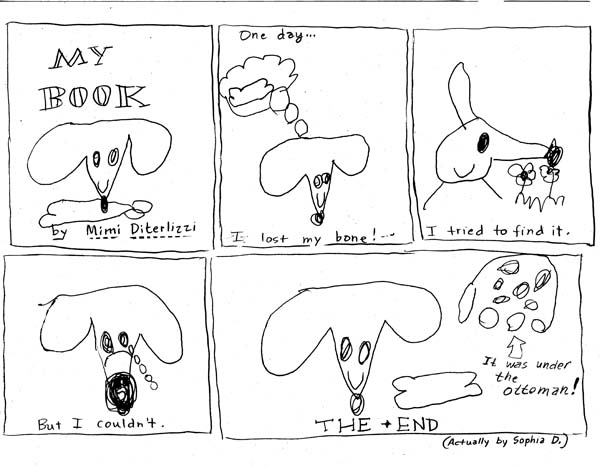 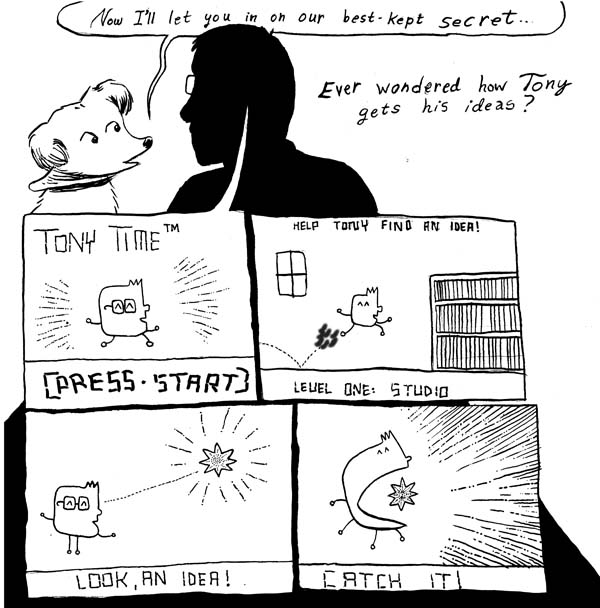 Another moment that made an impression on me: as I watched Tony draw, a small fly alighted on his drawing board. Where some would smack at the insect or shoo it away, Tony drew my attention to the little fly as it fastidiously cleaned itself. Pausing from his drawing, he leaned forwards and studied the fly. He watched the creature with pure wonder, reminding me of the same wonder I continually find in his words and pictures.