Earlier this year, I posted some stupendous Spiderwick soft sculptures by artist, Manuela Schulz. Manuela’s craftsmanship and ability to capture the natural form of an animal in mohair and fur reminded me of the great German toymaker, Steiff.  My daughter, Sophia, was so taken by Manuela’s rendition of the Spiderwick unicorn that I commissioned one for her upcoming birthday (and thankfully Soph can’t read my blog:)

Manuela’s creation reverberates the same essence of the unicorn that I was after in my illustrations. 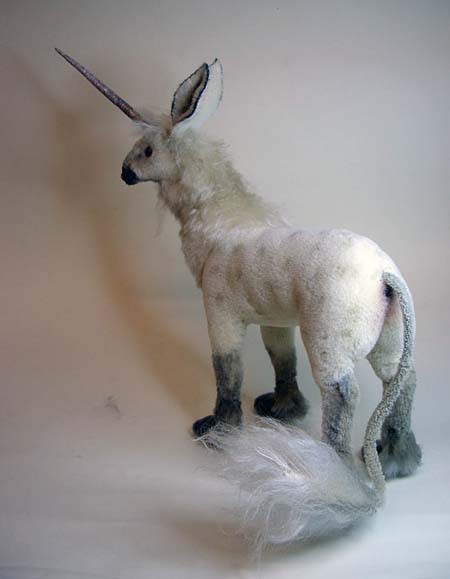 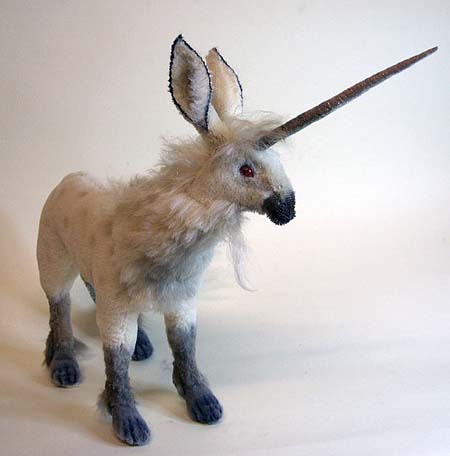 In fact, the unicorn scene in book three of Spiderwick was one of my favorites. I liked the interaction of old mythology confronting modern-day kids. Holly’s words expressed the feeling of awe mixed with anxiety that you would imagine experiencing were you in the Grace kid’s shoes. I remember explaining to Holly that this scene was like the meeting with the kirin in Miyazaki’s Princess Mononoke. You knew there was a ancient power confronting the hero, cloaked in majestic wonder. I loved that moment in that film and I love our moment in the books. 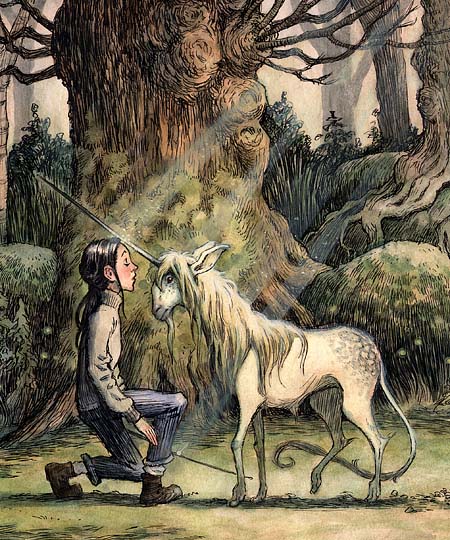 Like many of the creatures in Spiderwick, I attempted a return to the less glamorized, more natural form for the unicorn. I examined the old tapestries depicting the unicorn hunt for my initial inspiration. However, I also studied early horses, especially Eohippus, where the multiple toes had yet to evolve into the single hoof (early horses were quite small compared to their modern descendants as well). 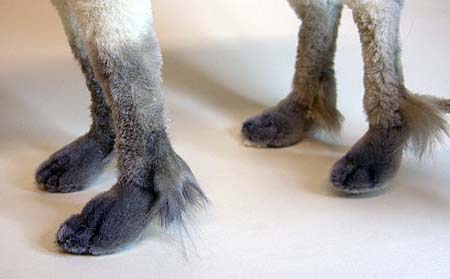 My hope was that this direction would project a sense of antiquity (and accuracy) to this fabulous beast.