Evolution of a GOBLIN (part 3)

Part 3 – Designing Between the Lines 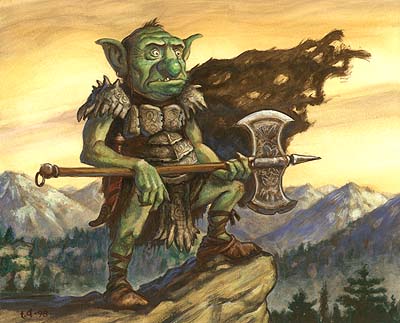 Living in New York City, and contributing regularly to Magic cards, I was working hard to expand myself on becoming a “more painterly” illustrator and not just be bound by pen & ink.

That in mind, I took a lot of life-drawing classes, and frequented the Museum of Natural History where I copied many of the mounted animal specimens. It was here that I began to seriously think about goblins and fairies viewed through the eye of a naturalist as my next big book. 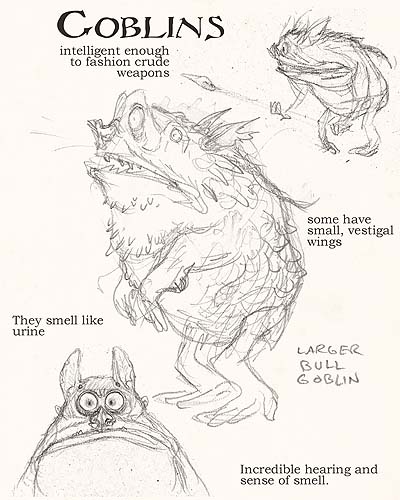 The idea was not new to me: As I’ve mentioned before, I created a field guide to fantastical creatures when I was 13. I returned to that idea in my Planscape heyday and thought of selling the idea to TSR (who published the games). I continued doodling on the idea and began the list of creatures I would like to attempt rendering with John James Audubon-like detail…but I still was not satisfied with my technical ability, and the project was re-shelved until my children’s book career began to take off and I was feeling more confident with my drawing and painting skills. 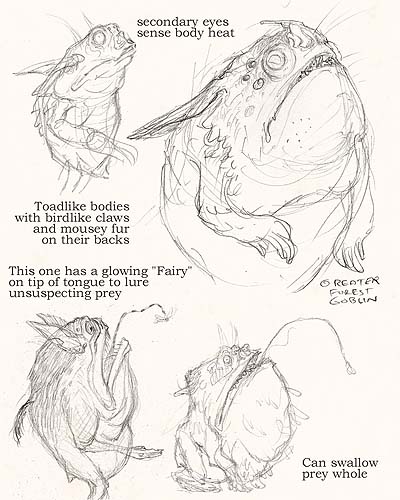 But another aspect had been added to my problem solving which would prove to be integral to arriving at my final gobliny designs. During my years of illustrating for D&D, I had learned how to use the art descriptions that were assigned to me, yet re-invent them in a novel sort of way.

I started by isolating the exact points that were stated in the art descriptions. For instance: “this creature is large, blue skinned, and has yellow eyes”, and then exploit what was not said, what was between the lines of text – so its large, but is it obese large? Or muscular large? Okay its blue, but is it a subtle de-saturated blue like a faded flower? Or brilliant like a tropical fish? You get the idea…and I always attempted the unexpected.

This thinking worked great – it allowed me to exercise myself creatively while still satisfying the game designers who really had rules and technical aspects in mind more than neat designs. After all, these images were aspects for a game.

In prepping for Spiderwick, I took that same thinking and applied it to whatever folklore I could find. You see, I didn’t want the Spiderwick goblins (or any creatures for that matter) to be contrary to the rich stories and tales that had preceded them, but contribute to the long-running folklore.

The project slowly came into focus and I set a challenge for myself: Could I take a bunch of well-known, hackneyed, and trite fantasy creatures (many of which I had already illustrated) and redesign them to be fresh and exciting to the savvy CGI-movie-watching-video-game-playing 10 year-old of today? 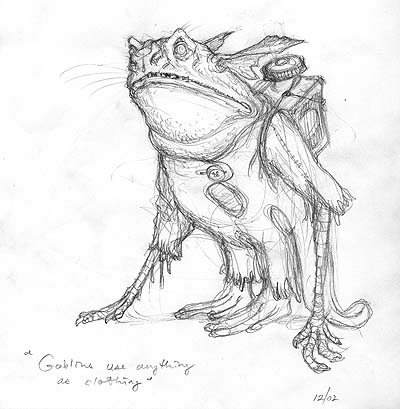