Evolution of a GOBLIN (part 2)

Part 2 – I Contribute to Goblindom

Well, not really. My early work for Dungeons & Dragons and even my work on the card game Magic the Gathering is just a regurgitation of goblins I had seen before. Simple, iconic images intended to be instantly recognized for what they were. 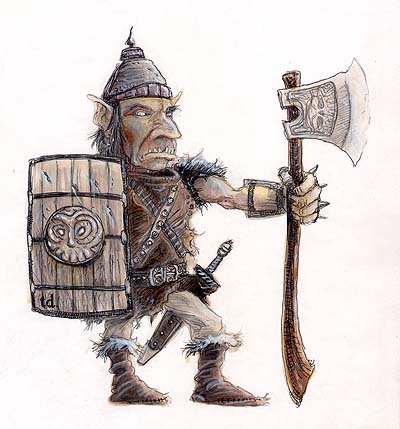 In the case of the illustration for 1994’s Monstrous Manual, I (very crudely) re-interpreted Trampier’s goblin, however mine fails by lacking any action or movement of its inspiration.

Goblins also made infrequent appearances in the Planescape role-playing game. Though they were pretty close in appearance to their D&D cousins. I think the only difference here is that my technical skill was clearly improving. 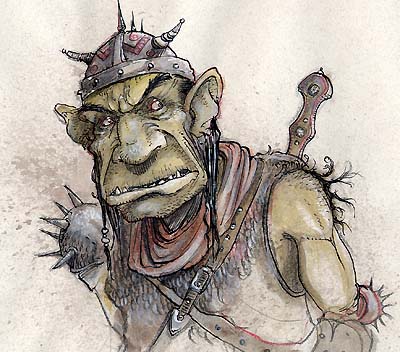 By the late 90’s, I started contributing regularly to the Magic the Gathering card game. There, goblins seemed to abound, and I was assigned to create them myself… 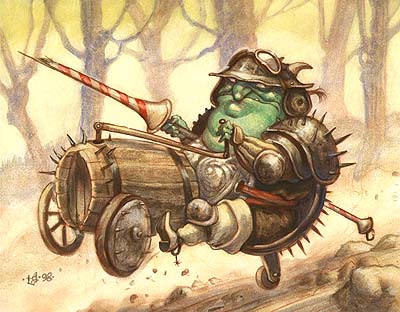 …or use pre-existing designs from the team of conceptual artists. In all cases, I felt the design needed to be simple and immediate due to the function of the art: “This is a goblin and it can cause X to your opponent’s hand”. 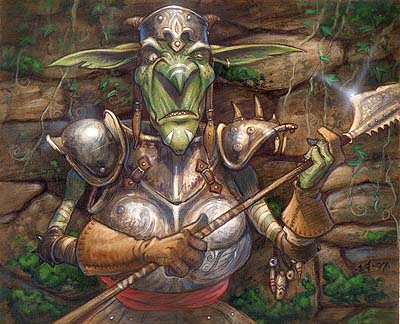 At this time I was also seriously working on my first children’s books and my sketchbooks began to fill with doodles for kid’s book characters right alongside my fantastical Magic sketches.