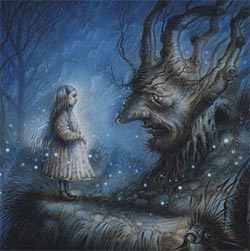 A couple of weeks ago I cleaned out a storage closet here in the studio used primarily for holding shipping supplies. Back in the farthest corner, I came across a box full of old framed art prints by Michael Parkes and Brian Froud that had once adorned our apartment (from way back when Ang and I were living in Florida). Amongst these old prints, I found some of my early spec work that I had created in hopes of bridging my illustration portfolio from role-playing games to children’s books. 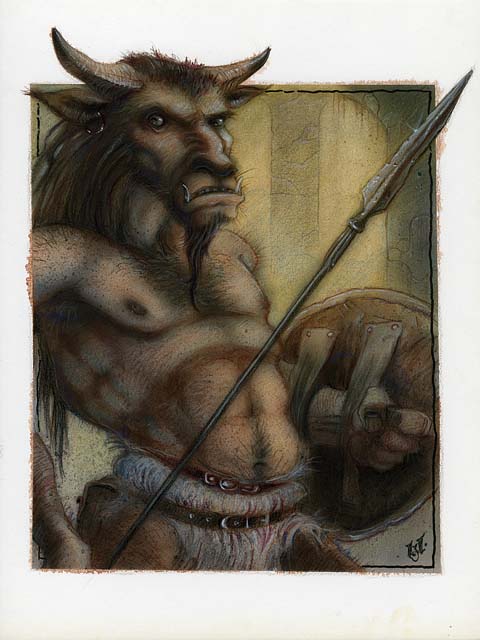 Most of this work was created late in 1994 and throughout 1995. I had been illustrating for Dungeons & Dragons and Planescape for a couple of years at that point, and was visualizing how my art would look in books for children. Though my style and technical skills were becoming more apparent in these images, they all lack any real sense of exhibiting action or portraying a sincere moment. At that point, all I strove for was to create finished scenes in a style emulating my favorite artists. 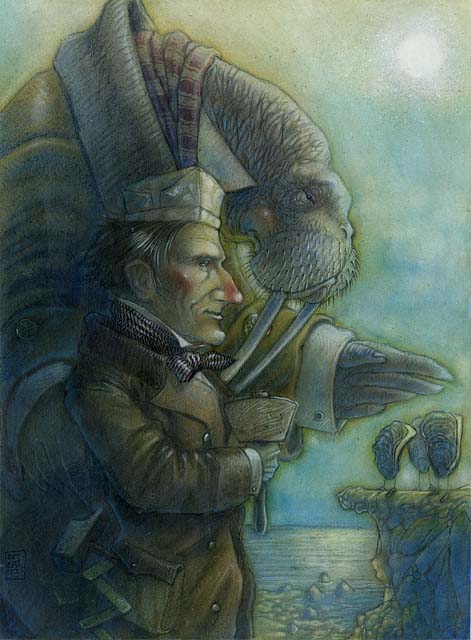 Interestingly, I (temporarily) moved away from pen & ink for many of these samples and used a combination of colored pencils over acrylic paints. (I had yet to discover the acryla gouache that I use almost exclusively for my painted illustration nowadays). This early technique was certainly influenced by the style of illustration that dominated during the mid-1990’s. Artists like Gary Kelley, Carter Goodrich and Chris Van Allsburg primarily used pencils (or pastel in the case of Gary’s work) which gave their images a grainy texture. 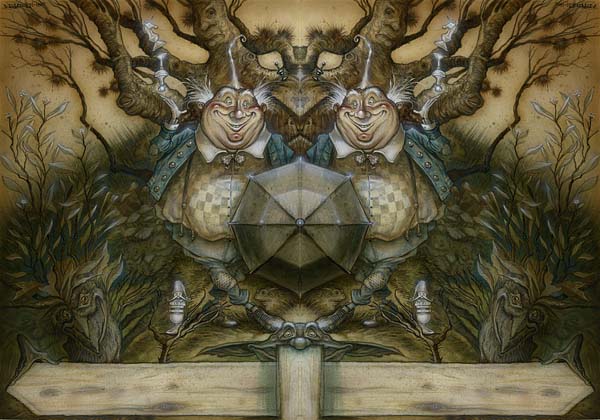 On top of that, I was (obviously) looking at Brian Froud and Arthur Rackham’s fantastic work. However, there is a lot of composition and figure placement inspired by Maxfield Parrish. Though these artist’s stylistic influence is strong in these pieces, their process was also affecting mine. I began using model reference, just like Parrish would have done, for this image of a traveling elf listening to directions from a dragon… 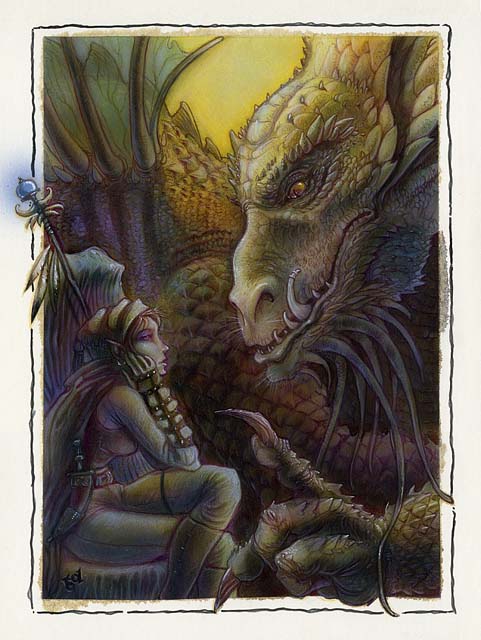 …in fact, the elf’s pose is taken from my old college life-drawing book, The Human Figure by Erik A. Ruby. 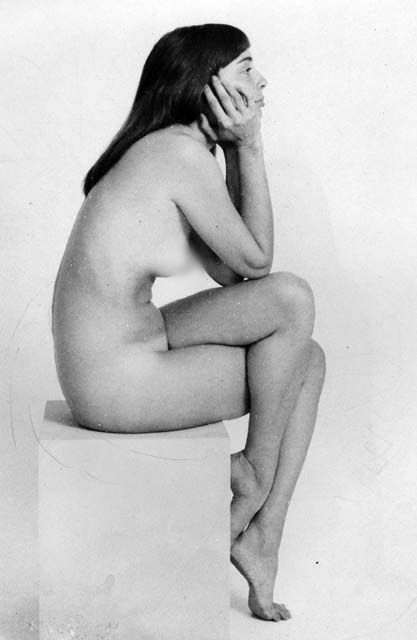 Also, I began drawing trees and plants from life, just like Froud and Rackham would have done, as can be seen in this image titled “Lost in the Wood”. 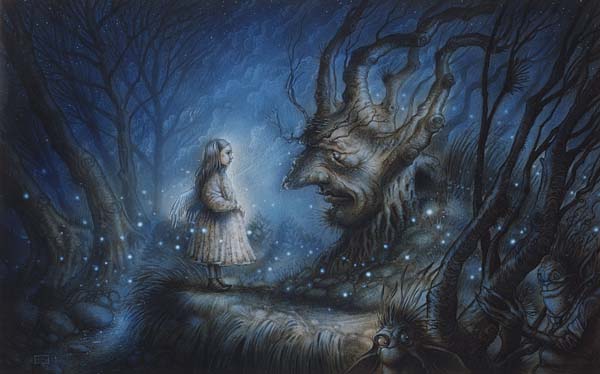 I remember completing this piece and beginning to write a story to go with it. Methinks I see a proto-Thimbletack hiding behind the limbs on the left. 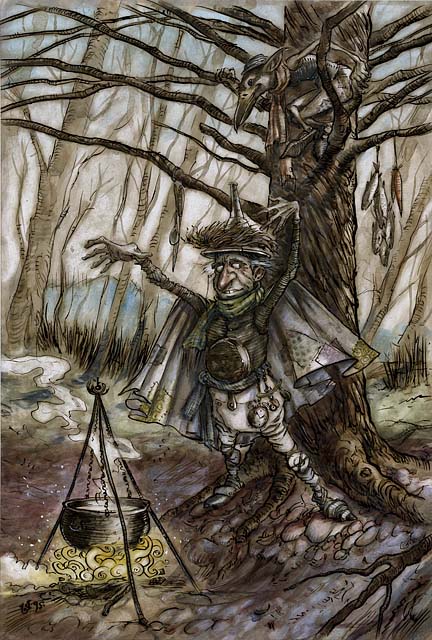 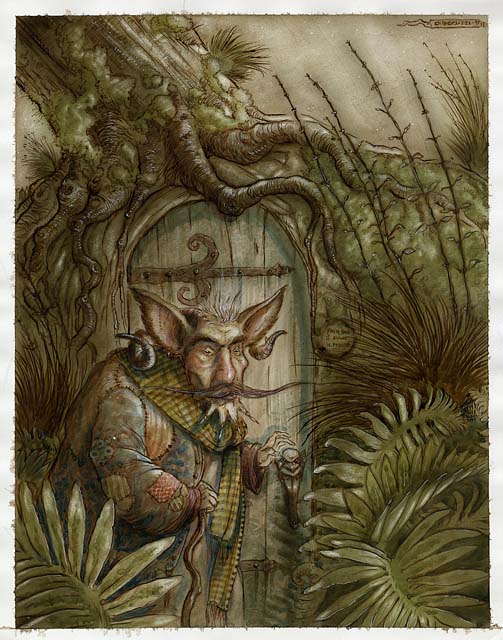 I also played with various sorts of watercolor paints (tubes versus cakes) and colored ink combinations. This would have been happening concurrently with the illustrations I was creating for the Planescape and Changeling role-playing games. In these samples I tried to mesh the line-work into the painted illustration so the image was less outlined. I tried inking my drawing prior to painting, and inking it afterwards, as can be seen in this sample of Mr. Toad from The Wind in the Willows where only certain details were inked. 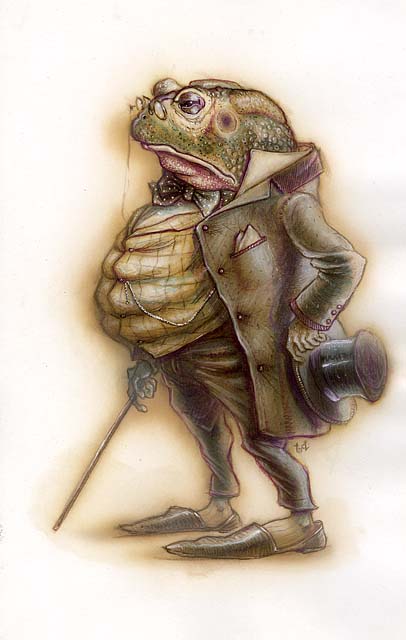 These unpublished samples mark a huge learning period in my life. I became comfortable with certain mediums and techniques allowing me to shift my focus away from my artistic inspirations and create images drawn directly from my own imagination. 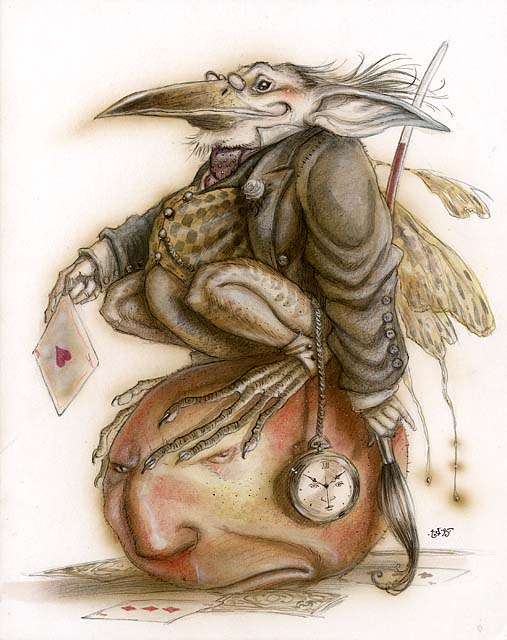 As 1995 came to a close, the spec piece below was completed and the seed for  Jimmy Zangwow was planted. I didn’t know it then, but I had bridged the gap. And it was not a gap created by lack of understanding artistic mediums and compositions – it was one caused by relying too heavily on my influences and inspirations. All I simply needed to do was put them aside and draw from my gathered knowledge and imagination. 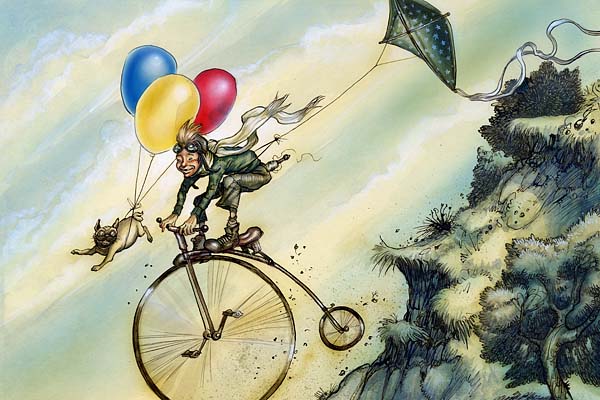