Elton John is a cat and he LOVES to bake…

So, Marlo Thomas’ 1970’s philanthropic children’s bookbuster, Free to Be You and Me is celebrating its 35th anniversary. 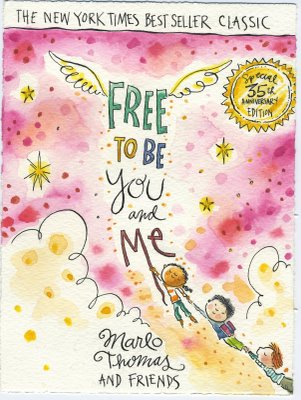 Yours truly (along with many other contemporary illustrators) was asked to re-imagine and visually update some of the classic poems. Mine was the poem “Don’t Dress Your Cat in an Apron” by Dan Greenburg, penned in 1972. Its closing stanza of:

A person should wear what he wants to
And not just what other folks say.

…hit home with me as I love fashion and wearing funky, well-crafted clothing. Seriously, its one of the perks of being a professional artist: you can get a cool uniform if you want. 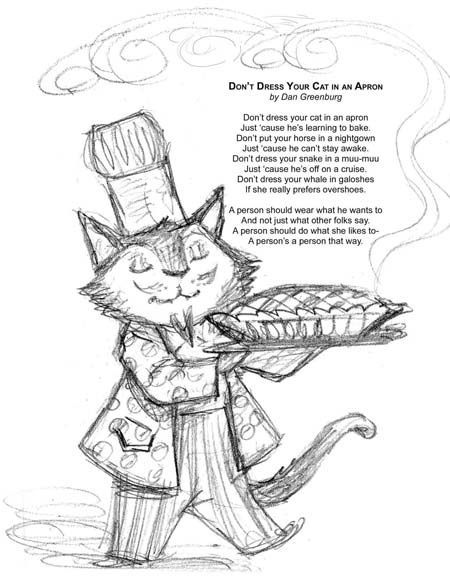 Its theme and its seventies-ish-ness origins, sparked the thought of my fav high-heeled, bespectacled rocker, Elton John. So off I went creating my image dubbed “Baker Kitty Elton”. I hope you like him. 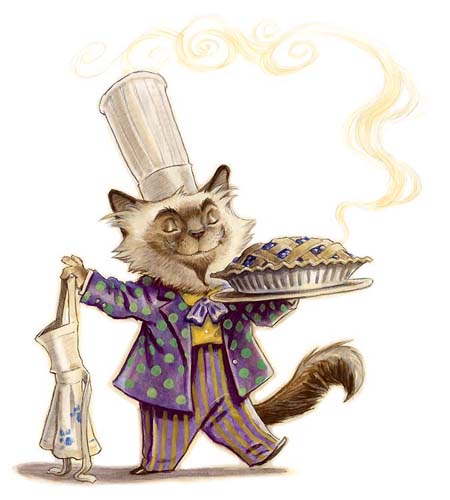 Free to Be You and Me, version 2.0, is available in fine bookstores everywhere. Give it looky and wear whatever you like while doing so.