I’ve been thinking a bit about dinosaurs since the last post, and how much I do love drawing them. 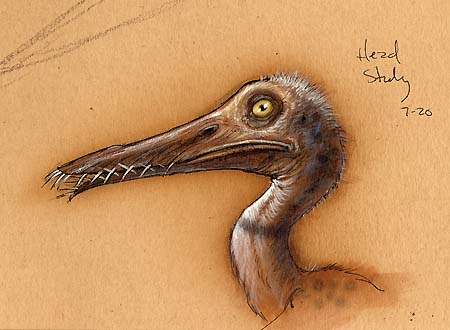 Like many boys, I was a rabid fan of all things prehistoric. Movies like One Million Years B.C., television shows like Land of the Lost, toys and models like the Aurora Prehistoric kits, and (of course) books on dinos peppered my bedroom as a kid growing up. 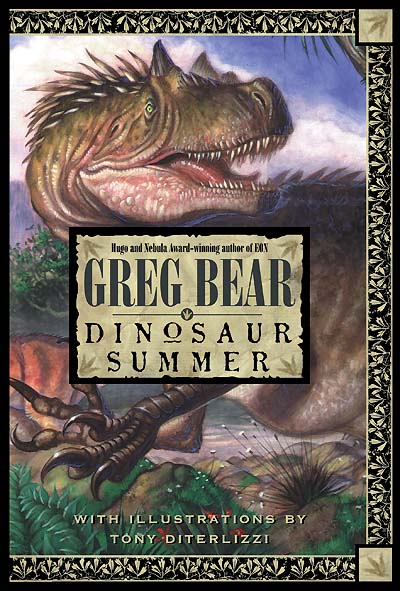 I was gonna post some of the dino art from a book I illustrated back in ’96 titled Dinosaur Summer since there is only one or two images on my site. Instead, I found my preparatory sketches done at New York’s Museum of Natural History. Here, I did life drawings of the preserved fossils and envisioned muscles and skin on top. 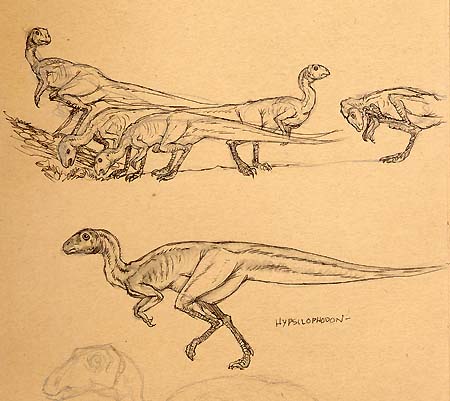 Though the book is now out of print, it was a serious stepping-stone in my career.

I was contacted by the publisher based on a recommendation from Bill Stout(!) He was their original choice to render the cover for Greg Bear’s homage to Sir Arthur Conan Doyle’s Lost World. I was absolutely ecstatic to be a part of the project, though having been submerged in the world of children’s books, I could see that these adult publishers didn’t quite get how to make the book properly for younger readers…anyways, I digress.

I received a flat fee for my part paid from Greg out of his advance. Not receiving any royalty of my own, one would think this was a foolish move on my part, however; I saw it as a golden opportunity to have an awesome printed sample of my work. I felt it was crucial as I continued to make the rounds to the other houses in the city trying to find just the right editor or art director to help me publish my children’s book ideas. 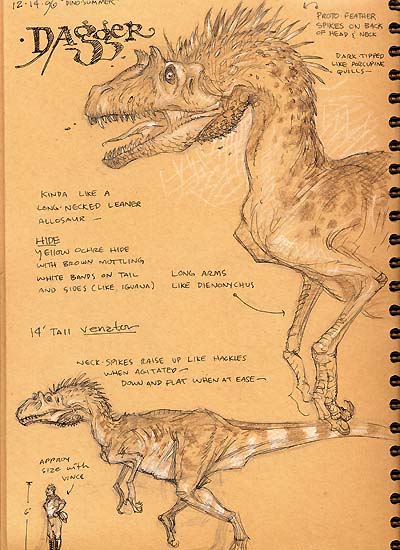 Originally I was asked to provide a color wrap-around cover, a few color plates, and a couple of interior pen & ink flourishes. Instead, I pushed for as many color plates possible, and black & white illustrations throughout – to my joy, the publisher went for it.

I remember I worked long and hard to do the best job I could within the deadline. At the time, I was quite proud of the final result (even though the publisher removed my name from the front jacket despite all this extra work). Now, of course I see technical weaknesses, but the general layouts and tone are precursors for the execution done in the Spiderwick chapter books. 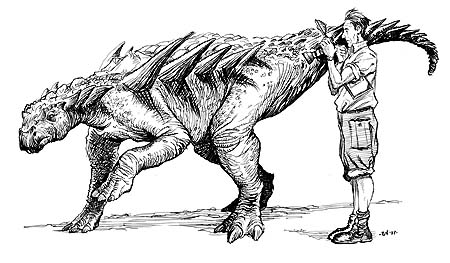 I am not sure how much longer I would have toiled to break into the elusive world of children’s publishing without a book like Dinosaur Summer in my portfolio. Ambitious as I was, at least it demonstrated that I had a basic understanding of book design and illustrating the story within. I suppose that is exactly what I needed at the time.

I’ve a couple of dino projects on the back burners. Hopefully they’ll get shuffled forward, and I’ll have an excuse to paint lots of prehistoric pretties soon.