For my rendition of The Reluctant Dragon, I wanted to create a comfy, cozy world reminiscent of Wind in the Willows. My motto for it was “a warm cup of tea”. In other words, I wanted the mood of the book to evoke the comfortable feeling you get when you curl up with a warm cup of tea on a lazy afternoon. Jim Henson’s adaptation of Emmett Otter’s Jug-Band-Christmas is very similar in tone to what I was aiming for, so the dragon needed to feel like he was from that world.

That said, I replaced all of the human characters in the story with animals. Once I started designing the main characters (which I will showcase in a later post), I was able to push the dragon design to where I wanted it. 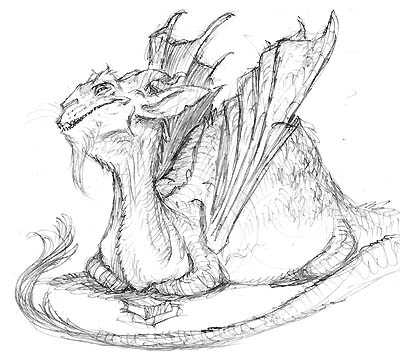 I referenced cats and goats for the main inspiration and worked from there. I tried various images showing the friendship forged between the hero, a rabbit named Kenny, and the dragon. Some were too epic, like this one: 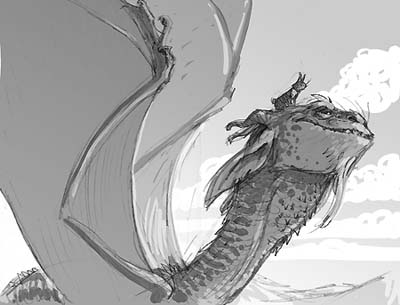 …and others didn’t feel quite right mood-wise. In fact, this one felt a little Neverending Story-ish to me. So I kept exploring… 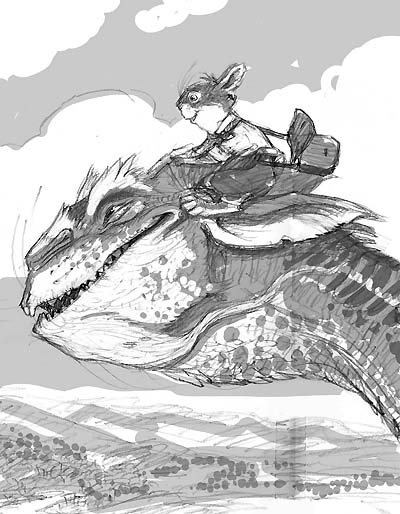 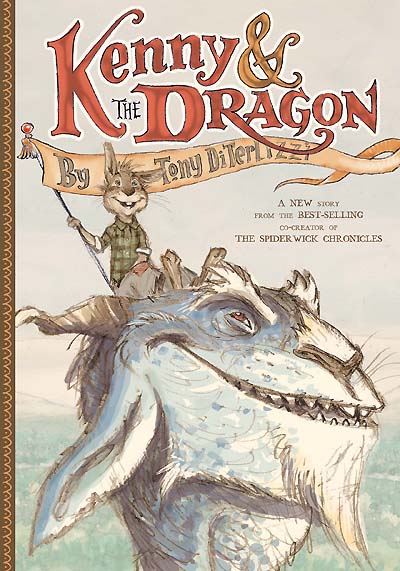 This one above, an early color comp for the jacket, was getting closer. You certainly get that they are friends, and the dragon face has a lot of personality. But I wanted a little movement, a little action to create some real interaction between the dragon and the hero. At last I arrived at this: 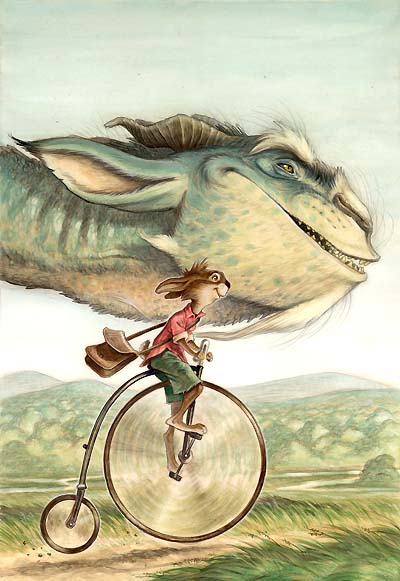 Its worth noting that the color of the scales, I think, sets it apart from other depictions. The original text mentions the dragon being blue in tone and I really liked that unexpected element a lot (it seems like so many dragons are red, brown or black). Angela had me push it into this greenish-blue to put my own spin on it, and I like the way it feels…plus Saphira (in Eragon) is blue.

So what did i gain from this design journey? I learned that a dragon – like a human – has been rendered countless times for centuries by many talented artists. To find an exciting and unique design, I need to understand the creature and what sort of character it represents. Though I still think these beasties are tough to render, I have even more appreciation to those who offer up something new and exciting to such a classic denizen of fantasy. 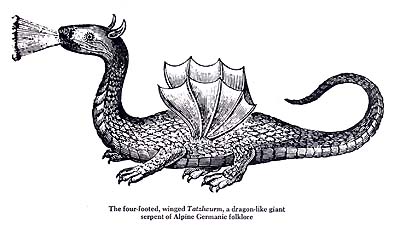