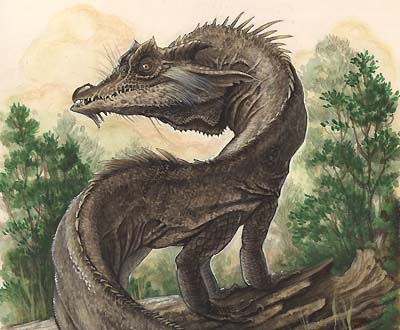 Early on, Holly and I thought it would be cool if the Spiderwick books slowly immersed the heroes into an entire world of fantasy. So, by the end of book 1, they finally see their house brownie, Thimbletack. By the climactic battle at the end of book 5, they are battling an evil ogre, his goblin army, and his brood of dragons. 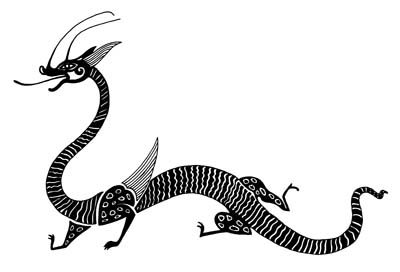 The Spiderwick dragon design was clearly inspired from Asian dragons. I had not done a long and lanky drake before, and was very excited about it. After the Pern project, I also felt less inhibited and returned to birdlike features for the head and face. 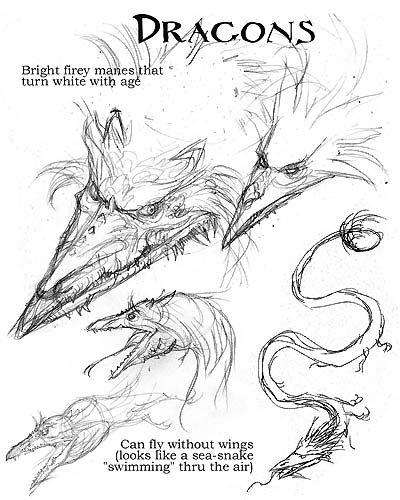 The multiple legs came purely by accident. I was sketching where exactly the legs should be placed on the body not erasing any of my previous attempts. I realized it looked kinda neat having multiple legs and found that I had stumbled onto something not seen (to my knowledge) in dragon design before. Woo! A breakthrough! 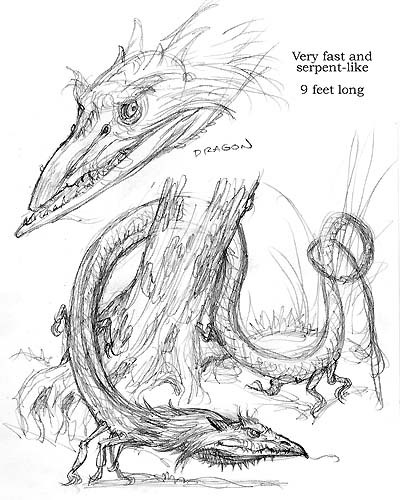 The other aspect that we pushed for was a return to a prehistoric-ish wild creature. You see, all of the creatures in the Spiderwick universe were reverse evolved from the “big fish” stories that had been told over centuries.

We developed the notion that as storytellers retold the tales of dragons, trolls and goblins, they embellished these beasts to tell a grander tale. So we tried to rewind these creatures back to what their original form may have been like. In the case of the dragon, I removed the wings (commonly seen on European drakes), made the beast smaller (about 9 feet in length), and removed fire-breathing and the ability to speak. We felt that if the dragon was less intelligent and more feral, it would be harder for our clever heroes to conquer.

One thing we did do, though, was embellish the toxicity of the creature. I wanted everything about the Spiderwick dragons to be poisonous – their breath, saliva, blood, claws, teeth, everything. They were Mulgarath’s weapon of mass destruction.

I based this idea on a story I had read about a knight who fought a particularly dangerous dragon and vanquished it. Afterwards, the slain beast’s blood ran into the ground killing all the local farmer’s crops. The idea of environmental impact by a destructive force really resonated with me, and it also fit well into the themes used within the Spiderwick books. 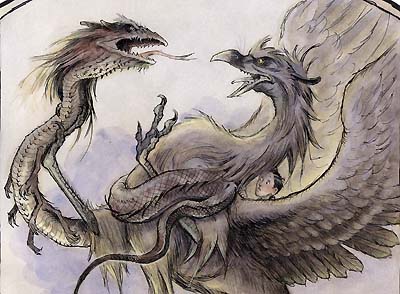 I started to realize it may actually be less about what a dragon looks like, and more about it actions. Really that’s what makes some of those favorite examples I listed earlier so memorable.

You can’t believe how relieved I am that I’ve figured this out. You see, my next chapter book involves a classic well-loved dragon…but more about that next time.

Next: A new take on an old dragon…