I’m teaching a class tomorrow at the Eric Carle Museum of Picture Book Art on creating your own unique interpretation of known fantastical creatures. One of the several designs the students can choose from will be a dragon, so I’ve amassed a library of some of my favorite images to share. It seems the timing is serendipitous with my ongoing dragon conversation here on my blog, so I decided to include a few. 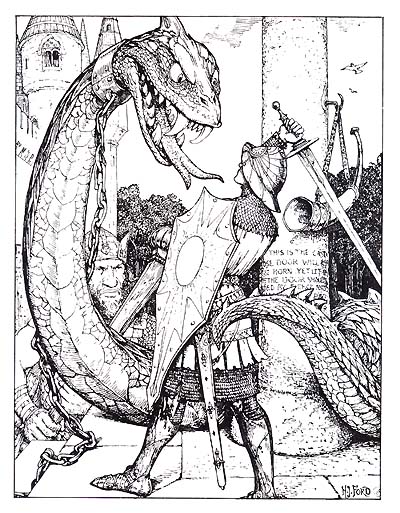 Henry J. Ford was best known for his illustrations in Andrew Lang’s Rainbow Fairy books which were a HUGE inspiration to the design of the Spiderwick books. He did this piece back in 1909. 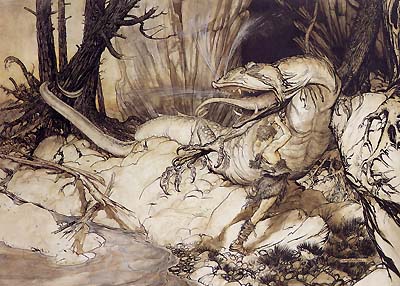 Of course, many know Arthur Rackham’s work, and I have mentioned him many times as my main influence. This is Siegfried killing Fafnir in his book version of Wagner’s The Ring. 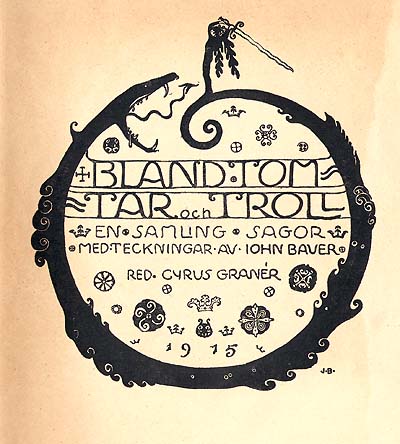 John Bauer is a Swedish illustrator from the turn-of-the-century. He was certainly influenced by Rackham, but had his own unique take on trolls and fairies. I am certain he was a big influence on Brian Froud. This is a title page to one of his troll books, done in 1915. 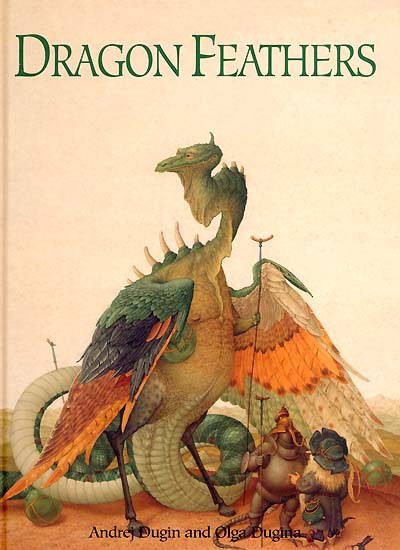 Moving ahead in time, this is the cover to a picture book called Dragon Feathers done by a Russian couple Andrej & Olga Dugina. I have seen some of their originals in person, and they are BEAUTIFUL. The detail is stunning. Try to look up their books next time you are in a library or book store, you won’t be disappointed. (and this dragon design is amazing!) 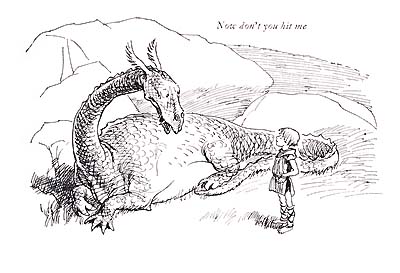 Last, but not least, is one of my favorite dragon designs. This was done by Ernest H. Shepard, best known for his work in A. A. Milne’s Winnie-the-Pooh books and Kenneth Grahame’s Wind in the Willows. This is an image from another Kenneth Grahame short story, The Reluctant Dragon, from a book titled Dream Days.

This image means the most at the moment, for you see my next book, Kenny & The Dragon, is a fully-illustrated retelling of this very story. More to come next post…