Wow! All I can say to you all is WOW! Everyone really did a phenomenal job for this contest!

All of us here at DiTerlizzi studio tonight were BLOWN AWAY by the menagerie of dragons that danced upon my computer screen and on the flat files and floor. We received entries from all over the world, in all age groups, and in all sorts of mediums.

Judging was tough. We discussed all of the entrant’s work at length – looking for that great combination of story, character and design. I even invited John Lind, a designer buddy of mine (and his loverly wife), to come and help Angela, Will and I with the decision-making – it was that tough for us.

Everyone agreed there should be more than three winners – so we doubled it and chose six.

But, before you read on, check out Joe Sutphin’s amazing entry. Joe sent me a note saying he just enjoyed being a part of the contest, and wanted someone else to take the prize. Nonetheless, I thought you all would enjoy his “Stilted Atlantic Wyvern” or “Crab Hawk”. 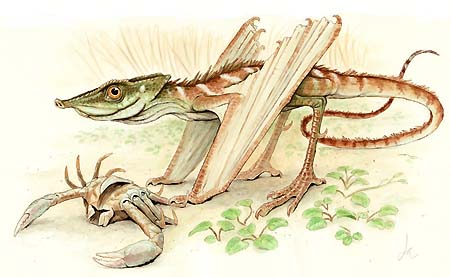 Thanks for being a part of this Joe, I just know you’ll go on to influence others with your imaginative art… Now, onto our WINNERS! 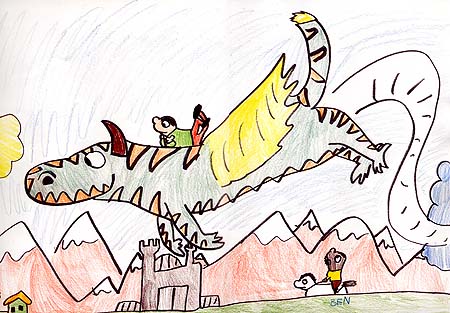 8-year old Ben from Bishop, California sent us this fun drawing of “The Western Dook Dragon”.
“…Who loves flying everywhere. It eats mushrooms, potatoes and other things. It swims in duck ponds and plays with ducks.”

Next, the judges couldn’t agree whose piece they liked more from brother and sister artistic duo, Gracie and Isaac – so we decided to award a prize signed to both of them. 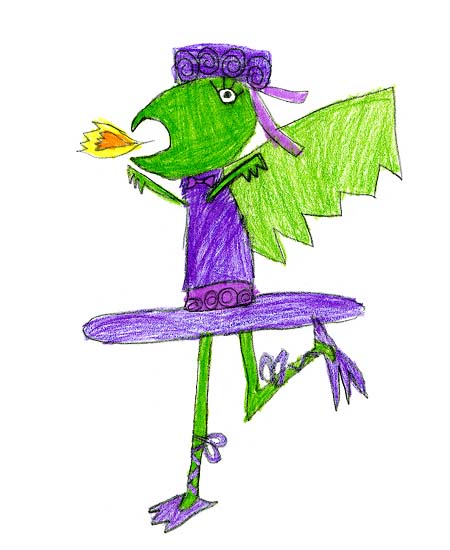 Gracie’s (age 7) dragon is named “Tutu the Dancing Dragon”.
“She likes to dance. She likes to boogie. She wears this outfit all the time. She dances for the king of TwinkleLand. Tutu dazzles with her dancing tricks.” 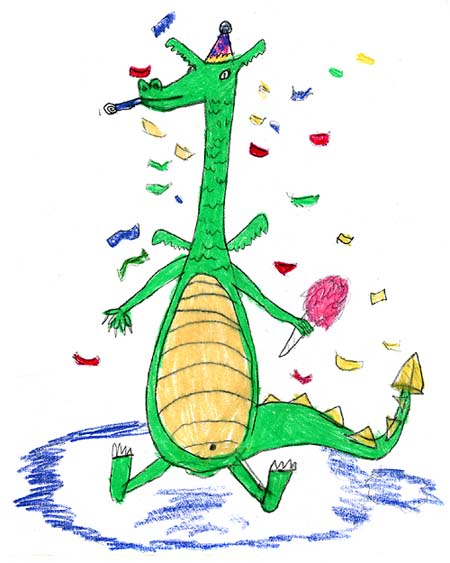 While Isaac’s dragon is called “Pistachio”.
“He throws the parties at home in his castle, and everyone is invited. He likes cotton candy, and he enjoys both giving and getting presents.” 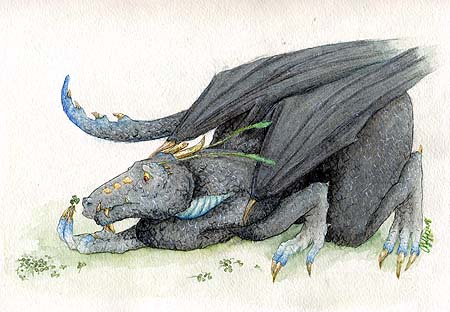 Meanwhile, we were all blown away by 15-year old Nancy’s depiction of “Xarpho”.
“…who has been known to snack on trolls and stray vagabonds every now and then. Nowadays she lives a solitary life in high mountains, collecting four-leaf clovers, maple keys, and things alike.” 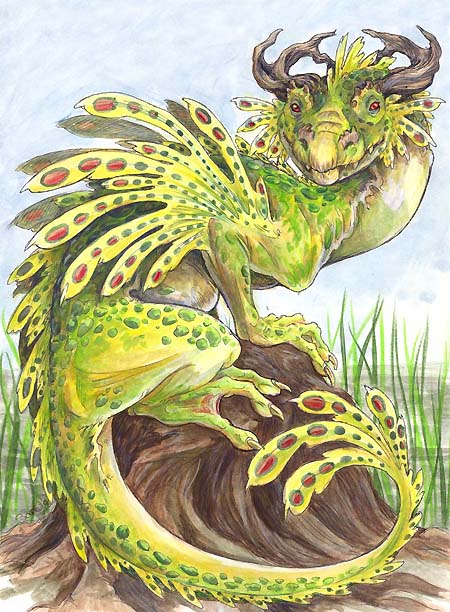 From Wilton, New Hampshire came “Horace”, a Greater Mangrove Drake, colorfully rendered by Sara.
“He’s a semi-aquatic dragon with a fondness for terrapin soup and mint tea. He loves poetry but unfortunately prefers to have it read to him, as the pages get soggy underwater.” 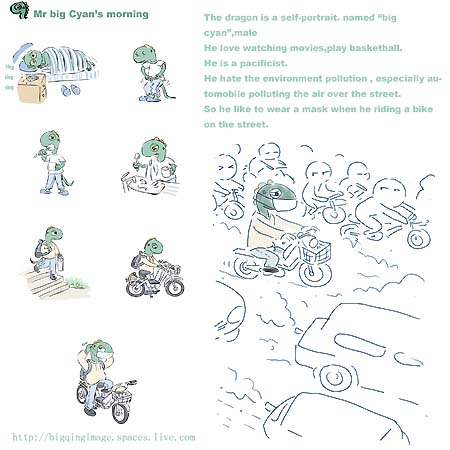 Next, from HangZhou, near ShangHai China, comes “Big Cyan” a self-portrait by Qing.
“He loves watching movies and playing basketball. He is a pacifist. He hates environment pollution, especially automobiles polluting the air over the street. So he likes to wear a mask when he riding a bike on the street.”

..and last (but certainly not least) is our GRAND PRIZE WINNER Adam! Everyone just loved the originality and magic in this illustration and description:
“This is my dragon Furwyrm. In this picture you can find him on his usual early evening activity, hunting Glowdoves. A tasty morsel indeed, providing not only nurishment, but the special life essence called Esporia. The Furwyrm’s huge eyes allow them to spot these mystic creatures from miles away. Usually keeping to the misty rocky cliffs near the Outer Lakes, Furwyrms have been also known to have an affection for waterfalls. They will use it as a giant shower and an easy way to keep their long bodies clean.” 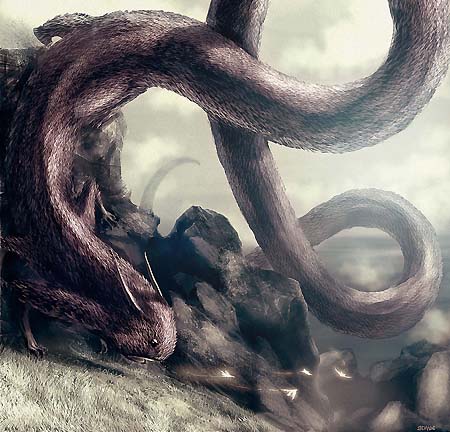 Dear readers, I hope you were as inspired by these majestic drawings as much as we were. Thank you all so much for participating (especially those who had also entered the Spiderwick drawing contest), I was truly touched by the amount and quality of work that came in – you all have inspired me.