Its taken over a week for Angela and I to recover from the madness of San Diego’s Comic Con International, but boy, was it worth it. 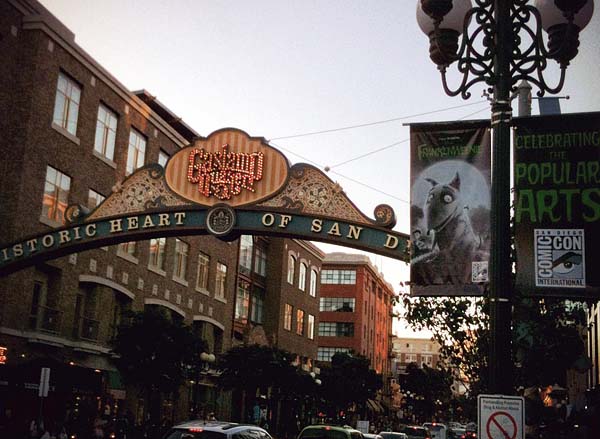 I first attended Comic Con in 1997 as a guest of Wizard of the Coast. Along with artists, Rebecca Guay and Terese Nielsen, I signed piles of Magic the Gathering cards and was grateful to meet many a fan. Of course, I also got to be a fan myself, which is something I love about attending conventions of this sort. 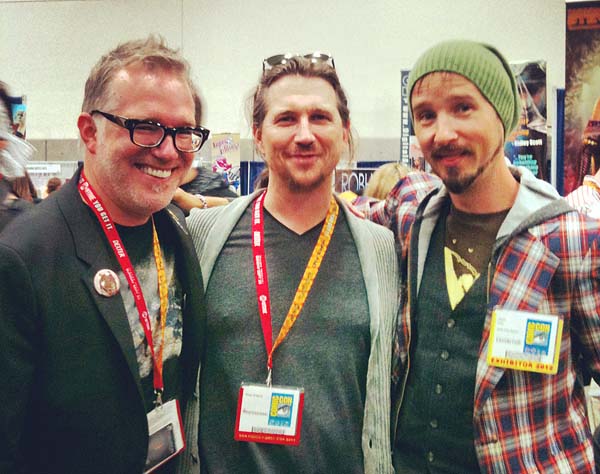 These days I primarily attend to promote my kid’s lit. However; I still enjoy catching up with artist-pals who I met back during my gaming days – like Doug Alexander Gregory and Jason Felix (above). 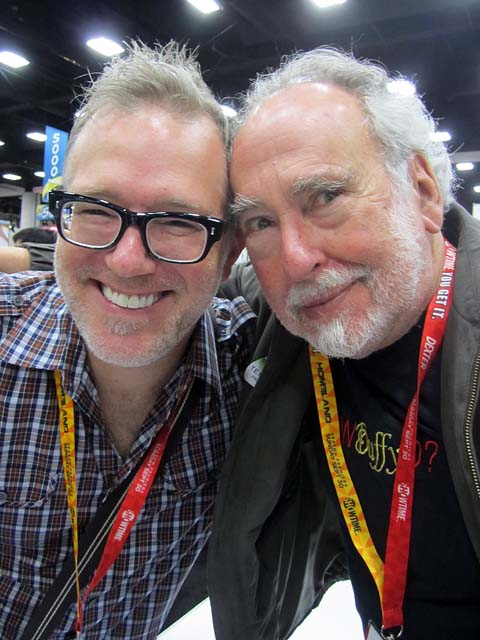 Another old friend I was excited to meet in person (for the first time) was award-winning author, Peter Beagle. Many know Peter’s work through his his beloved tale, The Last Unicorn, which is also a fav of mine. I had the opportunity to illuminate Peter’s prose for his anthology Giant Bones early in my career, and was thrilled to reconnect with him. Perhaps there will be more Beagle/DiTerlizzi book collaborations in the future…hmmm. 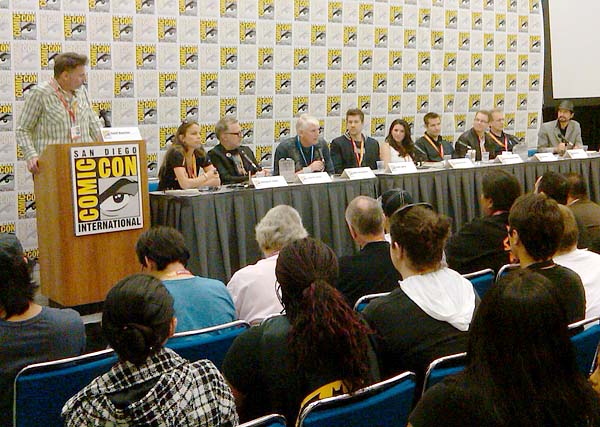 Speaking of books, I spoke about translating books to film on a panel hosted by LA Times reporter, Geoff Boucher. Along with many talented authors, we discussed the inevitable changes made when a book is adapted into a screenplay. In the end, all panelists agreed that, despite a film’s success or failure, the book will always remain to express the author’s true vision of their story. 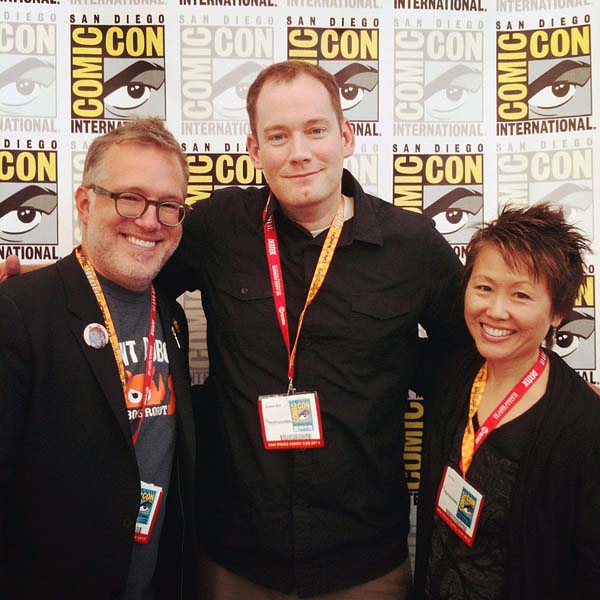 I continued to talk story with fellow kid’s lit authors Brandon Mull and Lisa Yee (as seen above) on a panel focusing on the heroes of middle-grade fiction. This was another fascinating discussion that I wished could have continued far beyond our 1 hour time limit.

I can say that I am happy to see the kid’s lit presence grow in comic con’ s pop culture Petri dish. After all, many of the most celebrated (and biggest film/tv/toys/game) franchises came from books aimed at young imaginations. You know, books involving this guy: 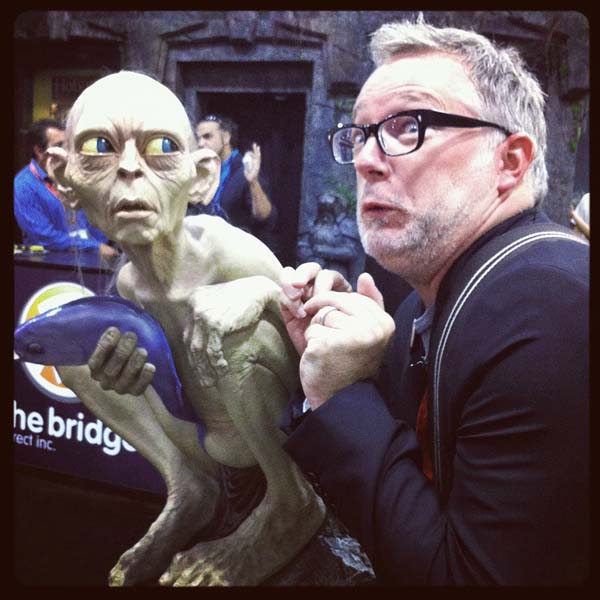 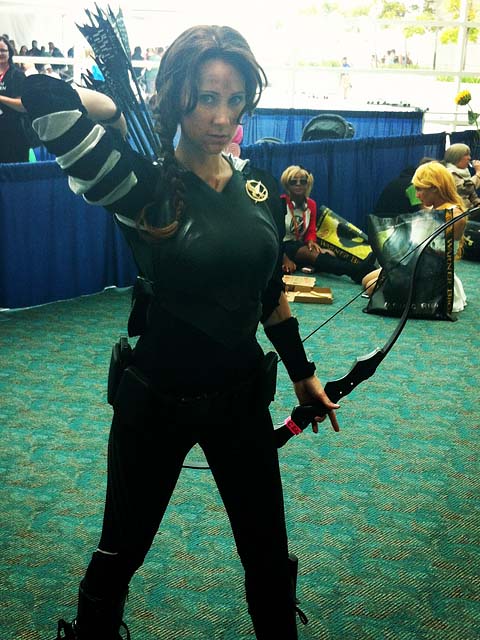 …and even these guys: 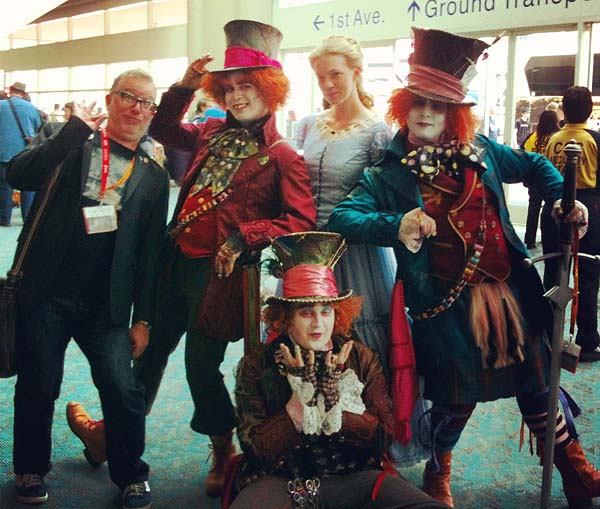 Many thanks to those of you who attended my events and stopped by the signings to chat. Your support of my work allows me the excuse to experience comic con both as an creator and a fan. 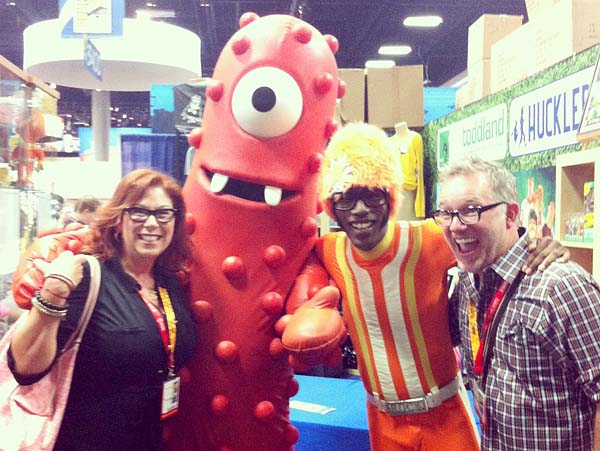 (above) Ang and I with Yo Gabba Gabba’s DJ Lance and Muno. Look at my guilt-ridden face as I meet my daughter’s favorite TV characters without her. 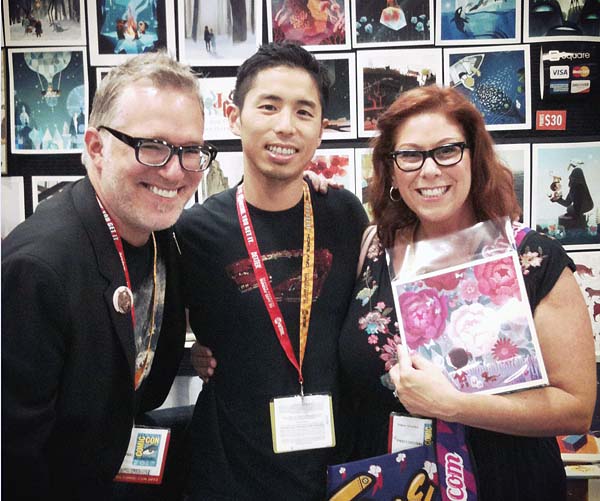 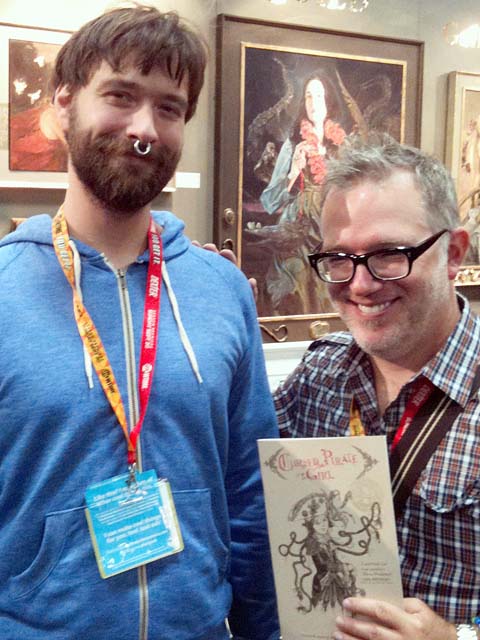 Picking up a copy of the comic, Cursed Pirate Girl, by inkmaster, Jeremy Bastian. 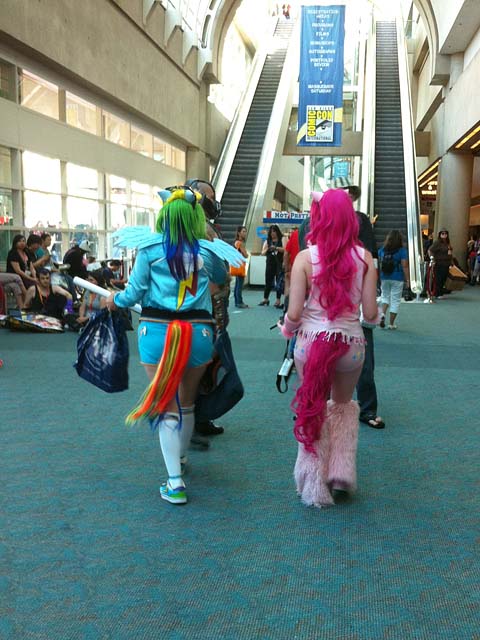