BOOKS: The Many Colors of Andrew Lang & H.J. Ford

Dragons, trolls, nixies, mermaids, giants and fairies. I could be talking about Spiderwick, Brian Froud & Alan Lee’s Faeries, or perhaps this is (yet another) post on old D&D. But, in fact, I am referring to the collection of twelve colored fairy books collected and translated over 100 years ago by Scottish novelist, Andrew Lang, and illustrated by English inkmaster, Henry Justice Ford. 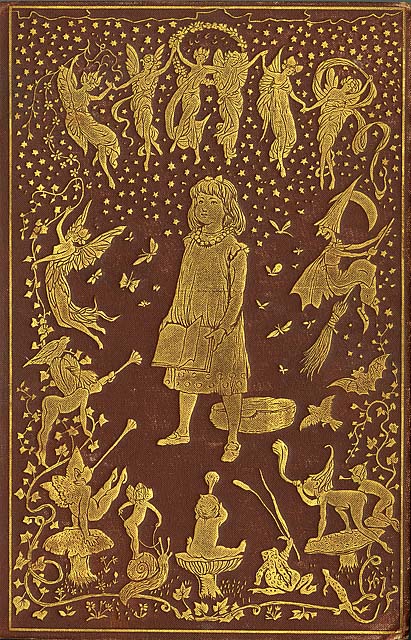 This collection of fairy tales from around the world was a favorite in the DiTerlizzi household when I was a kid. We could pick any color book we wanted (there was The Red Fairy Book, The Green Fairy Book, The Lilac Fairy Book…you get the idea) and my mom would read stories from them to us at bedtime. In later years, I would attempt to copy Ford’s intricate linework and design. His sense of composition and iconic illustration style certainly had an impact on me, especially on the Spiderwick chapter book illustrations. 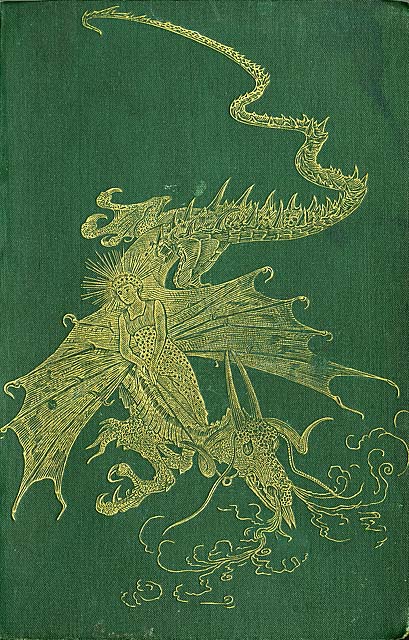 Never heard of H.J. Ford? Most probably have not. Its odd how his legacy is eclipsed by contemporaries of his time such as Arthur Rackham or Ernest Shepard – both of whom I am sure were looking at his work. However, in Ford’s art you can see the influence of the Pre-Raphealites more so than say, Rackham’s, and I like that. Its as if he were the illustrator equivalent to John Everett Millais or Edward Burne-Jones. His black & white imagery is of danger and drama, mixed with beauty and youth, against that lush English landscape. 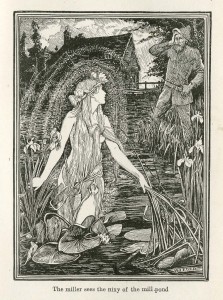 There is no question that Ford’s art inspired illustrators working today. Michael Hague cites him as an influence and has collected first editions of all the colored fairy books (so jealous). I would even venture a bet that up-and-comer, Jeremy Bastian, has Ford’s blood pumping through ink-filled veins of awesomeness, especially in his comic, Cursed Pirate Girl. 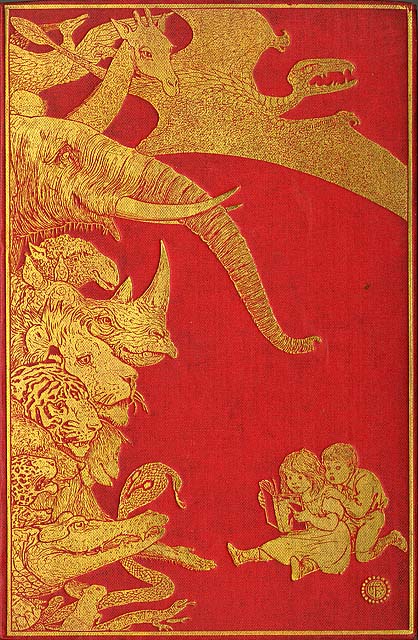 In addition to the fairy books, Ford also teamed up with Lang on other collections such as The Arabian Nights Entertaiments and The Red Book of Animal Stories -both favorites of mine. In Animal Stories, there are tales of unicorns, basilisks, and even a re-telling of Beowulf. 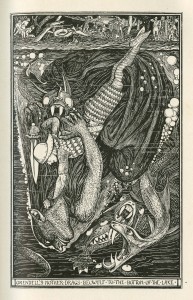 There is so much art in these tomes (about 40-50 illus in each), and they came out in such a short period (the fairy books came out from 1889-1910), that I am amazed Ford was able to keep up the quality during the workload. Every illustration is a polished gem. I suppose not having Facebook, Bluray movies or a Wii as a distraction has its merits. 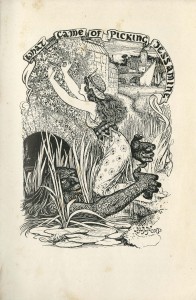 These scans are from the few first editions I have collected over the years and are at actual size. Click’em, download’em and prepare to be amazed. 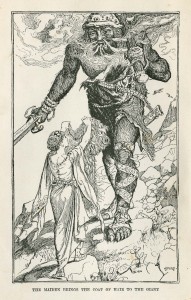 Now THAT is a Fire Giant… 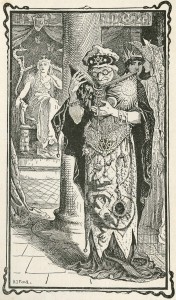 …and THAT is how you draw a wizard… 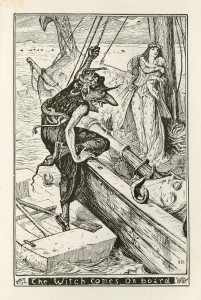 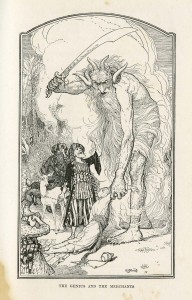 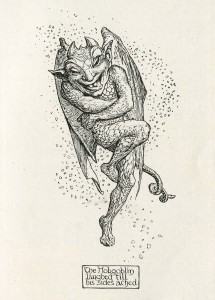 …we even reproduced Ford’s version of a hob in Arthur Spiderwick’s Field Guide to the Fantastical World Around You. Above is the version as it appeared in The Pink Fairy Book back in 1897. 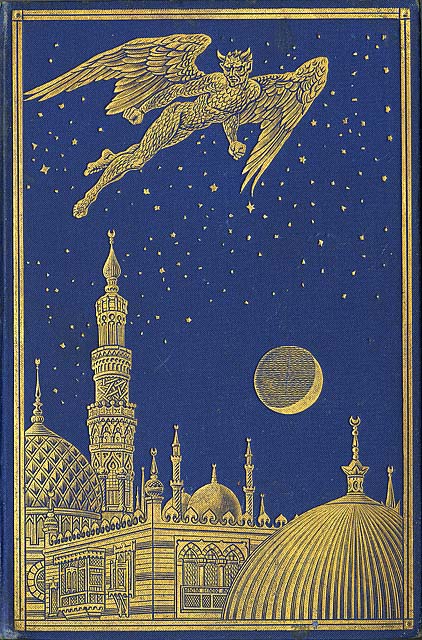 Are you frothing for more Ford? Head on over to books by Dover and grab your copies of these classics at an affordable price.