Angela and I were in New York City this week and were able to sneak downtown, away from my many meetings with my publisher, to a favorite haunt of mine, Books of Wonder. BoW is a great indy bookstore for several reasons:

1. It is packed with an amazing cross section of the best books in print created for children.

2. It also carries a serious amount of out-of-print and antiquarian books.

3. There’s a cupcake bakery inside the store. You read that right.

I’ve known the owner, Peter, since I started making kid’s books and he’s always been supportive of my work. He and I enjoy a good banter on Golden Age illustrators and some of their lesser known books. One treasure that I was very happy to find on this visit was a second edition of Arthur B. Frost’s Stuff & Nonsense from 1888. 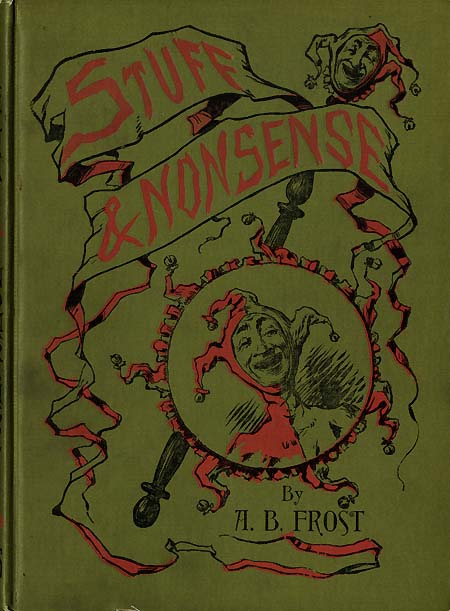 If you don’t know Frost’s work, you should. He was an illustrator, painter and cartoonist. He illustrated for Lewis Carroll and Joel Chandler Harris’ Uncle Remus stories. His action packed images, matched with captions paves the way for sequential art (like comic strips and comic books). And he was an awesome ink master. Check this out: 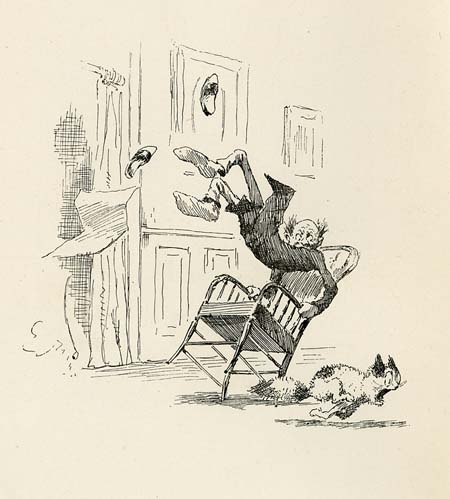 This is from a short comic in the book called “the Fatal mistake” about a poor cat that eats rat poison. I discovered this sequence back in high school in a library book. I photocopied the images and taped them into my sketchbooks – that’s how far back my love of Frost goes.

I think it is his ability to freeze action, like looking at an animated cel, and caricature at the same time, that blows my mind. There are not many that could, or can, do this (though Peter DeSeve does come to mind). 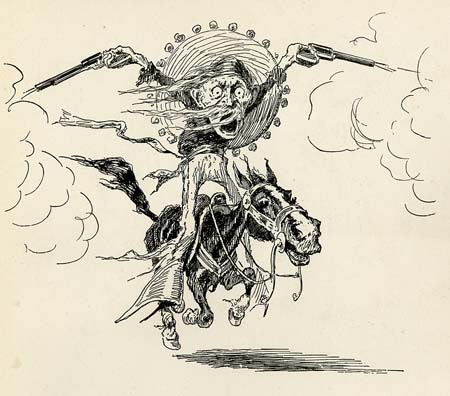 Though I dedicated the Spiderwick books to Rackham – and he certainly was my main influence, I also looked at a lot of Frost. I like the frenetic ink style and the bony blocky form of the figures. Rackham’s line was calligraphic, elegant even when he was drawing gnarled old oak trees. Frost looked like he was painting with the line…on a half-dozen cups of coffee. Trust me, that’s hard to do.

Here are some larger jpegs to check out – just click them for a bigger view: 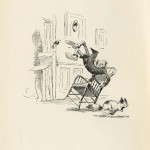 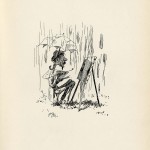 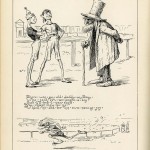 Also, it looks like Fanta-Graphic Books might have brought Stuff and Nonsense back in print in 2003. Pick up and copy and be ready to weep – this work is untouchable. 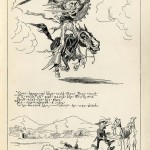 PS – I’d be remiss if I didn’t mention that though Frost rocks it, he was active during a not-so-politically correct period of American history. That said, his caricatures of minorities are typical of the period and not nice. There were only a couple images in the entire original edition of Stuff & Nonsense (and I am not sure if the Fanta-Graphics edition pulls them), but I just thought this was worth mentioning. Of course, I don’t endorse such imagery in any way.