Back in the Saddle

I realize I’ve been doing a lot of writing, designing, plotting, and even a little art-directing lately. But the one thing I haven’t done a lot of is some serious drawing. As I warm up to begin the interior art for the last Spiderwick book, The Wyrm King, I blow the dust off of some old sketches in an attempt to track what I’ve learned in the last decade.

This is nothing new. French artist Claire Wendling did it masterfully in a fascinating revisit to one of her earlier published sketchbooks, Iguana Bay. In the same spirit I took my first self-published sketchbook, aptly titled DiTerlizzi Sketchbook (it was limited to 100 copies and sold at the 1994 GenCon game fair), and looked at it with older, possibly more astute, eyes. 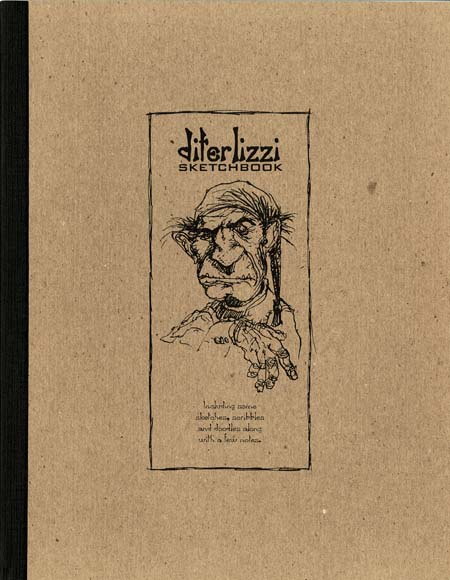 I started with the goblin on the cover. Certainly he was a classic Dungeons & Dragons Monster Manual-inspired character. Though there is some fun gesture with the penwork (especially in the hand), I really had no control over the ink. I was trying to learn how to put it down on paper without making too much of a mess. The overall gesture doesn’t say much about his character either – he is simply a grotesque head popped on a scribbled torso.

The first thing I did, before I sketched anything, was take a quick snapshot of me acting as this goblin. I figured he was a grumpy sort of character (perhaps due to dental problems). So, with my computer, I struck a pose: 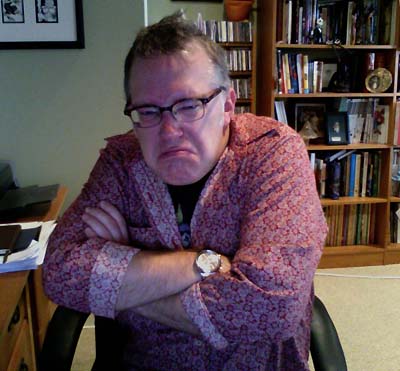 Young artists out there: this took less than 90 seconds to pose and print. One and a half minutes. If I had Ang take the shot with our digital camera, then perhaps 5 whopping minutes to shot, download, and print. There is no excuse why you cannot have reference to help make your imagery more convincing. You are never too old, or experienced, to do this. Okay, rant over, blog resuming… 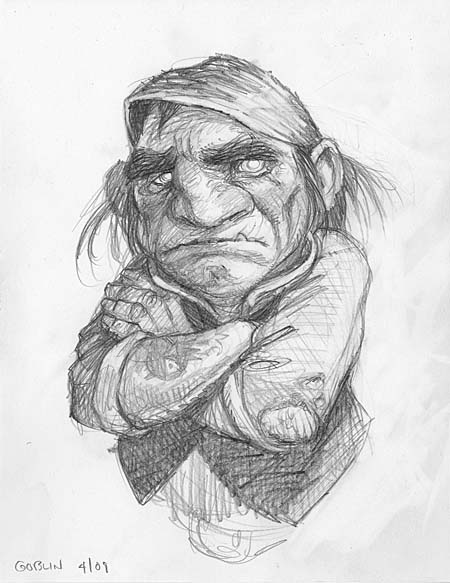 Great, so the grumpy goblin pose helped. I was able to sketch the pull from his crossed arms on his tattered shirt convincingly, and play with some nice facial lighting. In fact, I twisted and pushed his facial features to give him a battered appearance. (Personally, I think most D&D characters would be a little worse for the wear from all of the adventuring anyhow). 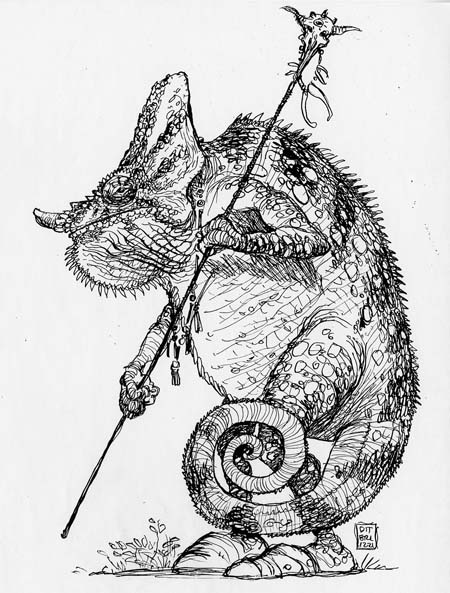 Next, I found a fairly decent ink doodle of a chameleon lizard man shaman. Surprisingly, my linework here was pretty solid, if a bit overworked. The aspect I did not capitalize on, though, was the awesome anatomy of the lizard itself – he has humanish arms and legs plopped on his reptilian form. 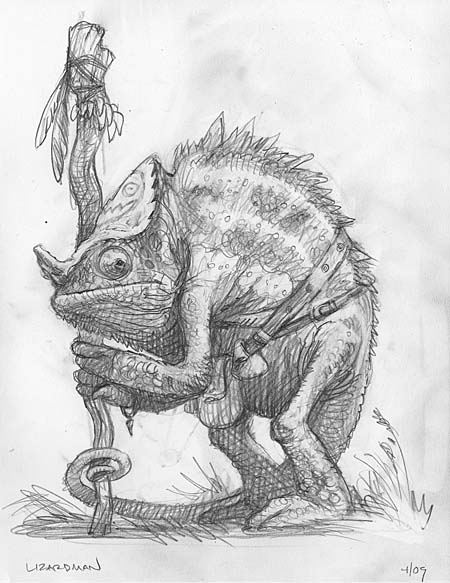 My quick redo retains his lizardy features with a couple of hints at intelligence: jewelery, belts and pouches, and a staff.  By the way, I used the same book I used as reference for this original drawing: Chameleons, by James Martin. 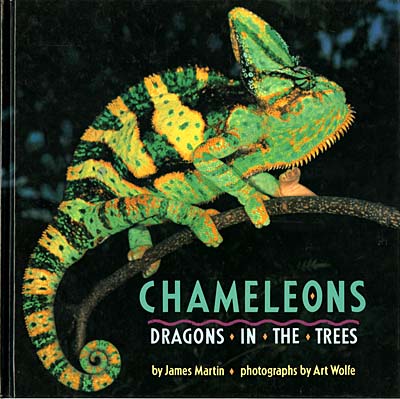