Back in the Saddle (Again)

I’ve another sketch re-visitation to share this morning. It was my sole warm-up yesterday before I began work on the new Spiderwick book. This time, I looked at a 1994 pen & ink drawing of a Dungeons & Dragons orc guard. 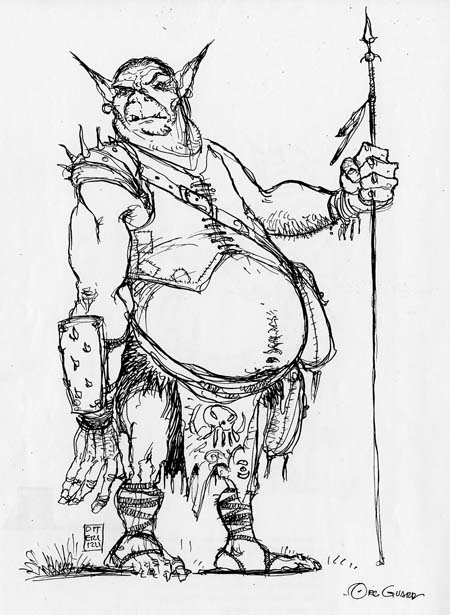 There is something comical about this guy that I do like – especially with his mix-matched armor and pencil-thin spear. But his “orcishness” (new word, you know what it means) is pretty lame. He’s basically an exaggerated guy with big ears and a pig nose. If memory serves, orcs are indeed porcine in appearance, but also capable humanoid warriors. Time for some serious reference. 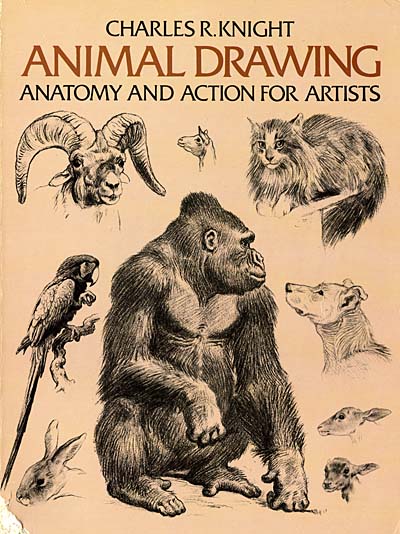 I gathered some photos of wild pigs from books I had here in the studio and from the internet. I also referenced Charles Knight’s Animal Drawing, from 1947 (though still in print thanks to Dover Publications). I grew up loving Knight’s dinosaurs and ice age paintings and his knowledge of animal anatomy is superb. Sure enough, he had some wonderful pig studies. I was able to start building my own anatomy on a quick gesture: 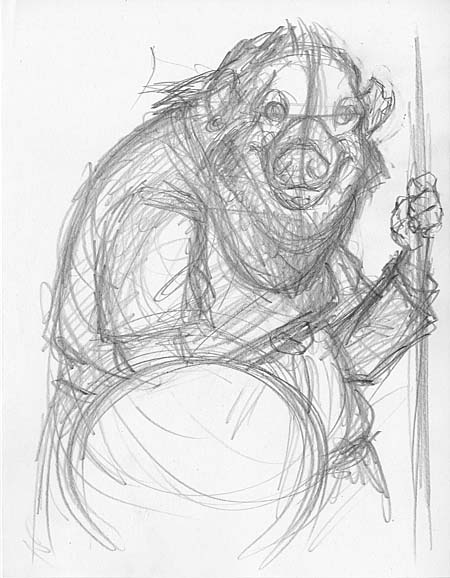 I twisted his snout a bit to indicate that perhaps he smells something (like a rotten human). Also, I hunched him over in a neanderthal-type stance, which somehow reads more thug-like. The hairiness of wild pigs made me think giving him a dense beard…which then led me to think of vikings…so it was off to another reference book for more detail gathering. 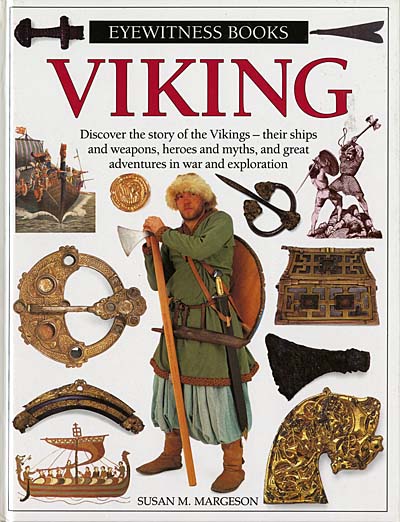 The DK Eyewitness series was MADE for artists. Within a few page flips, I found how this fella’s leather-padded armor was constructed, as well as his pilfered shield. 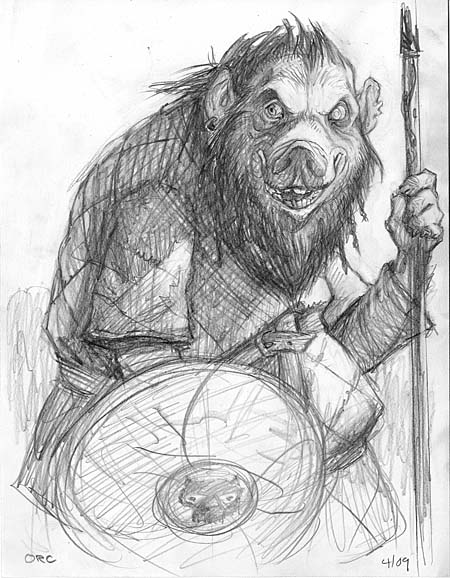 I did a blind eye and battle-damaged ear to indicate past damage suffered on the left side of his head. I’ve done the blind-eye/detached retina thing a lot, I know, but it does add a creepy factor.

Okay, that’s it for now…more next week.