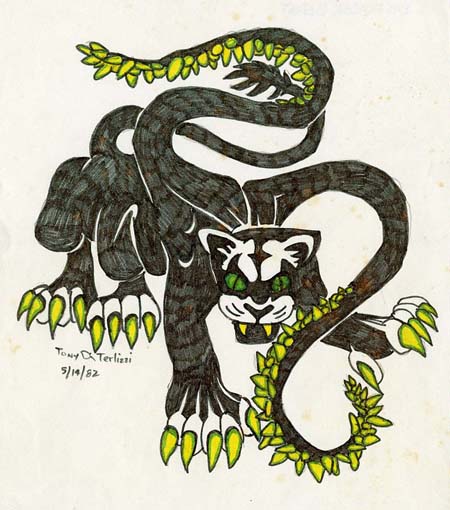 Jon Schindehette, the Creative Art Director for Dungeons & Dragons at Wizards of the Coast, invited me to participate in his “How I Made it” series over at his blog in hopes that my story may offer up some seeds of inspiration for up-and-coming fantasy artists. In fact, I found his blog to be INCREDIBLY informative for any who are interested in breaking into the field – where was your blog when I was getting started, Jon!?

Of course, there were no blogs in 1992 when I submit my artwork to TSR (the fine publishers of D&D back then). But you can read all about what I did do on Jon’s blog here.

As a bonus, I found a pile of my original submissions that were sent to TSR. Jon posted them on his site, but here they are bigger and with some additional comments: 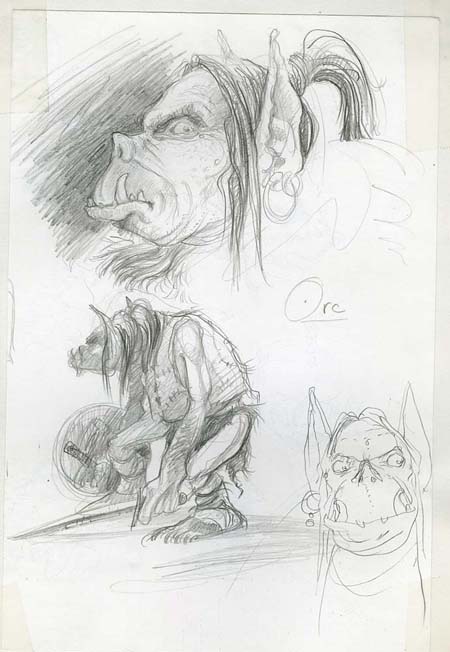 Preparatory sketches of orcs drawn in the spring of 1992. These orcs were certainly inspired by Brian Froud and Alan Lee’s work as well as the goblins in Rankin & Bass’ animated movie of The Hobbit. 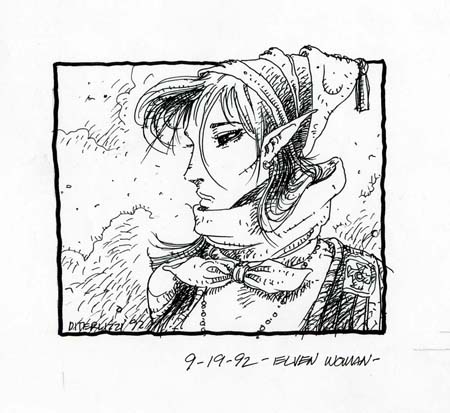 Finished ink drawing of an elven player-character done for my initial submission to TSR in September, 1992. I remember I was looking at a lot of Jean-Giraud Moebius’ work back then and you can see it the overabundance of tic marks done in this one. 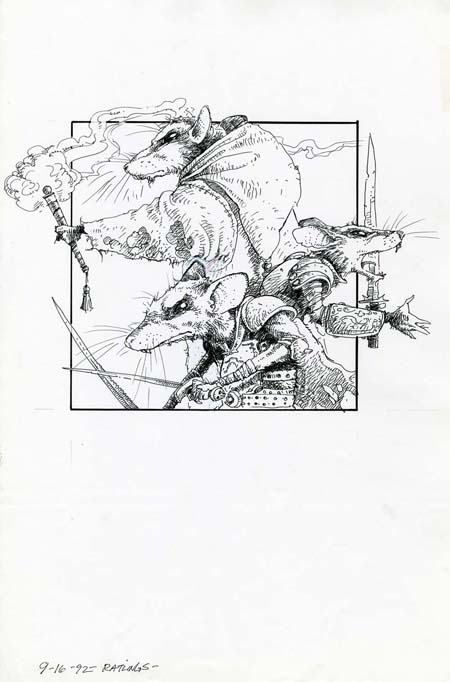 Finished ink drawing of a trio of were-rats done for my initial submission to TSR in September, 1992. There was no color work in my submission samples because all of their gaming books were only printed in black & white throughout. It was a well-known fact that the color cover work was done by TSR’s staff artists, a highly coveted position I figured I was not worthy of.

A year later (just prior to Planescape starting) I was offered a staff position but turned it down because I was dating this really cool girl back in Florida…who I eventually married and adore more than ever. Fortunately, there were no hard feelings with the team at TSR and I continued an amazing and prosperous working relationship with them throughout most of the 1990’s. 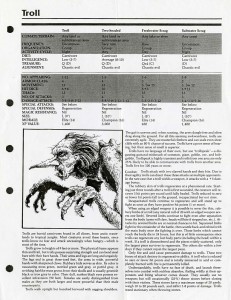 AD&D Monster Compendium sample mock up with my artwork, done for my initial submission to TSR in September, 1992. (click image for detail) 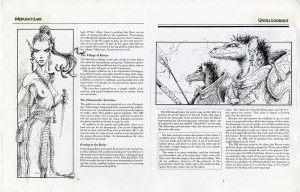 Sample page layout of a gaming module mocked up with my artwork. This was done for my initial submission to TSR in September, 1992. This harem-inspired medusa drawing actually was colored and used in 1993’s AD&D Monstrous Manual. Of course, the ethics of TSR’s publishing had changed since the 1980’s and a top was added prior to completing. (click image for detail) 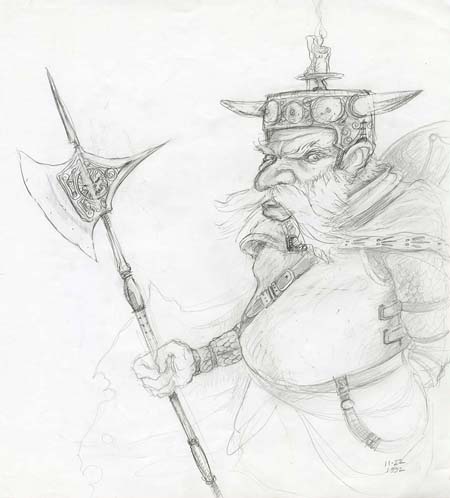 Pencil sketch of a dwarven player character done in preparation for my third submission to TSR in 1992. This dwarf was based on one of the player characters in the D&D game that I was participating in at that time. 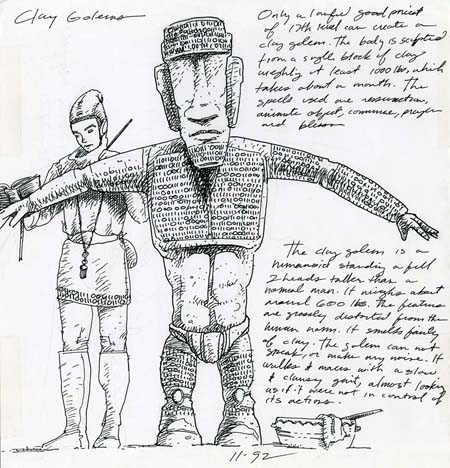 Ink drawing of a cleric preparing to animate a clay golem done in preparation for my third submission to TSR in November, 1992. The idea here was to illustrate an otherwise unseen action and make it interesting. 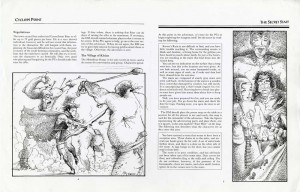 Sample page layout of a gaming module mocked up with my artwork. Done for my third (and final) submission to TSR in November, 1992. These illustrations of player characters battling and finding treasure were the images that finally got TSR to take a chance and use me. Looking back on them today I wince at how overdone the ink work is, but at that time no other artists were really working in this style for TSR’s gaming products. (click image for detail) 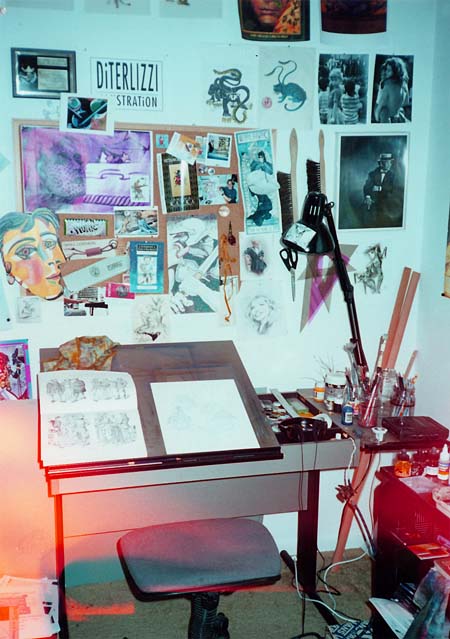 Snapshot of my workspace in Florida, 1994. I couldn’t find any shots of me working on the initial submission pieces for TSR, but I did find this gem from my Planescape years. The desk was one my parents had bought for me for art school which I held onto for years (my brother owns it now) and you’ll note a few favorite illustrations of mine tacked to the wall including my 1982 Displacer Beast next to my 1993 rendition.