This year marked a decade of touring for my books (the first tour being for The Spider & the Fly back in the fall of 2002). And, though the travel hasn’t become less stressful, I still love coming to a bookstore, school or library and talking books. I can’t thank you all enough for making it all worth the while. 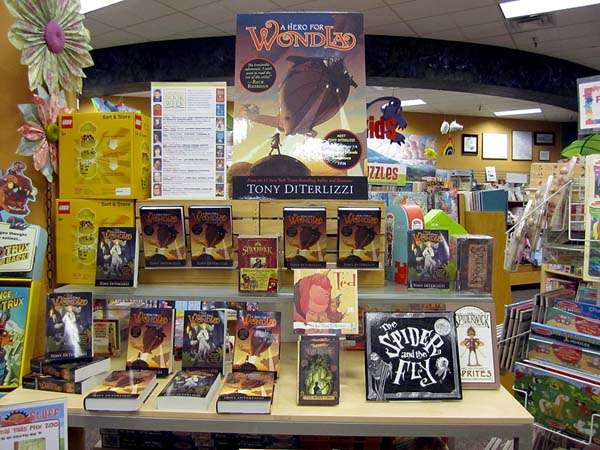 Each tour has a million magic moments packed into 2-3 weeks. I try to take as many pictures as I can to record it all, but it is fruitless. I have to rely that my memory will hold and savor all the warm handshakes and bright smiles that I encountered while crossing the country. 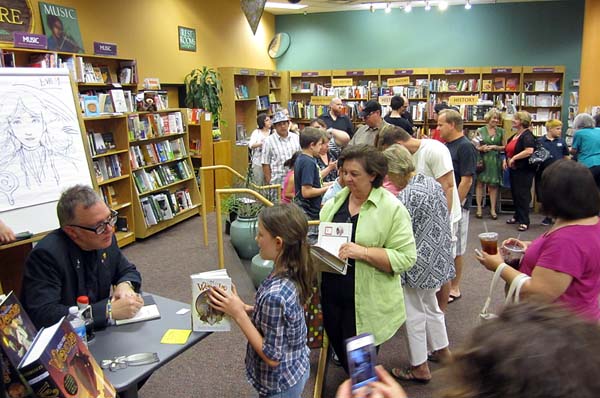 Of course, some of these memories are not so cheery. The day A Hero for WondLa was released was also the day my cell phone was abuzz with the sad news of Maurice Sendak’s passing. Though I knew Maurice’s health was in decline, this was hard news to hear. My mind whorled with memories and questions and I reached out to those whom I knew were close with him to offer condolences. 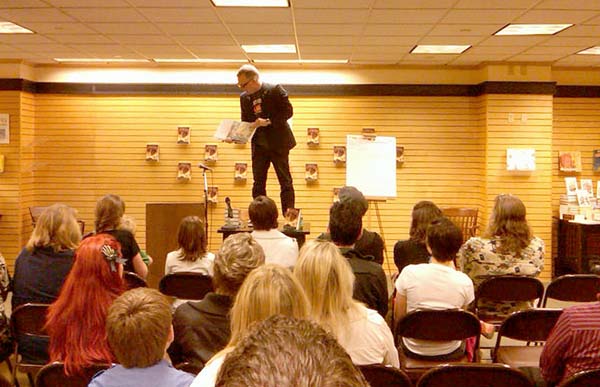 That night, at a Santa Monica Barnes & Noble, I stood in front of a crowd consisting of Hollywood friends, and even some old art buddies from my gaming days, and read Where the Wild Things Are in honor of Maurice. Everyone cheered and joined in. It was glorious and saddening.

From Los Angeles I worked my way up to San Francisco and visited old friends, like Valerie and her staff at Hicklebees. This is an unforgettable independent book store that actively supported the launch of Spidewick way-back-when. 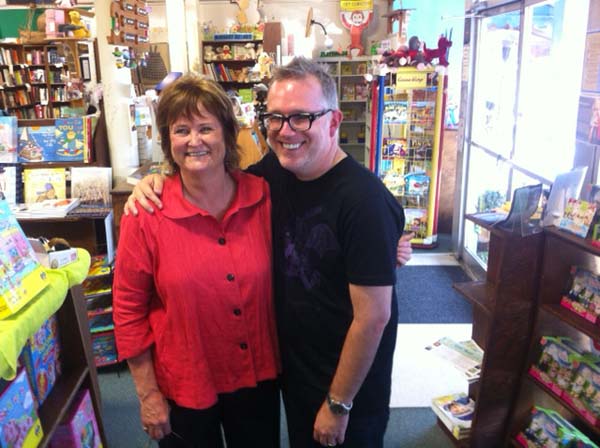 At Books Inc. I received one the the BEST INTRODUCTIONS EVER from the hilarious and animated store manager, Jerry Thompson. Check it out: 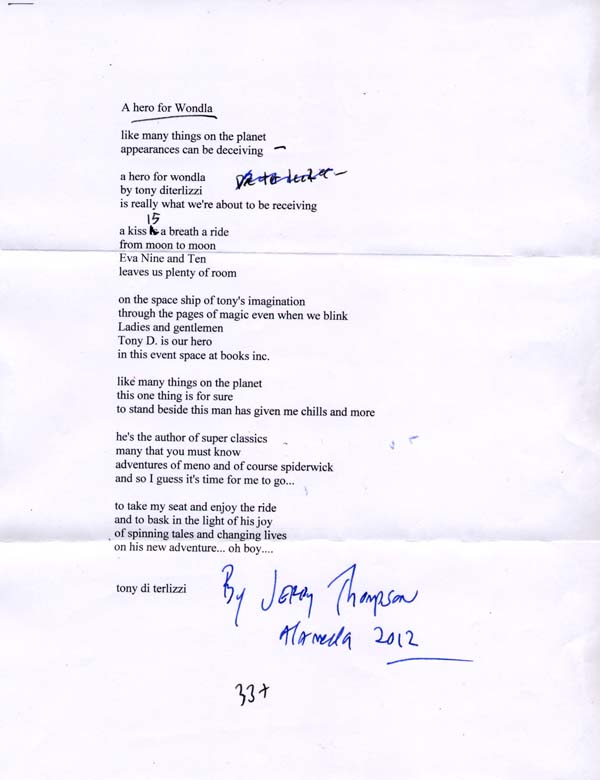 Though I’ve toured every year for the past decade, there are still places in the US I have yet to visit. Phoenix, Arizona was a highlight for me – not just because it was my first time there – but also I was able to visit some fans at the Phoenix Children’s Hospital and talk books thanks to my continued involvement with the Starlight Foundation. 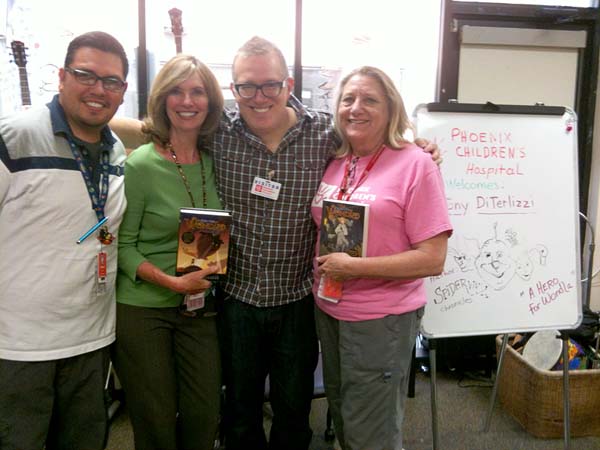 I journeyed down into Texas where I met many great fans and ate many pounds of good ol’ Texas BBQ. 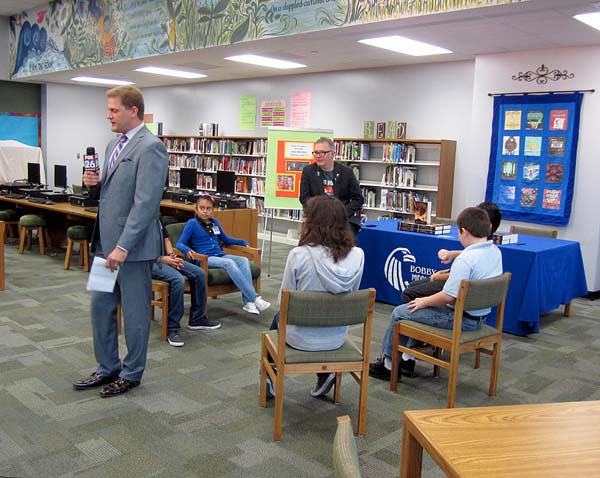 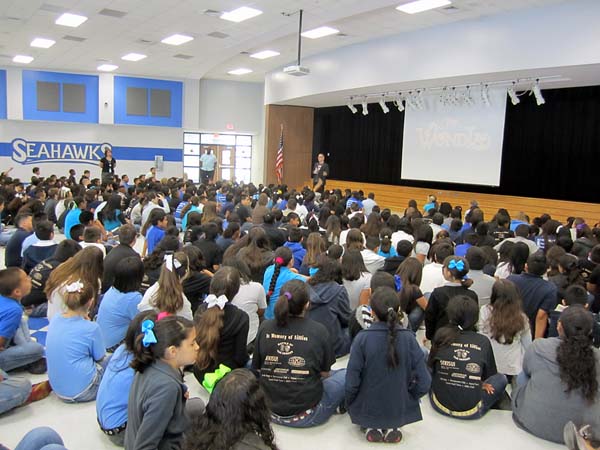 Another high point came in New York City, where I met up with my old Spiderwick collaborator, Holly Black, along with Mo Willems and American Idol, Jordin Sparks to announce the winner of “Doodle for Google” contest winner. 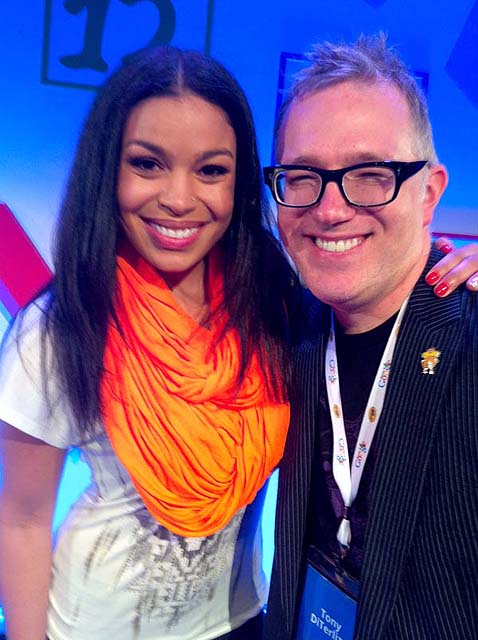 Joining Jeff Marsh (creator of Phineas and Ferb), us judges spoke to the fifty finalist on the importance of creativity and imagination. 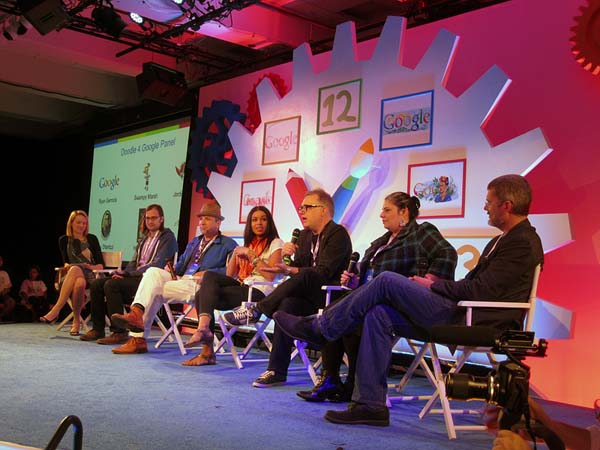 The young talent in the room was stellar. I was incredibly inspired by the ingenuity and skill demonstrated by the finalists, especially the seven year-old winner, Dylan Hoffman, and his drawing of “Pirate Times”. 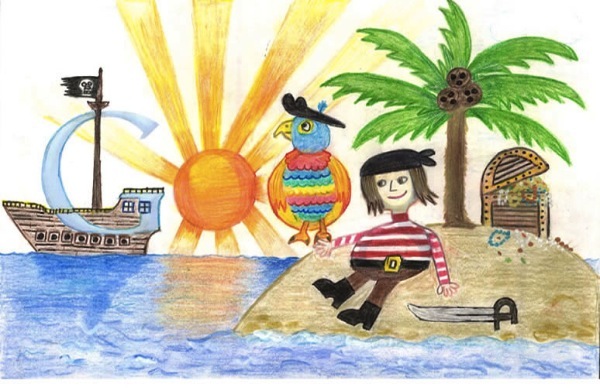 Speaking of young talent, I was touched every time a fellow artist, young or old, brought their work to a signing to share with me. It takes a lot of guts to share your artwork, or talk about a story you’ve written, with a professional (I still remember showing my D&D artwork to Brian Froud 20 years ago certain that he’d tell me how horrible it was) and I encourage any of you who have a dream of writing or illustrating to say so when you see me at an event. 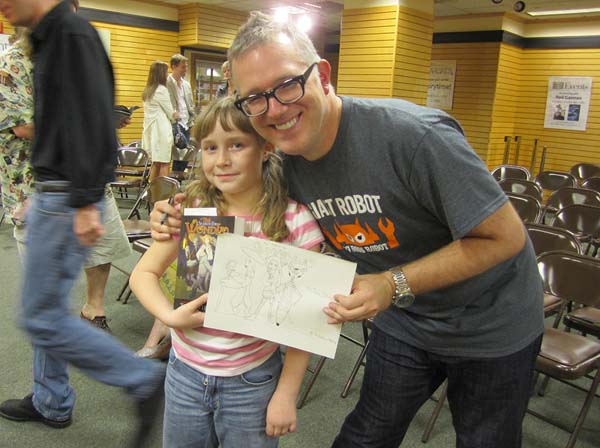 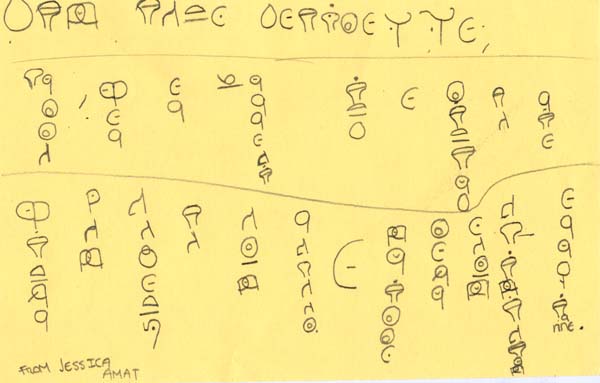 And the events for this tour ended where it all began for me – South Florida. At the Blake Library in Stuart, near my old high school and middle school, I gave my presentation to a crowd full of old friends, old teachers and family. 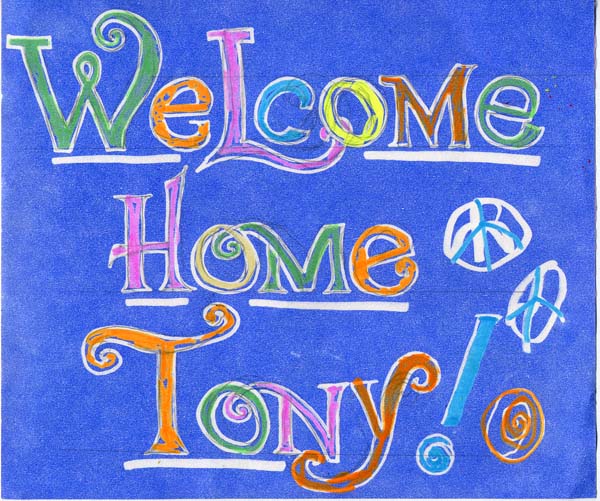 I had completed a circuit on many levels, not just returning to the source of my roots, but again, to one of the first stops on the Spider & Fly tour back in 2002. 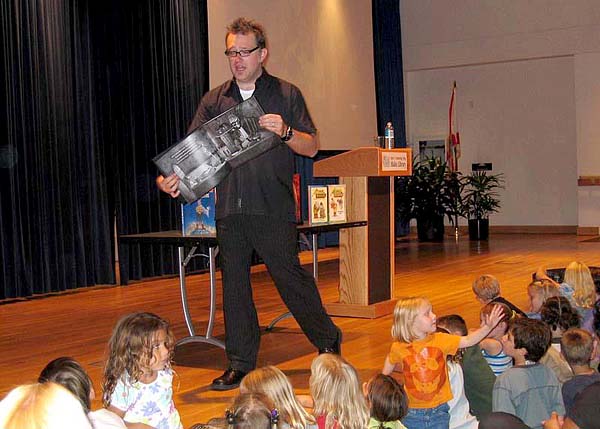 After all the fans were greeted, the photos taken and the books signed, I was haunted with thoughts of the passing time away from my family and my own mortality, obviously spurred from Maurice’s passing. My mind drifted back to last year when I stood at Arthur Rackham’s gate and I pondered this very thing.

Those troubling thoughts, perched patiently in the back of my mind were driven off by the wonderful memories I had of meeting Maurice and something he had once said,

That’s what it is all about. Now, I am back with my family, making books and doing what I love. I hope you are doing the same.

PS – want to see more pics? Check out my old Photo Album. I’ve even added some new videos on my YouTube Channel here.