Though I am dying to dive back into the writing of WondLa III, I have diverted my attention to a certain trio of siblings and their encounters with the fey-folk. 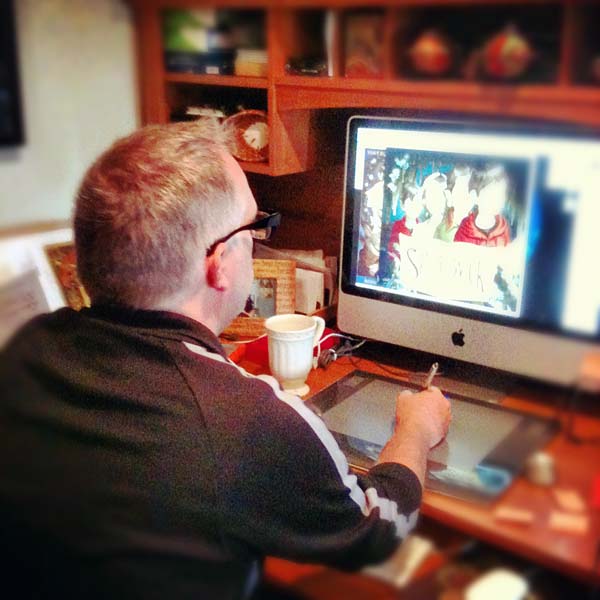 Next May, The Spiderwick Chronicles will be celebrating its 10-year anniversary(!) For this milestone, I am redesigning and illustrating new jackets for the original five books. Though I can’t reveal the finished artwork just yet, I can share some snapshots of my progress: 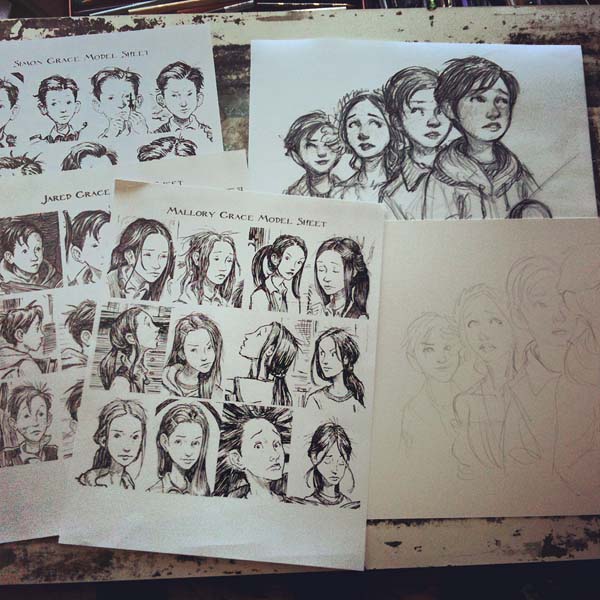 Back when I originally illustrated the chapter books, I created a reference model sheet of head shots so that I could keep the main character’s features consistent. This came in handy when I returned to drawing the Grace kids once again. Above, the rough sketch has been traced onto Bristol board using a light table. 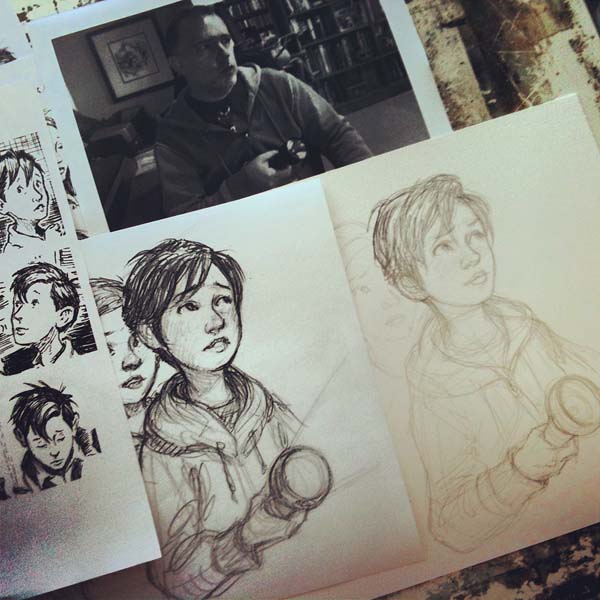 Since I have drawn these characters numerous times, I can usually render them fairly accurately out of my head. However, I still used reference for their poses to get aspects of the anatomy and details correct. All this sketch work is done in a #2 Ticonderoga pencil. 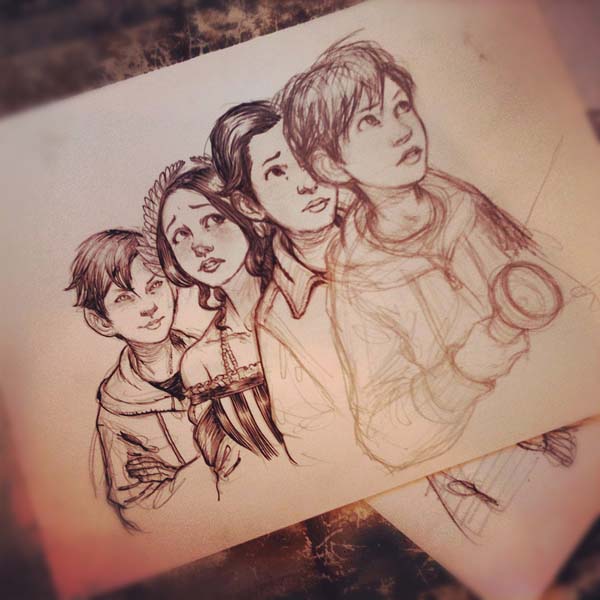 The style of art for these is a special mix of turn-of-the-century illustration, comic books and 2D animation. I never want it to veer too close to any one of these styles so it is a bit of an artistic balancing act. There are no rules per say, I’m just going on instinct as to whether the drawing “looks right”. As I did back in 2002, all images are inked using a Hunts 102 nib and sepia FW ink. 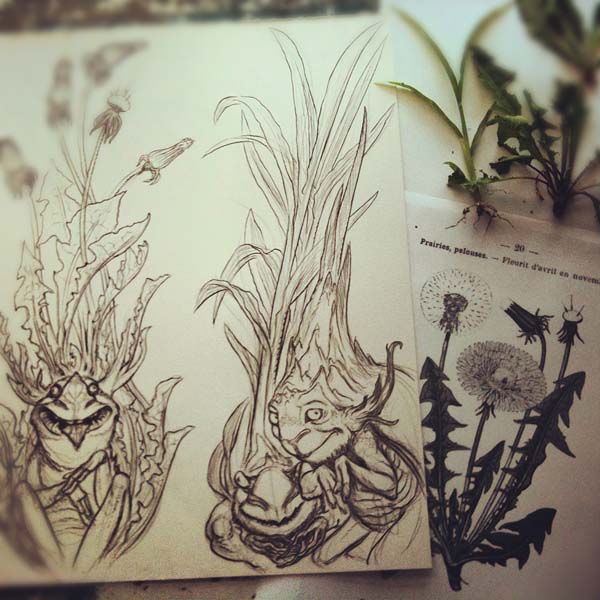 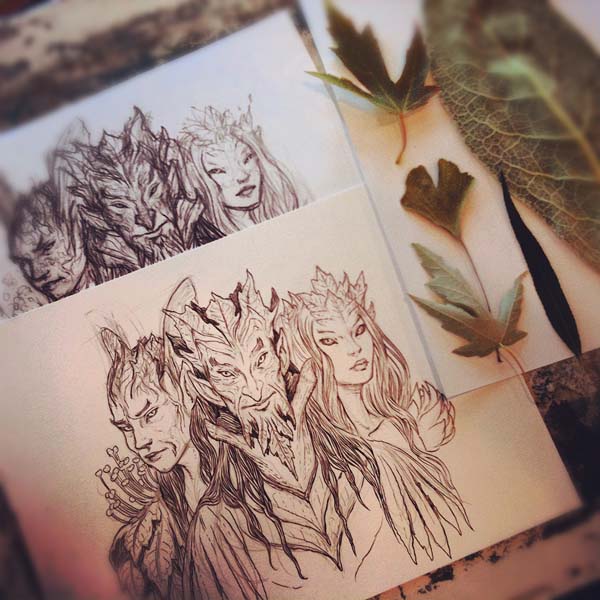 Some of the fairy fauna are adorned in plant material. I drew from leaves, grass and weeds plucked from our backyard to get the details just right. 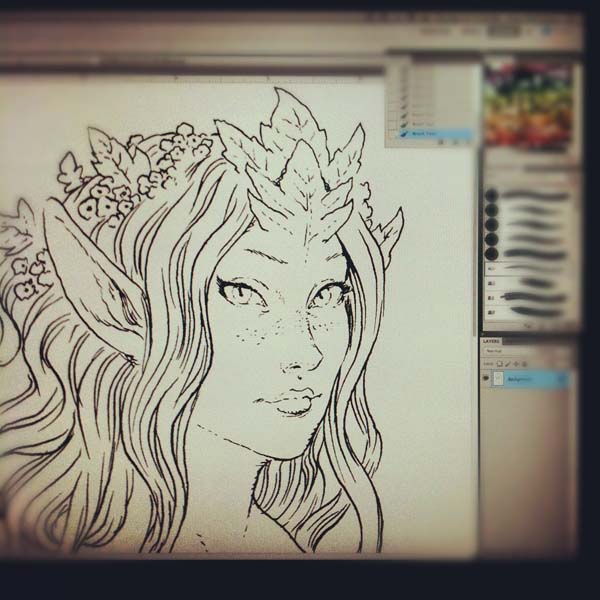 Its not always smooth sailing, especially with ink drawings. The Green-Eyed Elf maiden (from Lucinda’s Secret) didn’t quite come out to my liking the first go-around. I drew up another head and replaced the first one using Photoshop. In 2002, she would have been carefully cut out then glued on as a patch to the original ink drawing. 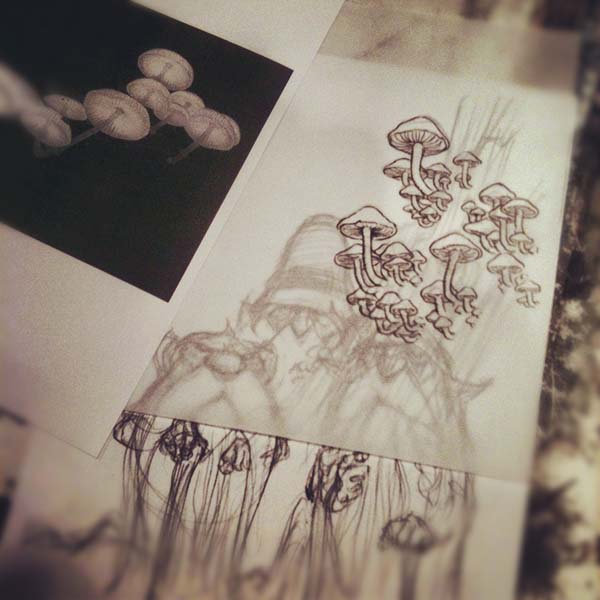 Some elements, like these bio-luminescent mushrooms, were inked separately on a sheet of vellum. I planned on using a different color for their inked line and having the art separated makes this much more convenient when it comes time to tint it. 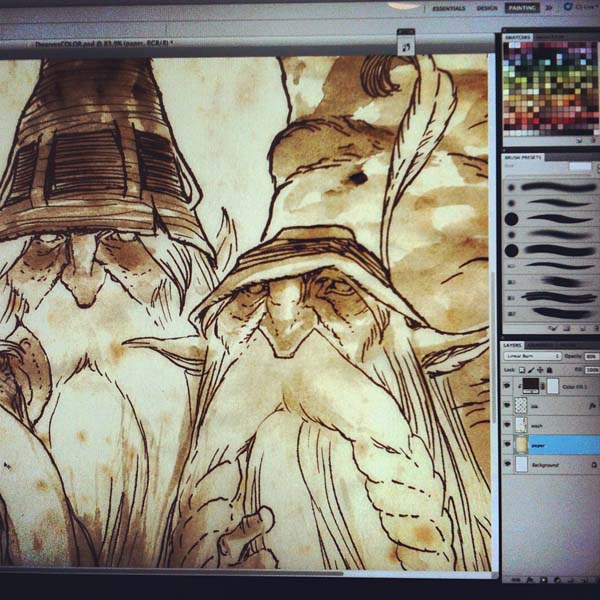 In fact, I utilized an artistic process for these pieces that I had been experimenting with for some time. I painted a acrylic paint wash on a transparent sheet of marker paper laid over the finished ink drawing. In Photoshop I merged these elements, along with some stained antique paper, to use as my underpainting for the finished illustration. Though the elements are combined digitally, at this point all are created traditionally. 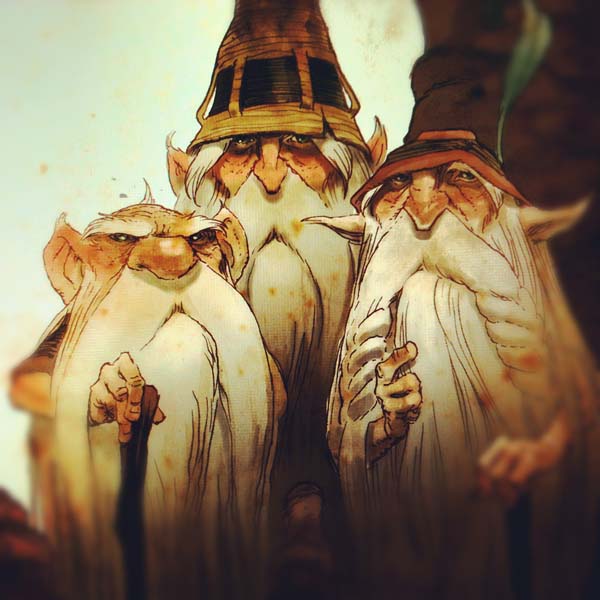 However, the local color was flatted in using Photoshop. Having the color as a separate element allows me incredible freedom to explore various palettes for the five book jackets. 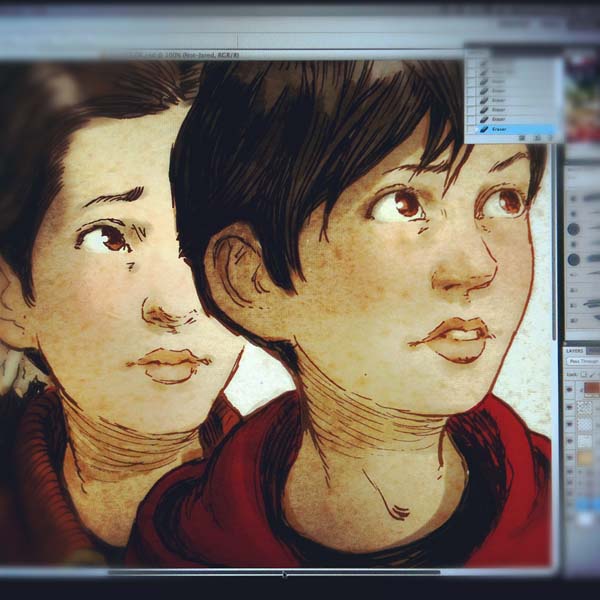 I’ll go into more detail on just how I combined all these elements next time. In the meantime, I’ve been tweeting and posting these snapshots on my Facebook and Instagram page, so stop by and check out additional pics. Seeya there.