I think it would be erroneous to say that only books, and illustrators of books, were the primary influence on my artistic style. 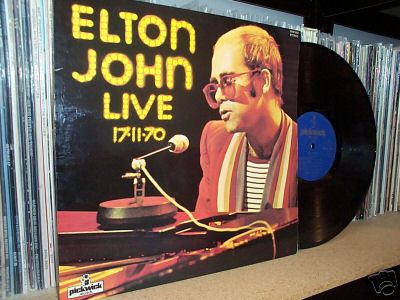 I was in a very music-loving household growing up a child in the 1970’s and 80’s. My parents had quite an LP (Long-Playing record) collection, as did I. Many a night, I would sit with the headphones on listening to my favorite bands and artists while I poured over the lyrics and oft-times surreal album cover artwork. Sometimes, the lyrics came in the form of a booklet – and even that would be illustrated.

Bear in mind that this was in the days before CDs. Record albums were 12″ in diameter and so the packaging was large, thin, sometimes textured with printing effects (like embossing, lamination, etc) and the lyrics books (if they were illustrated) were almost like…a picture book for the listener. Of course, The Beatles‘ Sgt. Pepper’s Lonely Hearts Club Band from 1967 exemplifies this type of visual packaging best. 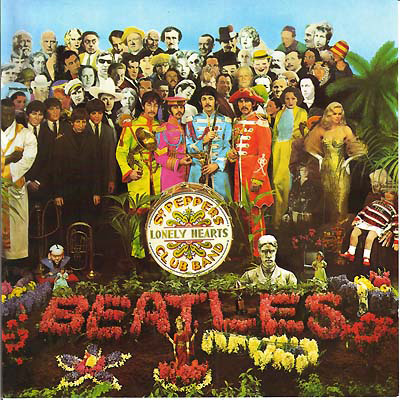 …as does The Rolling Stones’ Their Satanic Majesty’s Request. 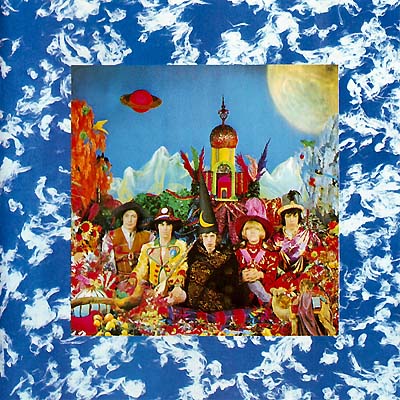 These spawned a plethora of lushly illustrated albums in the 70’s by such artists as Cat Stevens, Yes, Pink Floyd, and my favorite from that decade: Elton John. 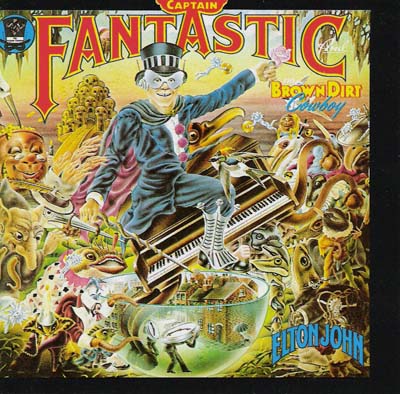 In fact, Elton’s autobiographical 1975 album Captain Fantastic & The Brown Dirt Cowboy is still a fixture in my studio today. The pseudo-symbolic-Bosch-like world, depicting the hurdles of the music industry and the price of fame, was magnificently rendered by British illustrator Alan Aldridge. It is no surprise to me that Alan also illustrated many children books of the day, as there is a children’s-book-like quality to his rendering style despite the subject matter.

As we all know, compact discs are now the norm for packaging today’s music (yet I wonder for how much longer). Though the visual real estate has receded from the 12″ album sleeve to the 4+” of a jewel case, there are still some wonderful examples of great packaging. Maroon Five’s debut album, Songs About Jane, comes to mind… 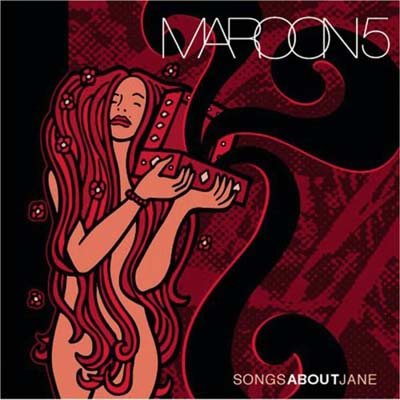 …as does Keane’s Under the Iron Sea, both of which utilize a simpler, more graphic style, which I think suits the package size better.

I can’t think of any of my artist-buddies who haven’t dreamed of rendering an album cover for their favorite band. I even toyed with the idea of contacting Elton John when I heard he was recording a sequel to Captain Fantastic – instead, I held out hope that perhaps he would return to Alan to work his magic, but alas it didn’t happen. 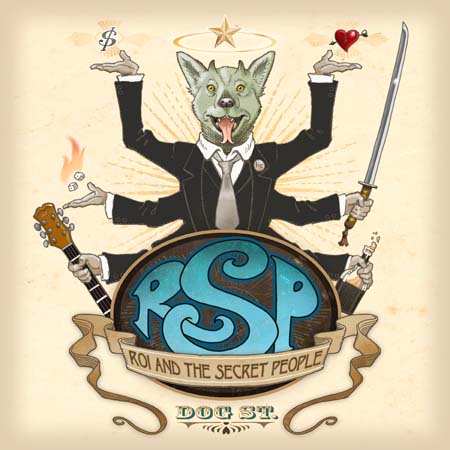 But I did get to design the cover for the band Roi and the Secret People. This actually holds some significance as the lead singer, Mike Roy, has been my friend for many years. He even introduced me to a funny, young gal named Angela way back in 1995…

PS – Okay, so I have never prompted for replies before, but I know I didn’t mention a lot of awesome album covers (80’s bands had some great ones like Journey and Asia). So what is your fav album cover?