From A Hero for WondLa:

At the park entrance a beeping gondola landed, and the bubble doors opened to reveal two other teenage girls. Both looked nearly identical to Gen…

…”So,” Gen said, locking arms with the other girls. “These are my two darlings–Gen and Gen.”

“We are known as the three Gens!” they said in unison.

Courtney Armstrongis a Canadian artist whose work exhibits a nice blend of traditional 2D animation and anime styles. Both Angela and I were over the Orbonian moon when she sent us a link to her rendition of the three Gens from WondLa. Check it out: 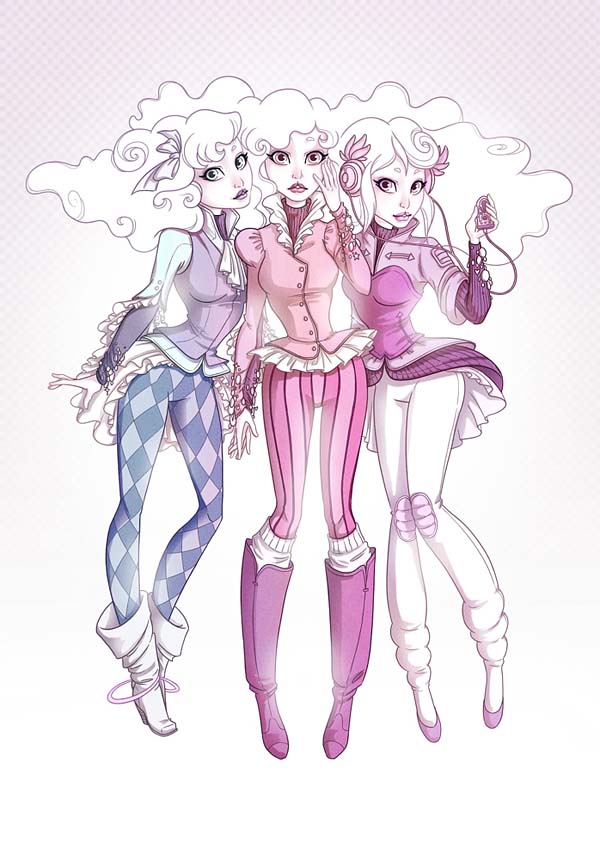 Favorite detail: the old-timey radio used a music player. I want one! 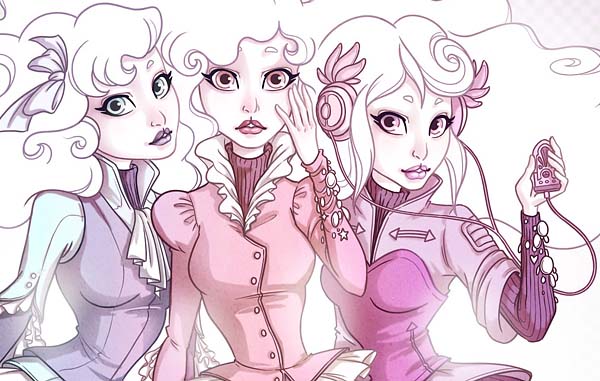 You can check out Courtney’s blog to see these images (and more) along with some of her process. Its very cool stuff.

Thanks for taking the time to render this for FFA, Courtney. I showed your piece to Gen Pryde. She wanted me to tell you how ROCKET it was.