Hi-ho all my friends and fam!

I apologize for not being as active as I’d like to be, but I have been unbelievably swamped with multiple projects. A good problem to have, for sure, and I am hoping I can go into detail about them next week…I am just waiting to hear back from my editor on what I can share and what will have to remain top-secret. 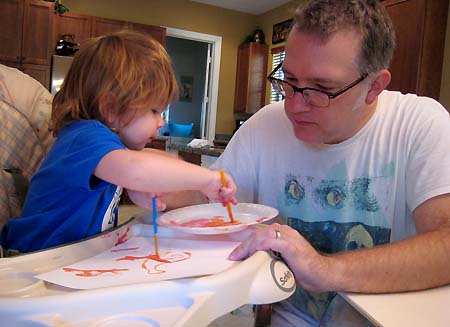 We’ve been in Florida for the winter. This allows Ang and Soph to go off and play for the day while I work. Its been quite an interesting experience for me – as I am surrounded by the world I grew up in, allowing me to tap into the boy-version of myself while I create.

Part of getting set up down here was emptying out an old storage unit which contained personal effects, some old LP records, some puppets I had made, A LOT of Star Wars toys (which I donated to charity this Christmas, sorry Joey B!) and A LOT of my old art – from grade school to college…whoa!

Since we are here for the remainder of February (and not able to get my mail in MA), I’ll post fan art that I have done over the years, starting with these proposed submission which I was thinking of sending to DC comics back in 1993. 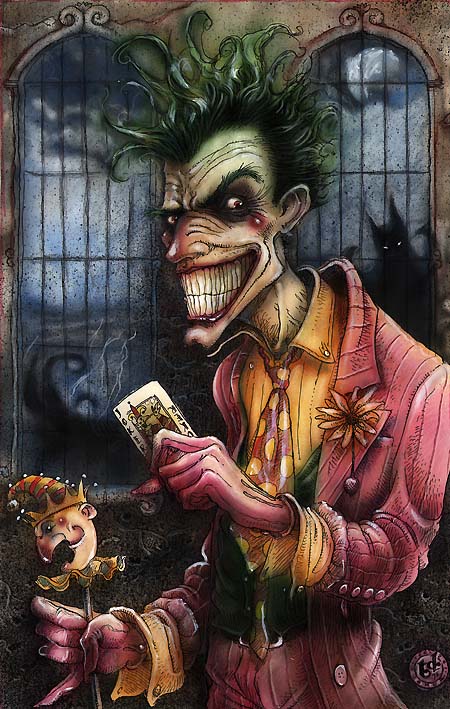 I had just finished taking classes with the late Will Eisner and was serious about submitting to my favorite comic titles. But, I never felt I was up to snuff, so these images were tucked away in storage…until now. 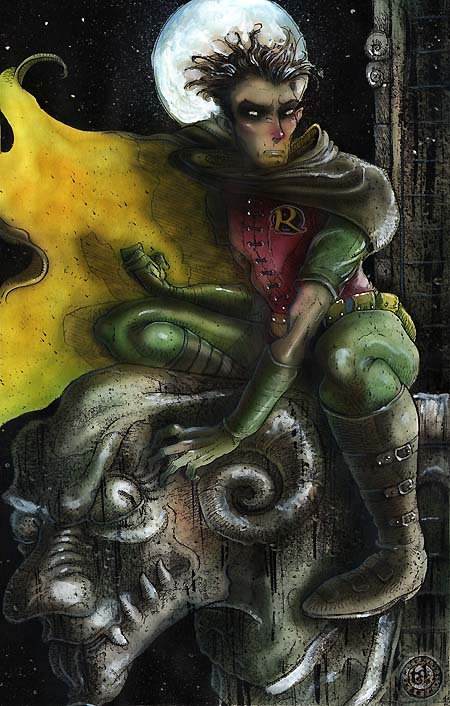 Obviously, I was influenced by Tim Burton’s vision of Gotham. However, the Penguin’s outfit bears quite a resemblance to Mr. Spider from The Spider & The Fly. 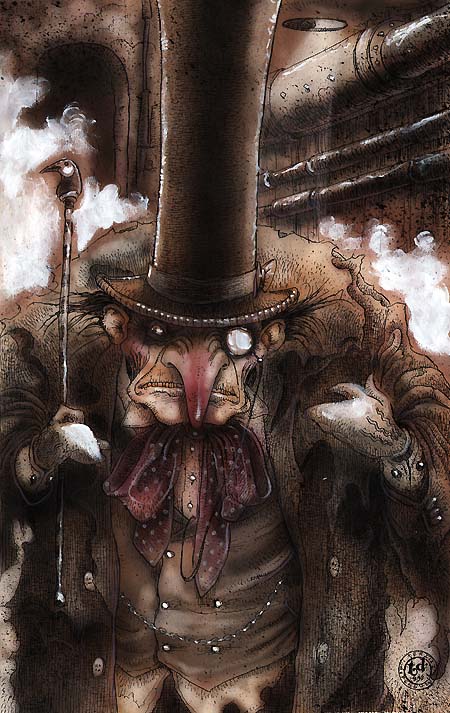 So I guess this stuff never really goes to waste…in fact, the toying with these mediums (I think I was airbrushing FW inks) helped develop my style for the Planescape books which I started the same year… 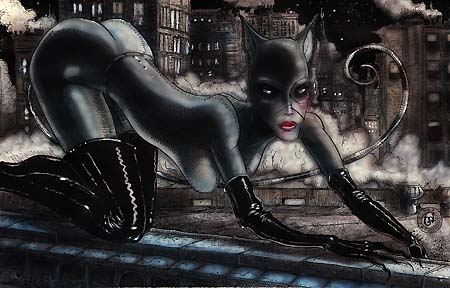 
Back to main news page