A Daily Jaunt Through the Planes (Pit Fiend) 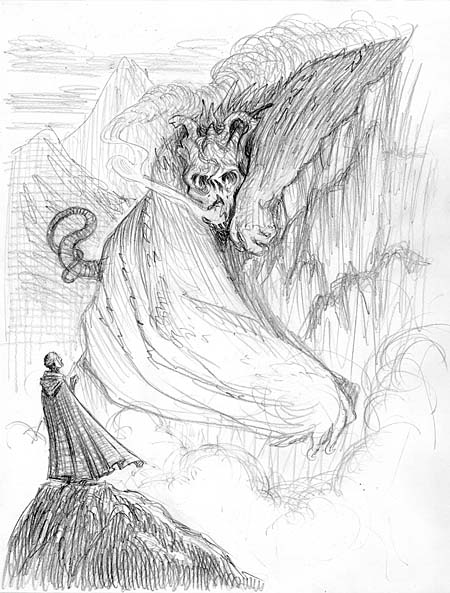 Planescape’s underworld was, of course, modeled after Inferno in Dante’s Divine Comedy. I haven’t read that book since college, but a good pal of mine sent me a newly translated version last year – and I am finally starting to read it. Written a little more…”cleaner”, this version still retains the poetic verse and I’ve enjoyed it so far.

Anyways, here’s Dante out on a solo adventure speaking with a pit fiend…I think he’s asking where a good restaurant might be.