A Daily Jaunt Through the Planes (of my past) 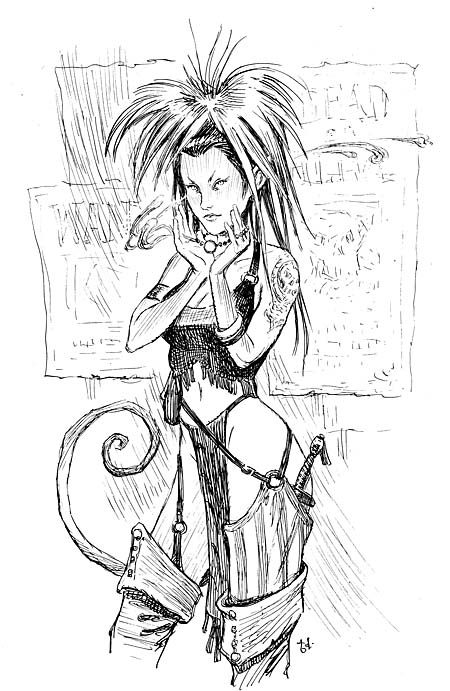 No, my dear old gaming fans, your eyes do not deceive you. This is a tiefling which was sketched yesterday and inked today.

I am not working for TSR/WotC/Hasbro, in fact; I am drawing and inking away on the upcoming Spiderwick book, A Giant Problem. Part of my routine, when I am on such an intense deadline (and this is one), is “warming up” with some sketching to get my brain-eye-hand-coordination up to speed before I begin the final illustrations. 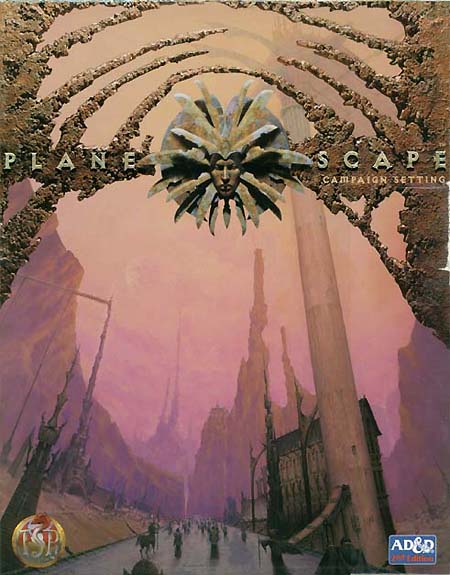 And I’ve been feeling a bit nostalgic. This year marks the 10-year anniversary of my farewell to the Planescape role-playing-game (my last book was the third Monstrous Compendium in 1998). As I have said before, I really enjoyed working on that game – despite the insane deadlines. Children’s stories were always my big career goal, but my involvement with Planescape helped me understand how to visualize and build a fantastic world for characters to dwell.

So, over the next week or so, as the urge hits me, I’ll revisit some of the old people and monsters that I drew all those years ago…and I hope you’ll enjoy them.

This gal was actually transfered from the original 1996 sketch. I made some obvious changes as I inked her with a Hunt 102 nib and FW ink – the same medium that I used back then. 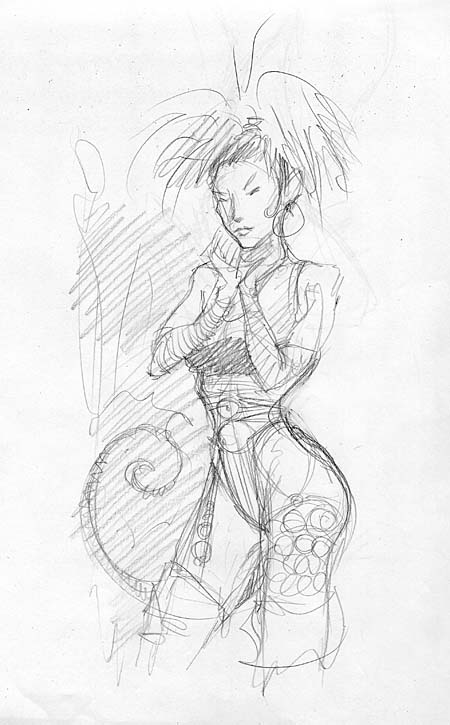 First off, I actually have her doing something. In the original she was just posing, as I likely copied the pose from a fashion catalog – which I used often in those days. Here, she is holding out her necklace and casting some no-good-spell. Also, I hinted at the shadiness of the area she is hanging out in by scribbling in some “Wanted” posters. Her look and attire, as it was then, was inspired by Pris, Daryl Hannah’s character in the 1982 film Blade Runner.

PS–Let’s see if anyone can remember what book this gal is from…I’ll send a set of my d20 character sheets to whomever posts it first:)