A Daily Jaunt Through the Planes (Githyanki) 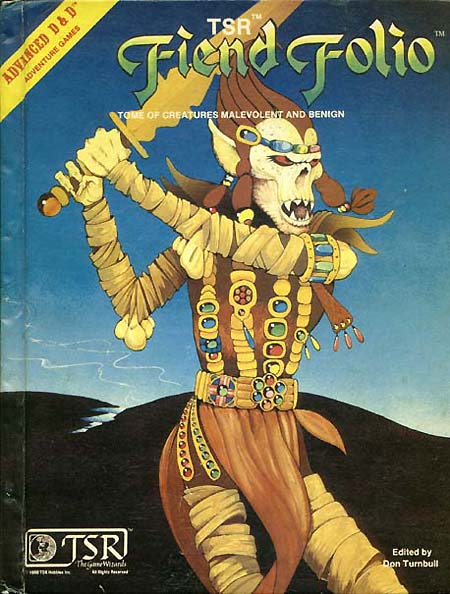 Ah, the nefarious, notorious githyanki. For us older gamers, we first saw these Astral killers on the cover to 1981’s Fiend Folio – and fell in love with their rich backstory and bizarre appearance. They always reminded me of some alien race on Star Trek, like the klingons.

Anyways, I got the opportunity to render them, and their githzerai cousins, quite a few times for Planescape starting with the first Monstrous Compendium. In fact, I still remember one game reviewer saying that my Planescape art reminded him a bit of Dr. Seuss (*see my postscript). I wonder if he was looking at my Grinch-like githyanki design? 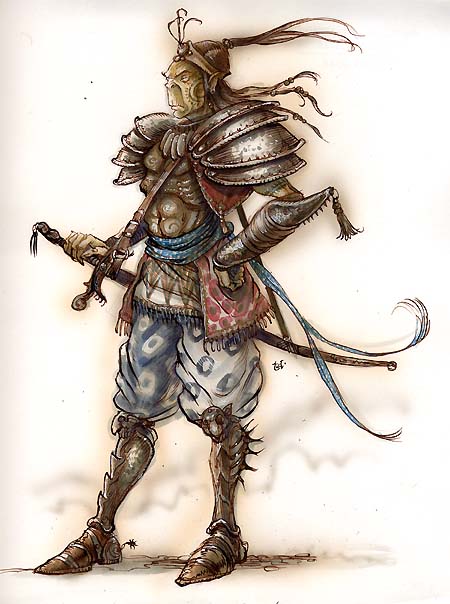 Actually one of the key Planescape game designers, Zeb Cook, showed me some books he had recently purchased from Japan on an artist named Yoshitaka Amano. Of course, the artwork totally blew me away. Back in ’94, I don’t think many knew of his work here in the states, but now his work (rightfully) is much more known thanks to the availability of his lavishly illustrated books. His costume design and patterning were certainly an influence on my githyanki images. 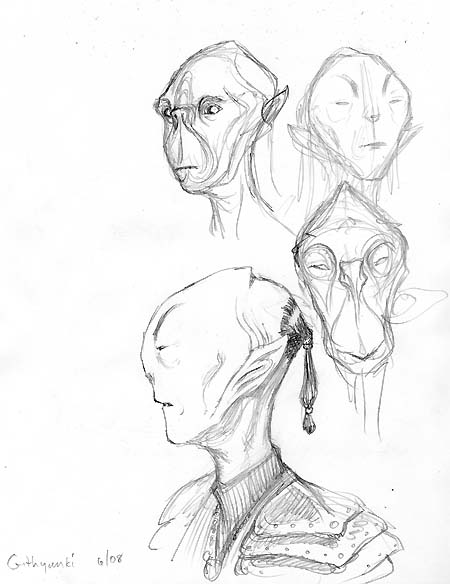 This morning, I played around with the original Fiend Folio cover pose while incorporating bits of the original and my Planescape design. In my attempt of maturing as an illustrator, I veered away from the “look I am evil. See my evil face?”, and created a more alien, otherwordly look. Besides, the actions of these villainous rogues certainly define their alignment. 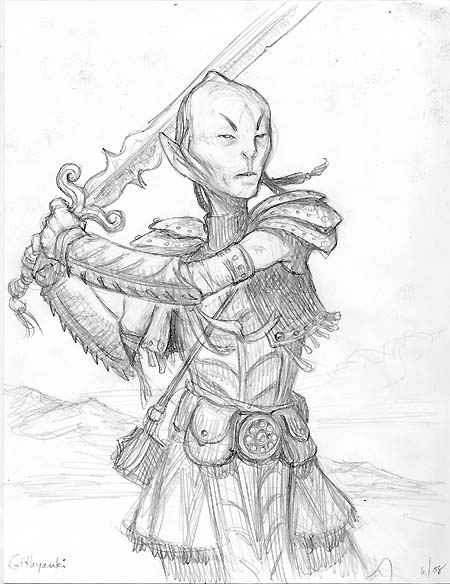 PS – Speaking of nonsense children’s book authors, did you know that the githyanki’s main weapon, their vorpal sword, was originally created by none other than Lewis Carroll for his poem “Jabberwocky” in Through the Looking Glass? That’s so cool…