A Daily Jaunt Through the Planes (Farewell)

As the week ends, I find myself back at the beginning of my work for the role-playing game, Planescape. The first color illustration you see in the Player’s Guide, found in the original campaign setting, is of a halfling showing his adventuring companion how to make the portal to another plane open. 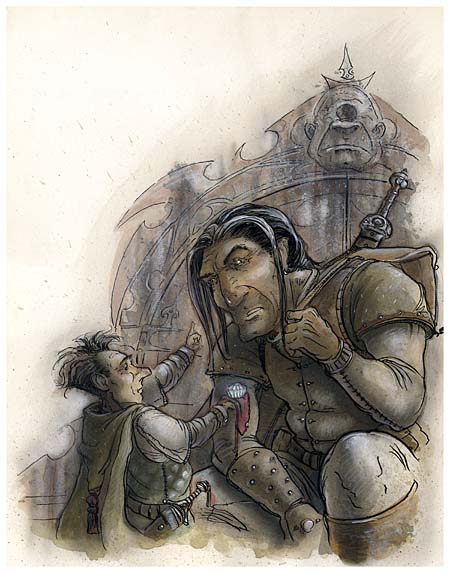 So I thought it would be fitting to redraw this one from 1994. It was one of the first finished images that I created for the line. 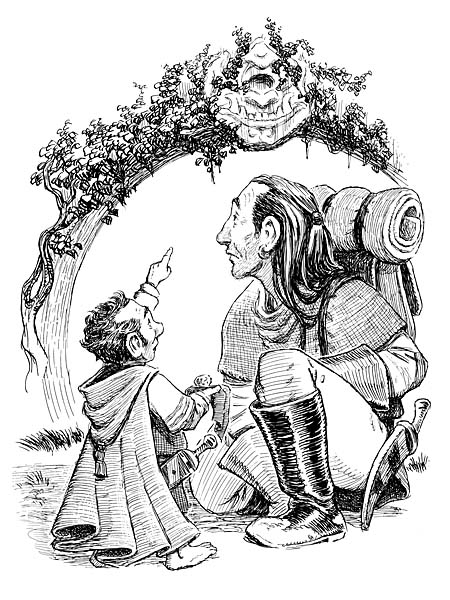 Ang and I went to see Sting in concert down in Florida during the time that I was working on Planescape, and I remember that I really liked how he had reinterpreted his old Police songs. It showed that the music was original and could be played in many variations but still be the same tune. I have felt that in redrawing and sharing some of this early work of mine has been like that – there were obvious technical advances on my part as an artist over the years, but the design ideas and imagination that went into the imagery for this game still held up over a decade later…and I am proud to have been a part of it.